It goes without saying that social media is slowly getting huge in Pakistan. Social media is a key driver behind the uptake of online sales and digital communications strategies. Having said that, it is certain that social media is changing the digital marketing landscape. With improved statistics, clear advertising parameters, and constant growth in user base, social media surely deserves greater attention under your marketing budget. Also, not to forget, Pakistan, of late, has surpassed South Korea, Canada, Australia and Spain in terms of online population.

However, despite the popularity, many online marketers in Pakistan aren’t sure which social media strategies could bring them higher ROI but believe social media marketing is crucial. With more than 50 million small business owners across the world that want to connect with their customer through Facebook Pages, there is definitely more to the numbers. So here are some noteworthy digital and social media marketing stats and facts from Pakistan in 2018 that can help you create your digital marketing plan this year with a sound mind! 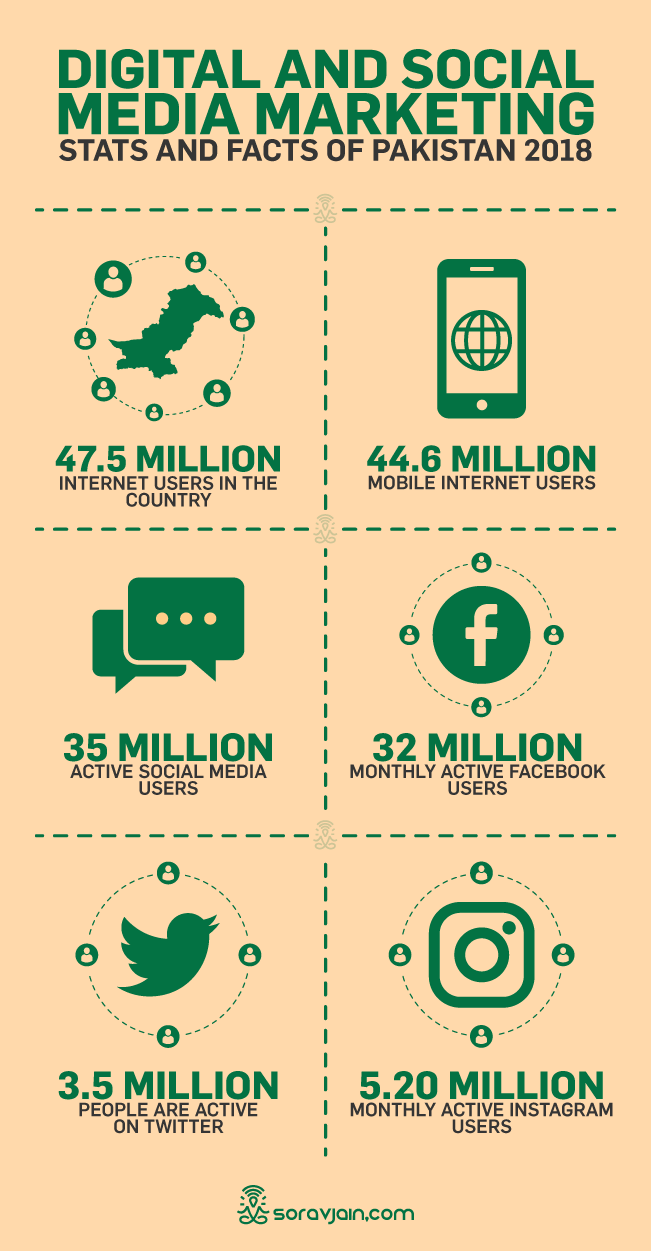 As of January, Pakistan has a total number of Population of 198.9 Million and it would be interesting to note the numbers that are contributing to the social media growth.

Here are some of the facts and statistics of Pakistan’s digital and social marketing growth in 2018.

Have something to share? Talk to me in the comments section below!