Singapore also called the Republic of Singapore, is a sovereign city-state. This is a city-state in Southeast Asia. It is in the southern tip of the Malay Peninsula. It is often considered a global commerce, finance and transport hub. The digital influence and social media penetration is great in and fairly a vital indicator of how much information is passing on between the different people. Considered a fairly young city, with a lot of youth crowd, digital communication is a very important aspect of how they spread the word. Additionally, it also ranks 5th on the UN Human Development Index and is rated as the city-state that is 3rd highest GDP per capita. It is ranked highly in education, quality of life, personal safety and housing making it one on the leading places for digital to grow. The statistics, therefore, proves this appropriately. 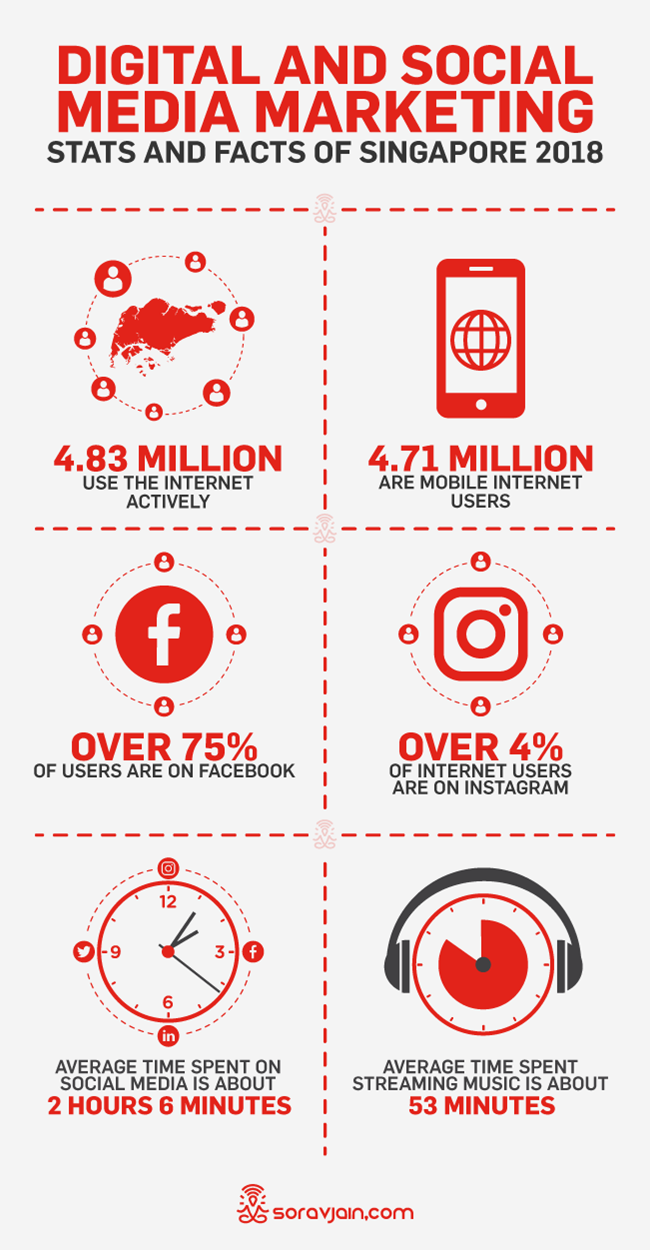 Interesting digital and social media stats and facts from Singapore:

Overall it is clear that Singapore uses digital and social media extensively. It will be interesting to see how much this growth path will extend as more people join the digital and online community in the coming years.