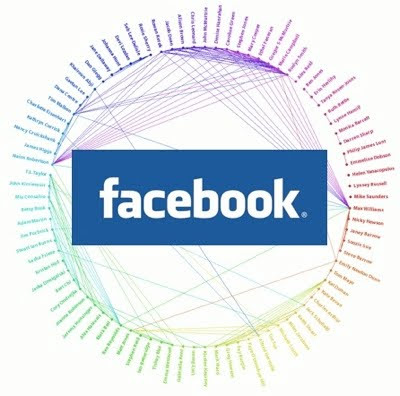 Facebook’s recent Open Graph announcement has been making all the news. While many have heralded the dawn of Web 3.0, the media, unable to comprehend the excitement going all around the web, have crowned Facebook as the new Google, making ambitious assertions over how the popular ‘like’ button could replace the links, the raison d’etre behind Google’s monopoly over the web. Whoahh! If we could let the feverish excitement peter down for a while, we shall begin our journey to understand what it means for the future of the web.

An introduction to Open http://www.blogger.com/img/blank.gifGraph

What is Open Graph? What is so open about it?

It’s an ambitious conceit daring to change the fundamental core of our web experience. The timing could not have been any better, considering the tsunamic explosion of social media in the recent years. It is one of the first steps in realizing Sir Tim Berners Lee’s vision of building a semantically aware web where information is organized based on individual engagement with the information along with its relevance, thus opening up the silos of information.

Let us start our journey from Facebook to understand this further.

Most of us are familiar with Face Book ‘Share’ and ‘Like’ features where links and photos are featured in the news feed, recommended by our social network. Several social networking sites which sprang up after Face Book began to incorporate such features and began to annotate the information users shared in the network.

The volcanic explosion of such social networks in the recent years led to creation of several huge social islands, populated by a passionate set of adopters, who began to share their lives in these islands. They had to undergo the trouble of trudging through them as they played different roles in each of them, built to suit their needs with distinct characteristics. Using social Plugins that would enable “like” buttons in every website, Face book will create a common platform that would merge these social islands into unified, whole network. This would help in creating Linked data, as envisioned by Sir Tim Berners Lee, dramatically changing the purview in which information is sought.

So what’s the fuss all about?

• While this experiment sounds exciting, it will be naïve to assume that this would replace the world of links. While we might depend on our peer group to decide on the restaurant we wish to go, we would rather prefer an expert opinion when we are about to decide the course of treatment for a specific symptom.
• It would be pragmatic to perceive open graph as an added dimension in which documents would arrange itself personally, along with the traditional page rank algorithm we are so used to.

I know what you’re thinking at. While Face book likes us to believe that the fears of piracy are unfounded, this experiment brings in the Benefits Vs Privacy Conundrum in far bigger scope than any other innovation in Facebook ever warranted. While it ambitiously seeks to integrate the various social islands we’ve built, it would work only if we are willing to lose control and repose trust in this panoramic web of networks which Face book strives to build.

One thing is for sure. The meaning of Viral Marketing would take a grander dimension, far beyond our conceptions, thus transforming the way businesses existed in the web. Exciting days are indeed ahead.