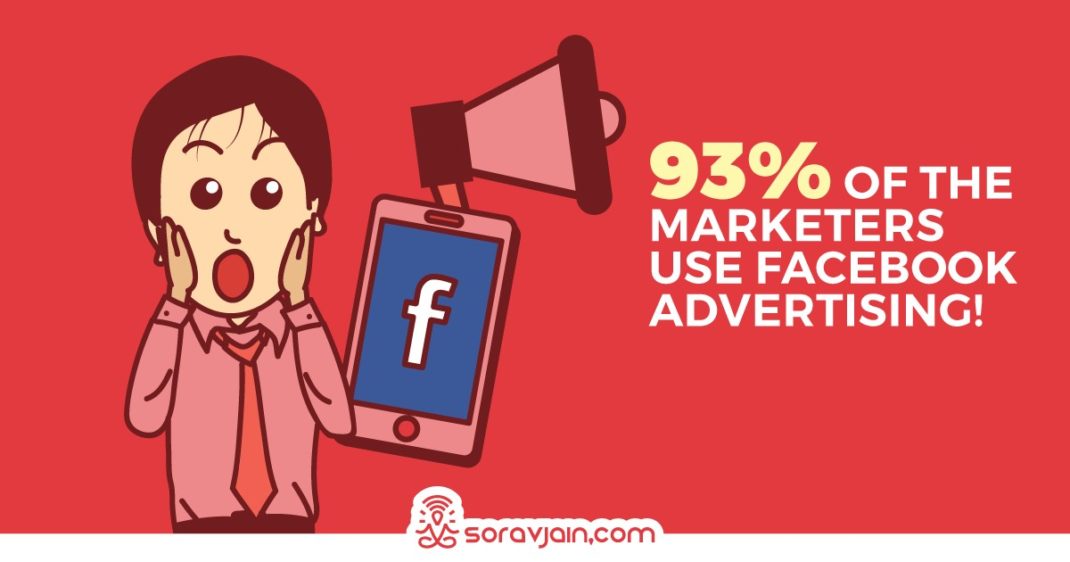 Facebook, was the first proper mainstream Social Media, that has both the common people and brands hooked up. While it helps people to communicate and connect, it helps brands target audience worldwide, which is not possible through traditional marketing.

The vastness of its user base has made Facebook the most populated place surpassing China’s population by a Billion mark! To make this number grow even further Facebook has announced some big updates that will hit the market within this year.

This Social Media giant has some insane usage stats and it shows no signs of stopping.

Here is a list of Stats pertaining to the likes, shares, and comments: 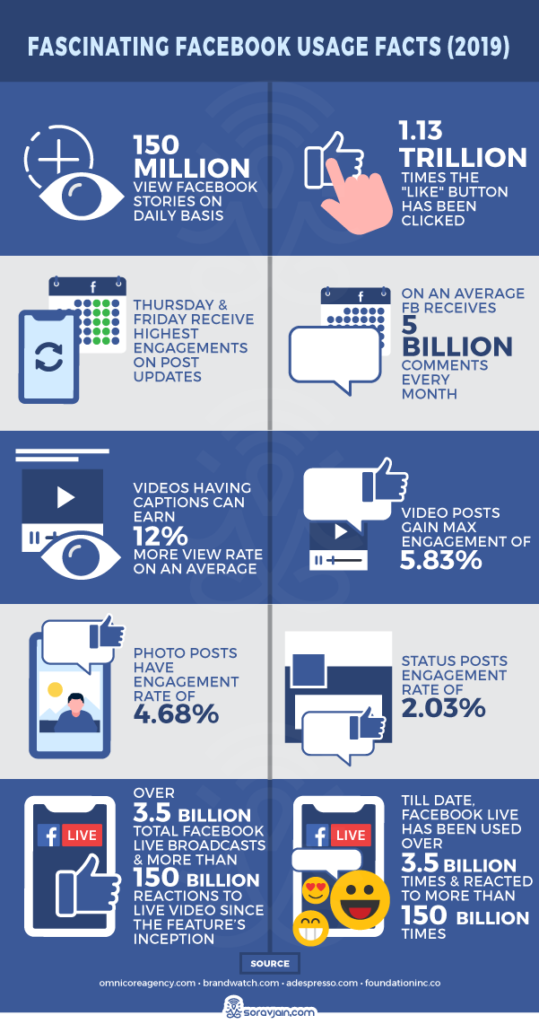 From messaging to connecting, Facebook has a dynamic Interface with so many options to choose from.

Here are a few stats based on the Users’ activity on the platform: 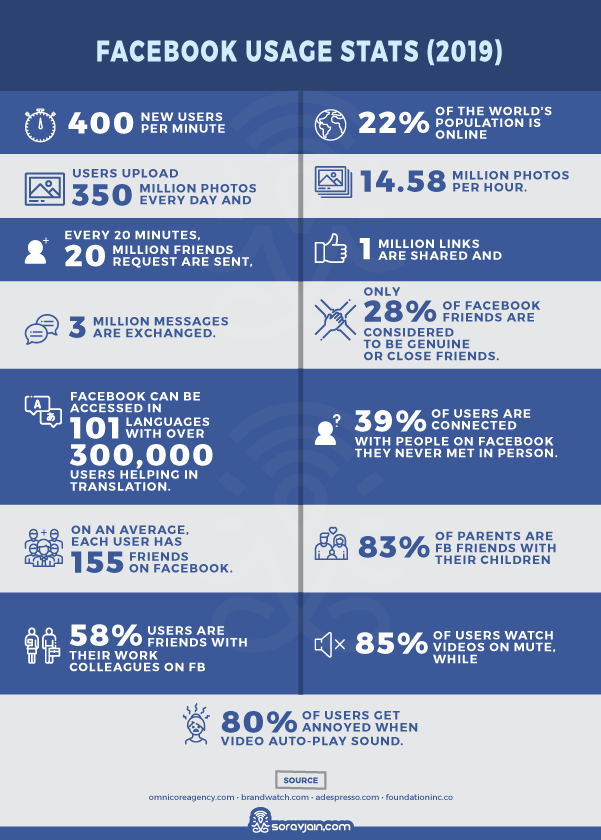 Take a look at a few Smartphone Stats: 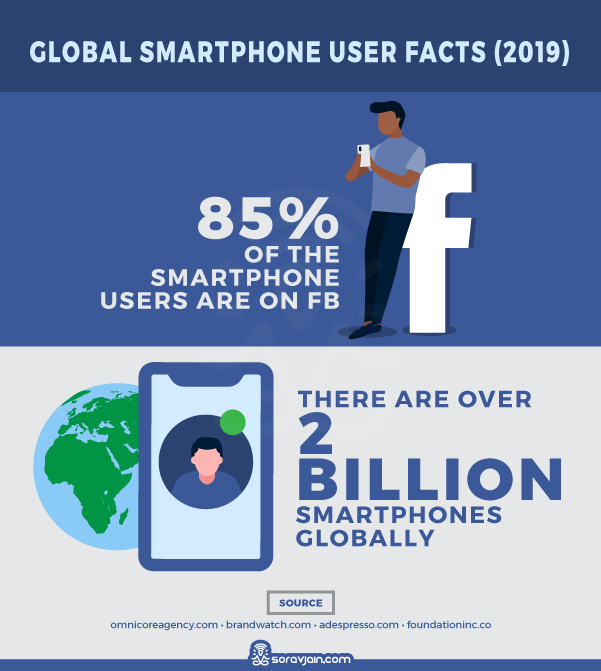 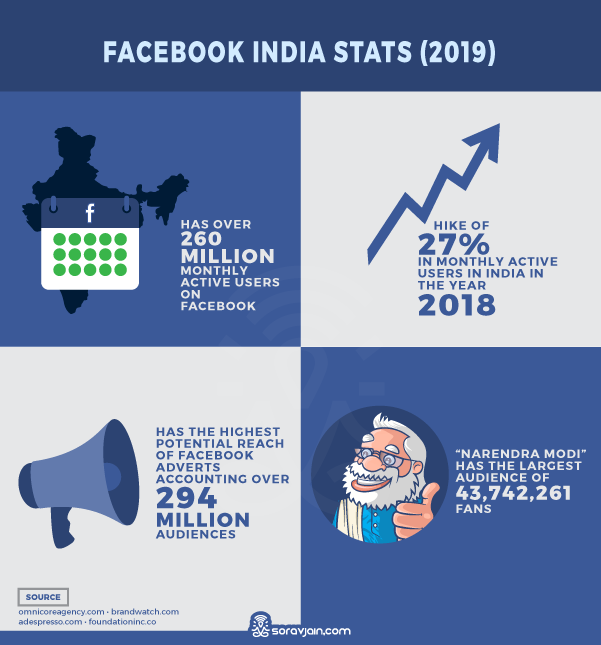 Just like many other Social Media channels, Facebook is also a youth-centric one. With easy access to smartphones and cheap internet, the Youth category of people has given Facebook the big swing of 2 Billion. 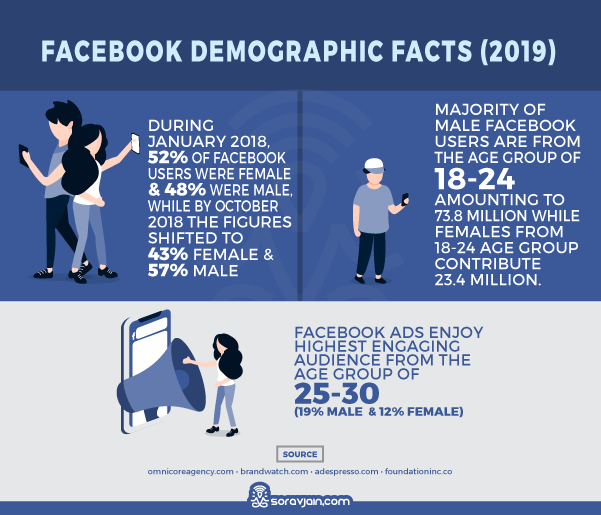 These stats prove that Facebook is a mean to achieve a huge influence and it just cannot be ignored in anyone’s marketing strategies.