Social Media marketing case studies are always interesting and inspiring to read. There is lot we can learn from and stop ourselves from making social media blunders. It is also good to note that many small and huge businesses are trying their hands on this ever growing genre of social media marketing. One can easily […] 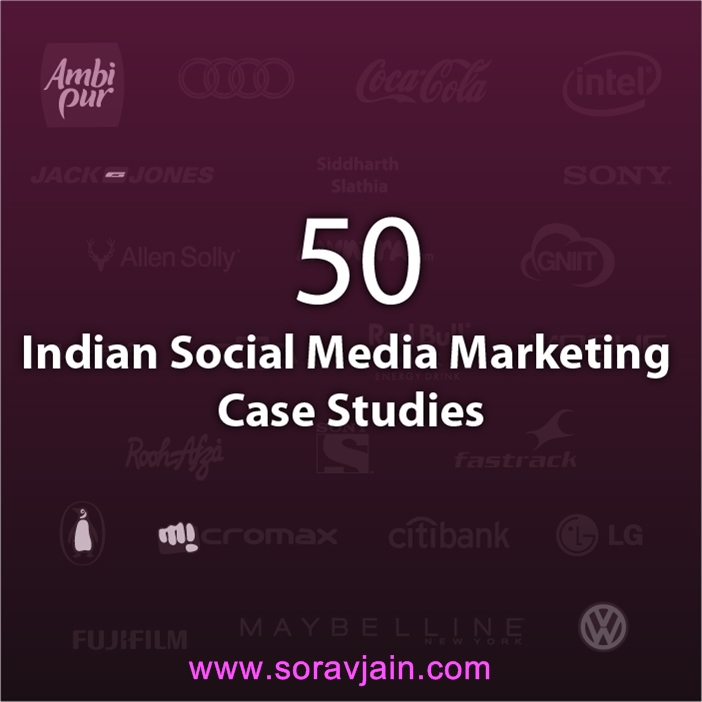 2. Siddharth Slathia – They say, “If opportunity doesn’t knock, you build a door” Siddharth Slathia, an upcoming singer from India build his door from a humble start with a video upload on YouTube. We now call him ‘A Rockstar in making’, join us to know his journey – Read Case Study

3. Citibank – The idea was simple, Challenge the weekend shoppers with a task to Unscramble 12 scramble pictures in 48 seconds. Citibank invited bloggers from Chennai and Bangalore. Read ahead to see how a serious business of taking up a Loan was spread across the audience so well, Case Study.

4. LoveAudi – A Tweet for your love isn’t much to ask. In a Twitter contest Audi asked people to give a reason why they love Audi to win iphone, ipad, ipod and merchandise. From videos, photos to some amazing tweets, Audi sure got the answer. Read Case Study

9. Intel – How would you feel if you could visualize your entire life in a 3 minute video? With a visual treat, Intel launched a Facebook campaign “Intel Museum of Me” to build brand awareness of its new product Intel i5 processors. With Just a subtle mention of Intel at the end, it sure creates a long lasting impact on us. Read Case Study

10 Sony – Pined anything yet? Well, Sony understood the power of Pinterest and designed a strategy that brought them great traffic and new sales. With a dedicated team to execute their Pinterest profile, see how they generated their degree of success. Read Case Study

12. Allen Solly –Don’t we all Enjoy the shopping season during a SALE! Well, Allen Solly started a “Scratch Card” Facebook application to translate engagement with fans and customers online on Facebook into footfalls and sales at physical stores. Here is what’s amazing, a 2194% RoI. Read Case Study

13. Sony Pix – Tagging drives if well executed have never been a disappointment. With the “Web of Amazing People” campaign Sony Pix played an amazing marketer. It was created to promote the TV premier of The Amazing Spiderman on 16th June 2013 through an integrated digital campaign. The entire drive was a three phase plan with distinct individual aims but one final aim. Quite a thinking!

14. Vogue Eyewear – To make a grand India launch of Vogue Eyewear a unique campaign was integrated were people had to guess who is the next brand ambassador from India but, here’s what they did different- a mosaic of 20,000 tiles. Each tile flipped on a correct guess and amazing prizes were given. Different as it sounds a 390% increase in Facebook fan base is a great achievement.

15. Once Again –Here’s a case study of an NGO that has taken social media for leverage to drive donations. “The Tagging Drive” on Facebook helped the NGO “Once again” to drive donations. Not just the tagging, but the cause of helping someone complimented the initiative and thus it was one of the most Viral campaigns.

16. Maxx Mobile – In order to create buzz about MSD7 Android mobile, MAXX launched a Facebook campaign during the Valentine week. The task was a little over board, fans were expected to download and upload MAXX designed cover photos. But it did create the buzz with 6000+ likes in three days on MAXX Facebook page.

17. Delhi Safari – With an idea of conveying a global cause of deforestation and wildlife protection, ‘Delhi Safari’ used the social media to maximize their reach. Here’s a Facebook case study on how the animated movie managed to gain maximum engagement on Facebook by posting creative content and adding in some gamification.

18. Superdry – A virtual journey of Superdry from UK to India to as Twitter campaign was launched that converts users to digitally drive the iconic Superdry Morgan 3 Wheeler roadster to India, by converting tweets into fuel for the car.

19. BIG CBS – We all enjoy the thrill and excitement that revolves around a Premier show. For the launch of its new show “under the dome”, firstly invites were sent out the Twitter user to create awareness. What followed was twitter campaigns, contests and live reviews. Read Case Study

20. Shine.com – trending No 1 for straight 27 hours in India, #YaarTuGodHai contest was launched to create awareness about the TVC launch and how a friend can get you a job.With an apt launch time Shine.com did get the best of results. Read Case Study

23. Rooh Afza – Rooh Afza promoted their brand around Holi via contest, ads, viral posting and various other methods. From 306 fans to 44040 in 20 days! Surprised? They understood the bond rooh afza had during festivals and this promotion drive launched just at the right time – Read Case Study

24. Micromax – Optimum engagement was done to drive maximum participation for the contest #MicromaxMyDadCAN on father’s day. Just at the cusp of the kick off, the fans were uber excited and micromax’s tweet became the most re-tweeted tweet. Read Case Study

25. CupoNation– “Get high on sports not drugs”, a campaign to promote the sports category with a social message! What started off as a business tactic grew to be a genuine social approach to sports. Famous sports personalities Sushil Kumar, Gagan Narang, Shiba Maggon and a few more. Read Case Study

26. Lakme Salon – A contest was started using #LetterToMyHair on Twitter to promote the Hair Promo for Lakme Salon.So what was the idea? Tweeple were asked to tweet about the compliments they hear after visiting a saloon. Read the Case Study to see how the audience reacted

28. Sherya Ghoshal – To celebrate Sherya Ghoshal’s birthday among fans a song request application on Facebook and #itsHERbirthday was created on Twitter.

29. Jack & Jones – A bold statement ‘I am single and I am bloody proud of it!’ This case study used various social media space and thought people how cool it was to be single on Valentine’s Day. Though just a significant niche, their counter intuitive approach to Valentine’s Day did the job well.

30. Eureka Forbes – Breathless – The game was started to encouraged people to play and give out the importance of air purifiers through it. Following the game was a photo contest to claim attractive prizes. The Result? 30,000 game plays and 13 million reach.

31. Chevrolet – Various campaigns were created to increase the stagnant fan following on the Facebook page by reaching out to the TG. Sometimes, all you need for fire up your Facebook fan page is the right ad. Well designed, building curiosity and connecting concepts to Bollywood Chevrolet’s Ad campaign got them 45,000+ page likes in the subsequent 3 months.

32. Zee Khana Khazana – Attractive photos and questions brought great traffic to the Zee Khana Khazana’s brand Facebook page. They wanted users to earn the recipes through likes and shares that were once given away for free.

37. Xpress Money – To celebrate the success of reaching 1 lakh fans on their FB page and create brand engagement #100kReasonToCelebrate content was created. They got a whopping 6700+ tweets. Top Twitter brands like Fastrack, ICC, Delhi Daredevils etc contributed to the viral success of the Campaign. Read Case Study

38. Hindustan Times – HT ran campaign on Facebook and Twitter to encourage people to switch off TV for a day and spend time with their families and friends. Read Case Study

39.ixigi.com – To gather attention of its followers and increase brand engagement “Thirty Picture Content was created in a fun and creative way. Read Case Study

41. Myntra.com – Being appreciated for your contest is just what every social media marketer wants. Myntra.com engages Twitterati with #DialForStyle contest on the occasion of World Telecommunication Day.   Read Case Study

42. Penguin India – Penguin India used Facebook to increase awareness and attendance for its Spring 2013 book festival, a 10-day extravaganza where author and reader gather. The result, 20,000+ likes in the 10 day and a huge buzz in the social media world. Read Case Study

44. Yebhi.com –Being a part of a celebrity’s birthday celebrations definitely gives you the public attention. With that in mind, Yebhi.com on Sachin’s birthday launched its new logo during #SachinBabaChaalisMore contest on Twitter. The response was viral. A whopping 11.41million impressions were created. Read Case Study

45. Chambor Geneva –Photo contest on Facebook fan page are among the most famous ways to engage fans and increase reach organically. With a hint of being different, “Picture Perfect Nails” contest ran on its Facebook brand page to engage fans and bring nail art lovers to interact with each other. Read Case Study

46. Sahara Q Shop – The challenge was not just to create a buzz but engage a loyal Facebook community, the strategy was focus on the right people and conversations rather than a vast media outreach. The result, an amazing Klout score exceeding HUL’s and almost close to BigBazaar. Read Case study

47. Yes2fashion – With an aim to touch more lives, make an impact and you social media to spread positivity, Yes2fashions did a marvelous job with @SayYes. It was a  Twitter contest to promote the Year End Sale with SAY YES Campaign and get people to check out the sale. A wonderful case study of how to promote a brand while creating an impact. Read Case Study.

48. Fastrack – It was a very bold move on the Social Media Platform but Fastrack’s “Change the Name” Challenge digital only campaign was launched and ran on Facebook and Twitter to reach the target of 10 million fans in 40 days. Wondering what the challenge could be? Read Case Study

49. @home Store – This campaign is one of the best examples of engaging crowd through utter creativity. Wonderful Hash tag campaigns, contests and giving people the freedom to express the job of being ‘At Home’ was amongst the campaigns. They got a huge community growth, generated better sales. Read Case Study to understand their creativity and the impact they made. Read Case Studies.

50. Maybelline New York India – We all know how influential Music is for the youth. Mix it up with Fashion and you get this contemporary music video. To drive interest of people to know about the Baby Lips KISS song various campaigns on Facebook and Twitter went live. Maybelline was in the trending topic for quite a few days. An interesting case study 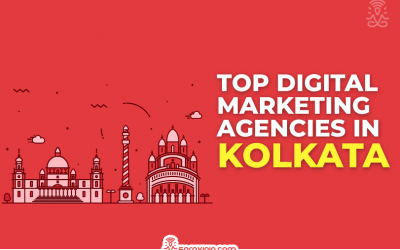