Proof That LinkedIn Is Far More Valuable Than Facebook 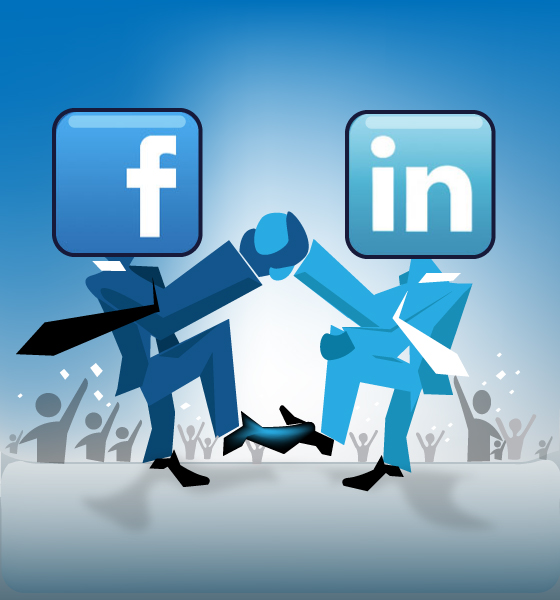 Facebook and LinkedIn—the largest two social media networks, although with diametrically opposite strategies—are often compared against each other. But when it comes to value, LinkedIn makes Facebook bite the dust. In fact, it is as many TWENTY times more valuable than Facebook, as a recent article in Business Insider explained. This phenomenal and stable growth has resulted in the CEO Jeff Weiner getting featured on the cover of Forbes, with “The Anti-Facebook” written in glowing letters.

No one can deny that LinkedIn has gone from strength to strength, even if quietly. The common person also agrees that LinkedIn has benefitted them more than any other network. For job hunters, head hunters, freelancers, business owners and media professionals, Weiner’s creation has presented a goldmine of opportunity.

But how exactly can we say that LinkedIn is more valuable than Facebook? The verdict is based on hard data and financial statements, the most crucial of which is summarized below.

How LinkedIn is the more valuable one

When it comes to time spent on site, Facebook has no match. Its users spend an average of 6.4 hours a month on Facebook, while LinkedIn gets a mere 18 minutes a month. But wait before you begin to have your doubts! The real deal is earnings per hour, where Facebook’s 6.2 cents does not hold a candle to LinkedIn’s 1.3 dollars. If you do some calculation, you see that the revenue this way is roughly equal, but it’s the per user revenue we are talking about. I hope now you get the picture!

The magazine also points out some interesting trivia. For instance, LinkedIn spend one-third of its revenue on sales and marketing, and its net profit is expected to double this year.

For many marketers this must be an alarm bell to wake up and recognize where the most value resides. The problem with Facebook is that it’s trying to do everything, be everything, and in doing so, has failed to do any one thing too well.

What do you think about the whole story? Do you think we will see more specialized social networks in future? And if yes, will they affect Facebook? Tell me in the comments!