Rajinikanth on day 1 of his Political Career made an announcement on Twitter. He made a quick 1 minute video about his new website and mobile app launch. Check out the video here.  This is the wisest move a politician can make in Tamil Nadu. Why? As per a Tamil Nadu Social Media Political Scenario research […] 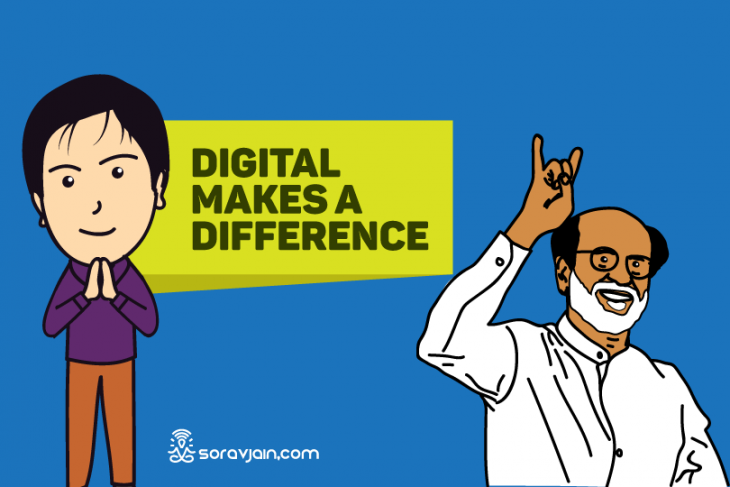 Rajinikanth on day 1 of his Political Career made an announcement on Twitter. He made a quick 1 minute video about his new website and mobile app launch. Check out the video here.

This is the wisest move a politician can make in Tamil Nadu. Why? As per a Tamil Nadu Social Media Political Scenario research done in January 2016, many parties took a deep plunge on Digital for the sake of garnering votes during elections. None had a very strong story telling agenda for a long term. The channels were created either to boast about the party’s roadshows or to tarnish opposition’s image. Many parties like PMK had even done influencer marketing campaigns where city bloggers were invited to cover a story about their talks at one of his public shows which got the PMK leader a lot of attention through the digital influencers in the virtual world.

I have been personally involved in one of the Political Party’s Digital agenda and from the traction I have got, I have learnt that the scope of Digital for Tamil Nadu politics is exponential. Here are some of my observations and stats that proves Digital is the future for Tamil Nadu Politics’ communication agenda: 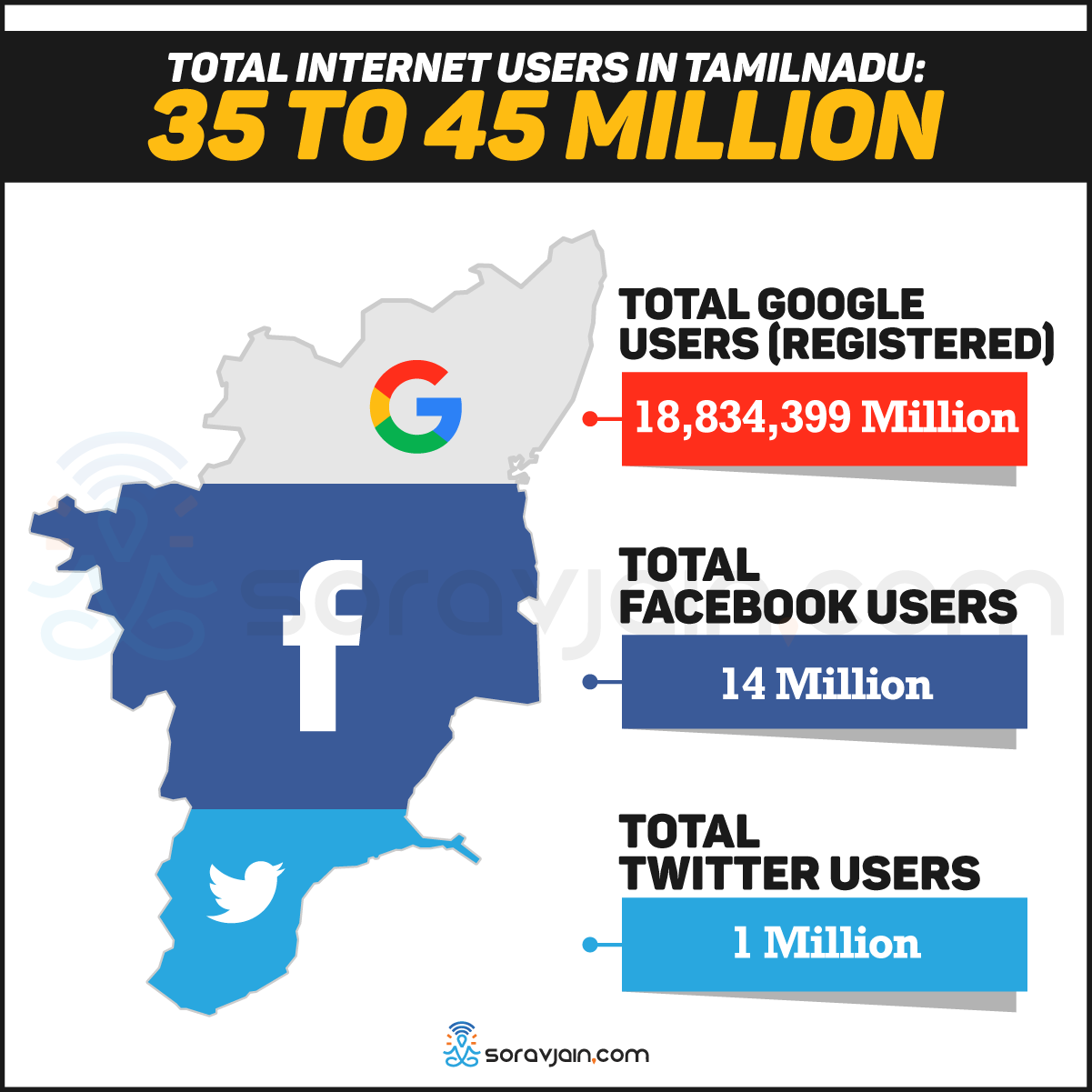 Now let’s look at Rajinikanth’s Website and the objective. As per his video, Rajinikanth wants to unite all his fans who want to do good for Tamil Nadu. Here is my observation on Rajini’s website: 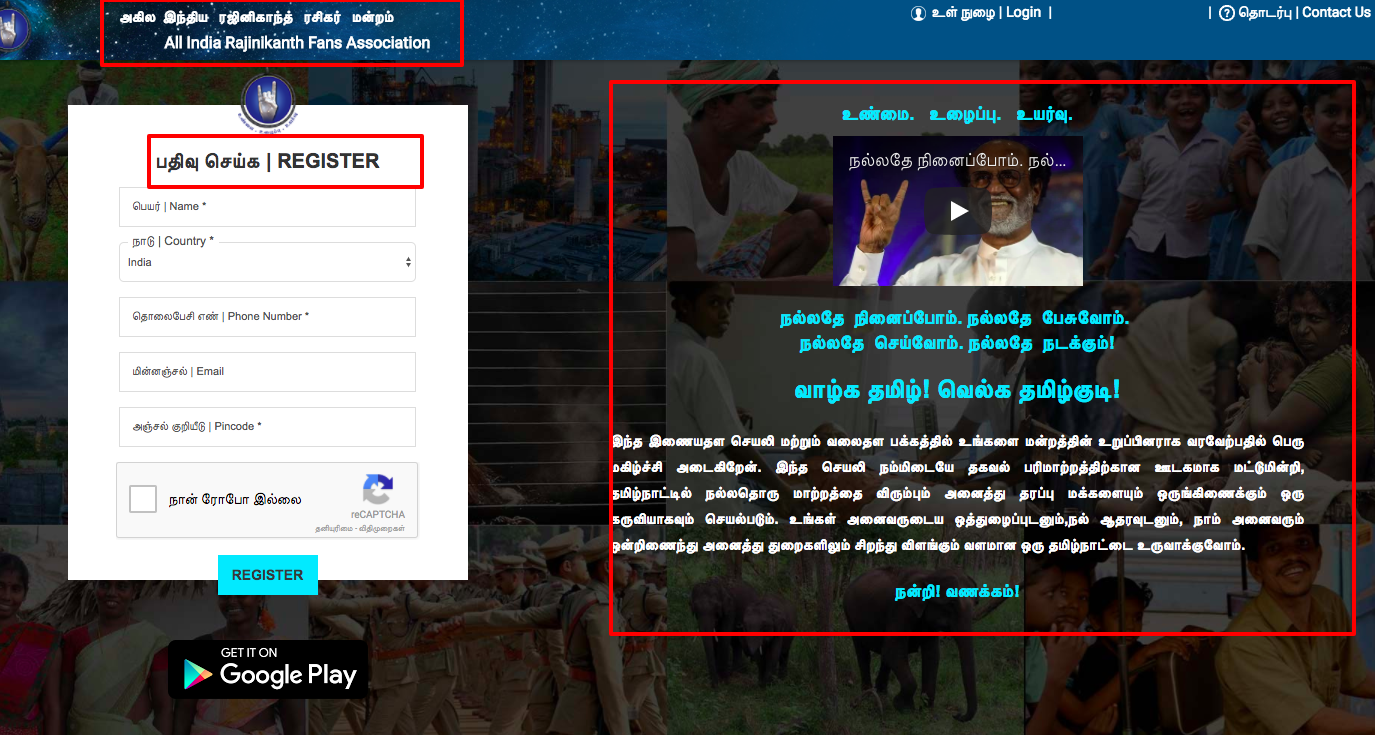 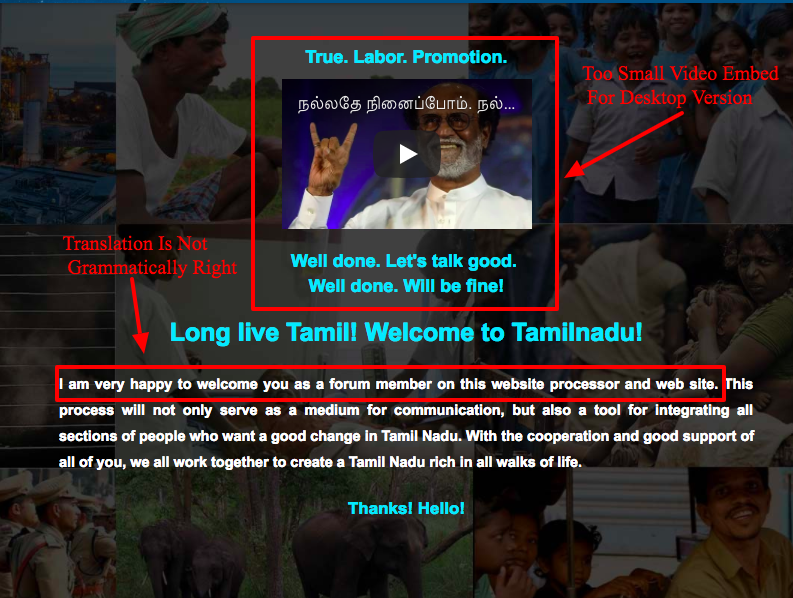 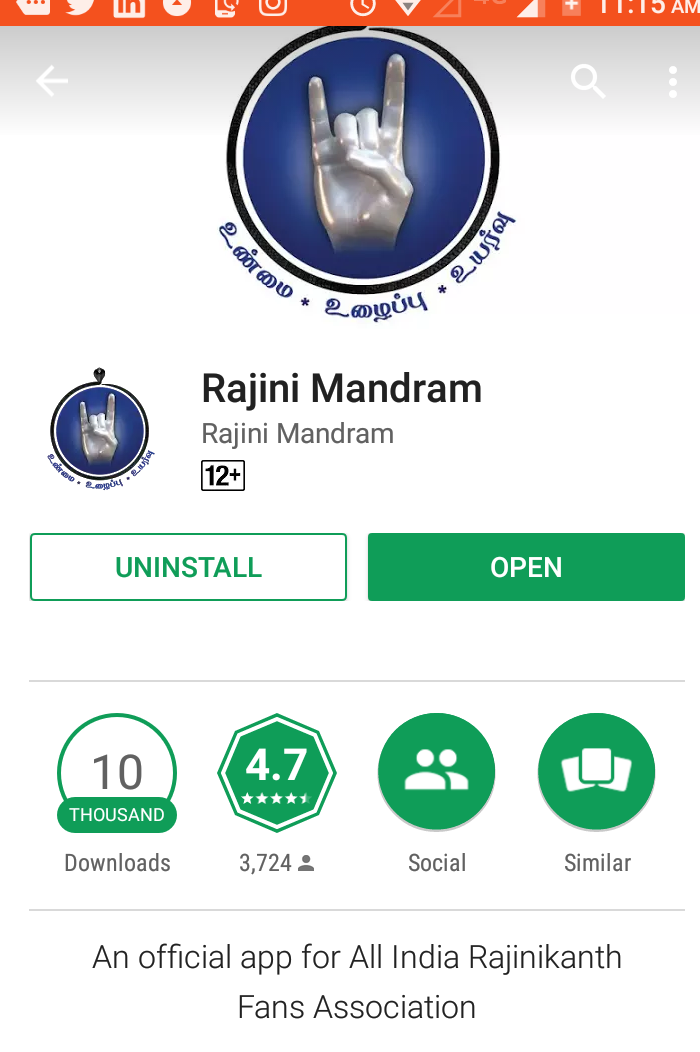 To make a difference you need to start from day 1 and Rajini has got that right. He launched a mobile app and website unlike any other politician in Tamil Nadu. How will it really help him? It will help him reach out to his fans through the means of Mobile (SMS), Email and Whatsapp, which will in turn get him a lot of shares, likes, comments and Word of Mouth. Every Tamil politician invests in creating their communication channels for example: Jayalalitha had Jaya TV, Karunanidhi has Kalaingar  TV, Vijaykanth has Captain TV probably Rajini should his own channel too if he intends to go with the trend. But if he is a trend setter then he can strongly drive Digital as digital is the means to reach the mass and the mass media.

I would rate 5/10 for the current website as there are lot of loopholes. The website  and mobile app could have made a huge difference in Rajini’s Political Career onset and here is how he could have added the following avenues

Finally, the purpose of the page should shift from garnering data of fans to inspiring voters to subscribe to the channel.

I am one of the biggest fans of Rajinikanth and his talks, especially when he quotes Mahatria. I have always maintained this relationship by watching his movies on the first day and hence this blog is from a true fan who wants to do good for Tamil Nadu. I know Digital can transform but let’s define the purpose. I believe in the coming days, Team Rajini takes that big leap.