Dear Readers and Friends, I am very glad to share I have been working on a book in 2012 titled “Social Media for Business, Indian Edition” (Yet to finalize). The book shall give you a overview on how Social Media has helped individuals from different perspectives of businesses with Indian case studies, relevant incidents and […] 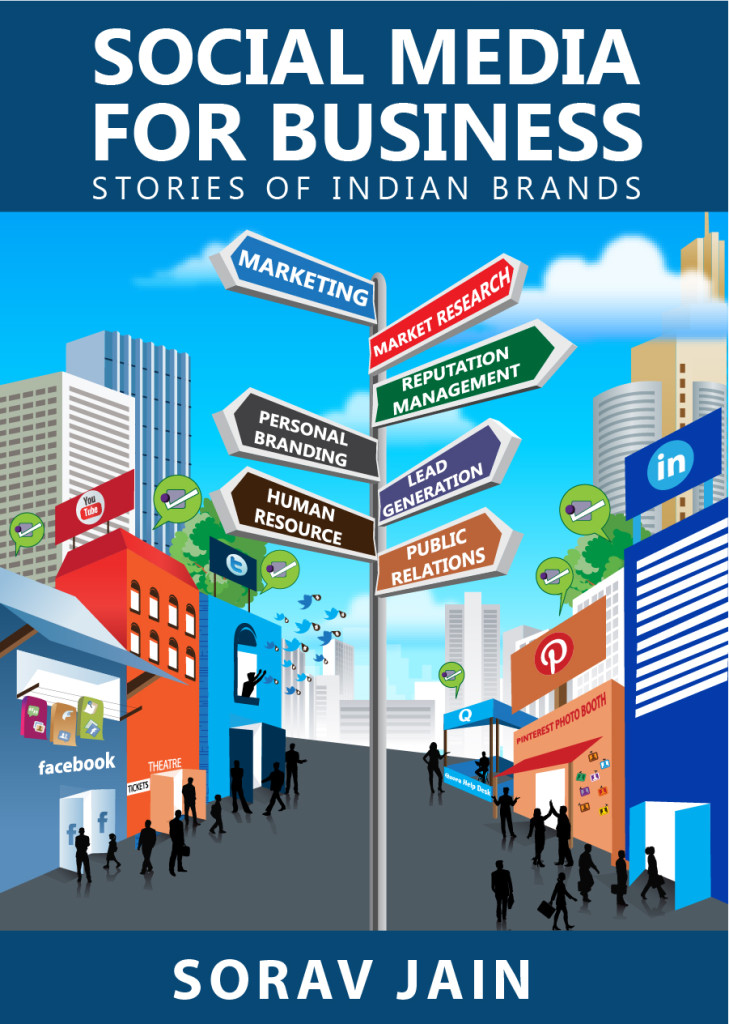 I am very glad to share I have been working on a book in 2012 titled “Social Media for Business, Indian Edition” (Yet to finalize). The book shall give you a overview on how Social Media has helped individuals from different perspectives of businesses with Indian case studies, relevant incidents and the history of Media in India, factors favoring its growth. With my readers here, I am sharing a excerpt from one of the chapters.

PS: The book is under review with quite a few publishers and I am hoping it shall be released by August 2013.

What Social Media is Today communication viz Media has been relentlessly evolving, giving us newer and wider options. We have been lucratively encouraging, emotionally engaging and precisely leveraging every media until today. There are various cultural, economical and behavioral factors that can be considered as factors favoring the Growth of Social Media in India. In India LinkedIn, Facebook, Twitter, Orkut are not just sites but statements! We just don’t talk about them or use them we create possibilities that the audience on Social Media would enjoy. The new generations have started living on Social Media than in real life, they are socializing more on social networking sites than in reality. Social Media has given us freedom to be democratic, expressive, entertaining and responsible. Here are some reasons of social media’s rapid growth in India:

For many of us, being in news channels or newspapers is always a fantasy but not all are able to succeed to reach there. Social Media has help people create their own news channel and have their network of known individuals as its subscribers. ‘Showing Off’ or ‘Flaunting’ has become part of these days. I still remember I got to know about my neighbor buying a car not because I saw him driving, just because he shared a picture of it directly from the showroom to Facebook (even before he drove it) it was brought to my notice. We are invariably becoming part of the new social culture that is compelling us to share more and be in limelight. People no more click pictures and give it for printing, they rather upload it on social channels and preserve, share memories with world around them.  As a general human tendency, we love to flaunt (I know, many would contradict!) and Social Media has made is easier. Just observe your social network today and you will notice many of them sharing pictures from festivals they celebrated, places they visited, new thing they purchased, the review of movie they experienced – why so? Answer yourself!

In this book I have given few case studies that will showcase how some Indians have used Social Media extensively to highlight their talent and become popular in their area of expertise.

If you are an urban Indian and are reading my book, do this task for sure! While you go to a posh restaurant or a popular food joint in your city, keep your ears really open to the conversations happening on the tables next to you. Listen to the conversations carefully and you will notice people talking about activities their friends do on Facebook, Twitter etc. I have always observed this and it proves me enough social media channels give us tit bits to gossip about people. If there are individuals flaunting, there are people gossiping and the ecosystem is well balanced.

Orkut was the charm once upon a time when the ‘keeda’ of Social Media got into us few years back. We used to scrap, create albums, share videos and wrote testimonials to our friends. But, today not any would like to say that they are active on Orkut (even if they are, discreetly). Since that’s no more part of trend. Celebrities from India dominating Twitter encouraged more and more people from the rural parts of India join Twitter to get updates from their favorite celebrity. I have personally known many of my friends complaining about Twitter not being a good social network just because they don’t get responses when they tweet or communicate to people individual and only when I observed their tweets, I realized it was a question posted to a popular celebrity who has got lakhs of followers and gets thousands of questions each day. My mother is not a Facebook user, she is not at all computer savvy but whenever there is an event at home she insists to post pictures on Facebook – for the world to see! I always wondered how does show know how Facebook works when she is not a part of it at all? I just blame it to trend. A close cousin of mine is facing a ‘notification syndrome’ this comes soon after she posts a status update of pictures on social media channel. She often logins to see how many people liked or commented on the recent share and gets really upset when she doesn’t get enough responses! Social Media trend in the country has just started, if you are a urban youth and are not part of Facebook don’t even say this in public they shall give you a weird look and say ‘Jeez, you are not on Facebook?”

We love getting Entertained!

More than anything else, Social Media channels have become entertainment for us, Indians. With different features it innovates every day, people are getting glued to this medium more and more. On Twitter people love to gossip with the mass on a particular topic that is trending, on Facebook people love to share and watch photos, videos (The most entertaining activity), YouTube is becoming a compulsory tab on the browser while accessing to Internet, Instagram has made photo sharing sexier and easier, Foursquare is making travel experience more social and blogs are always busy establishing your brand in detail. Overall, Social Media a free medium, is just becoming a reason to spend some time with the world chit chatting.

Many politicians and political incidents in India have brought Social Media in the limelight, when leaders use this medium they acknowledge this to their fan base or followers and thus bringing various moments, movements and controversies for people to digest. Quoting some of the instances below:

I am currently working on the Social Media for Business, International Edition and there is a series of book that I have planned related to Digital Marketing to be released in coming years.

Must say, reading book was easy, writing a book is difficult but it definitely gives me a sense of relief after attempting one! 🙂