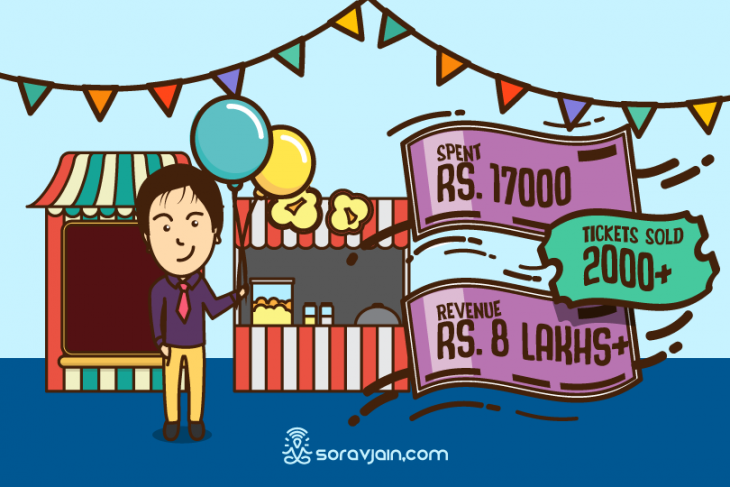 Chennai’s largest kid’s carnival, Toca Boca was hosted by RCC Platinum. Though this carnival’s ultimate aim was to gather funds for the installation of RO plants in schools for clean and healthy water, it became the supreme source of fun and enjoyment for children and parents bringing with it entertainment and learning.  This 1-day carnival was held on 4th February, 2018 at St. George School Ground.

The audience with the following profile was targeted for the campaigns: 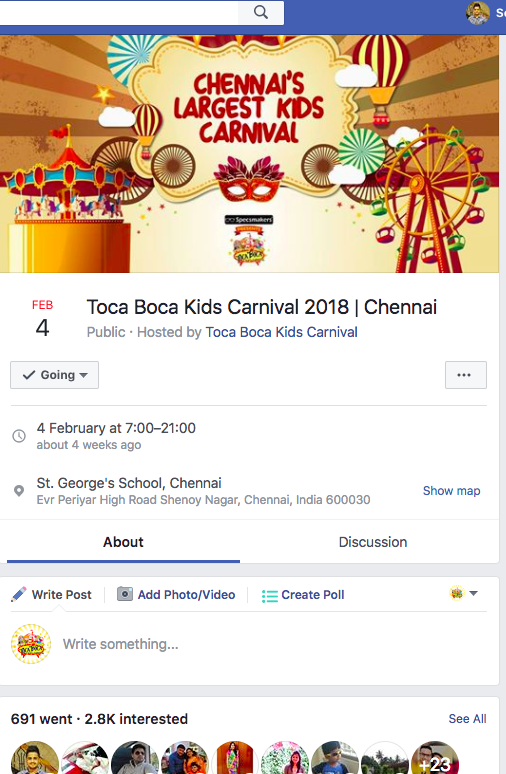 The landing page was created with the following points in mind. 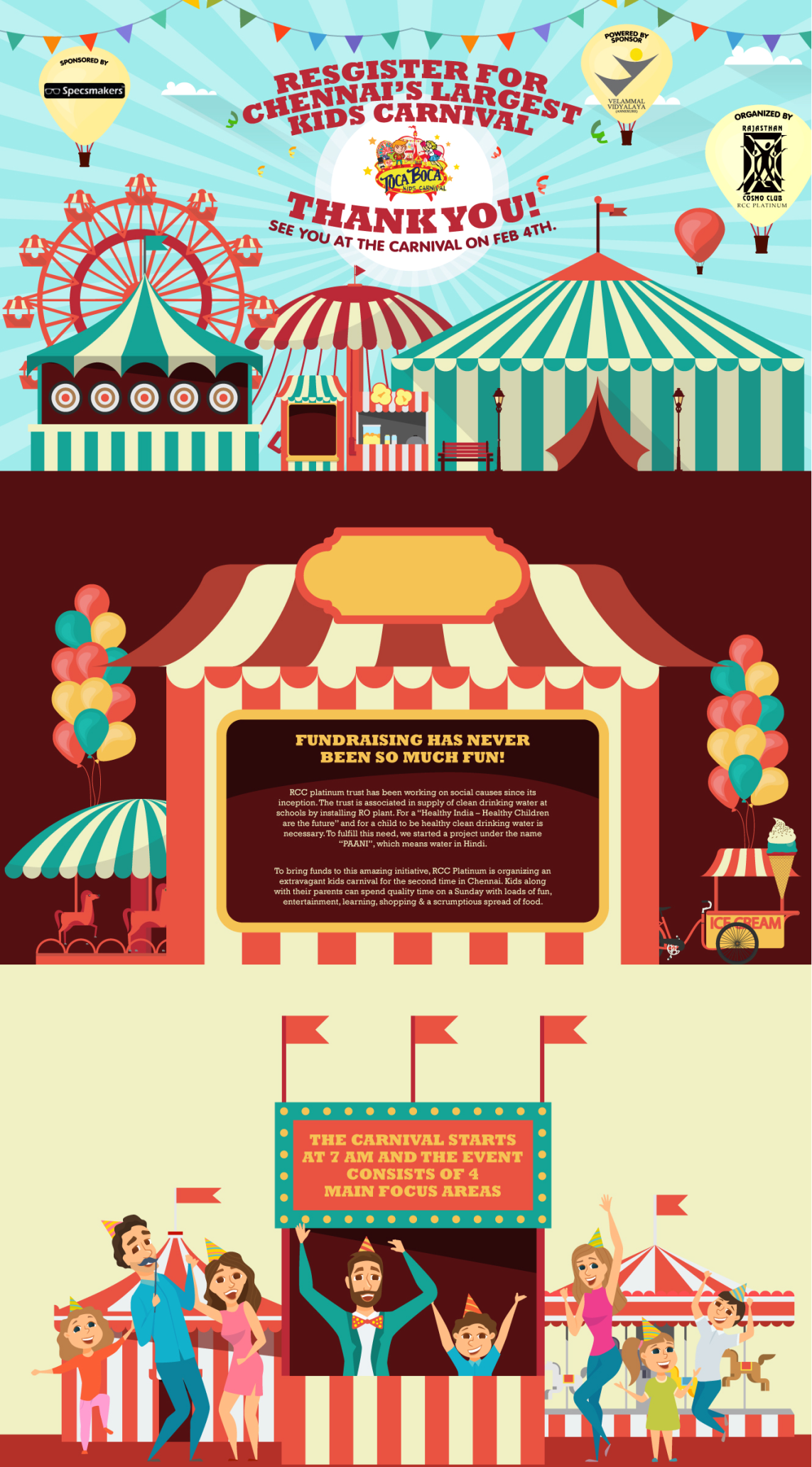 The landing page highlighted the events of the carnival, the registration form of Jogathon – a noble initiative, the benefits of taking part in the Jog-A-thon, online booking for the carnival tickets, a peak at the Toca Boca 2016, most importantly was colorful, had attractive images, and was revolving around the theme.

To create a funnel structure, we started the engagement saga with a long haul video that spoke about 20 reasons why you should attend Chennai’s biggest kids carnival.

We also created a post that talks about jogathon, registration details and what benefit would kids get on registering for the jogathon – this post kept floating for period of 10 days in order to create maximum number of likes, comments, shares and tags for the given budget. 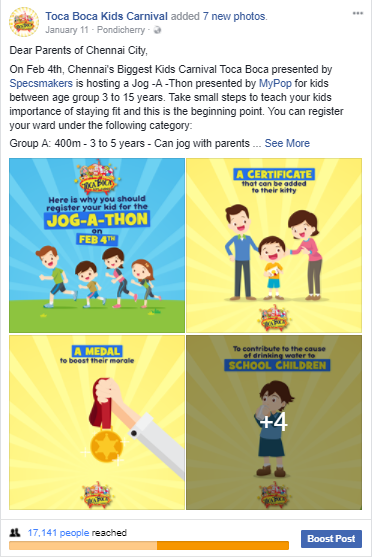 We created an audience out of those people who had engaged with the video, posts, event page, Instagram business page and the Facebook page on the whole – this audience along with the fresh audience was approached with below set of posts to create a strong brand recall and remind them that the team is very proactive with respect to this event.

The series post showcased 25 exciting things that a child can do when visiting the Toca Boca kid’s carnival. The post had a staggering reach of up to 25,000 people. 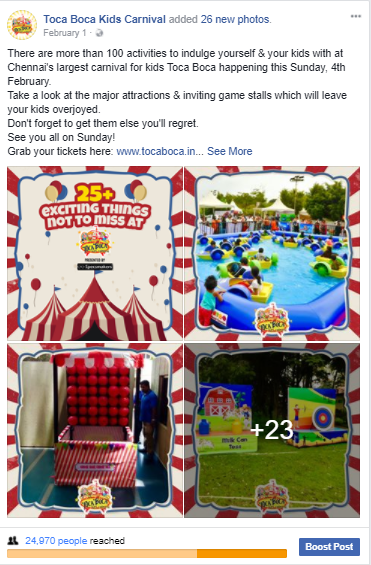 A contest post was put up depicting a carnival where the viewers had to spot the differences. A total of 118 entries were seen on the event page and 45 on page. 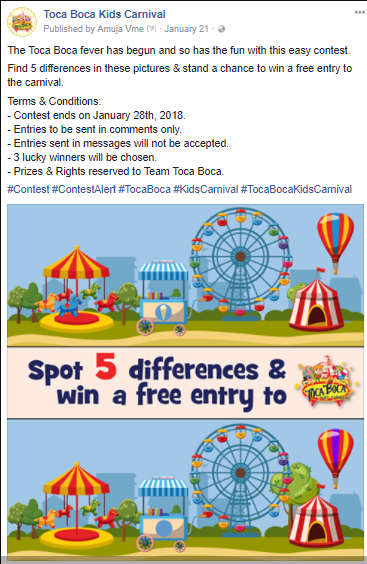 To add a little human touch we also showcased photos of the drawing competition. 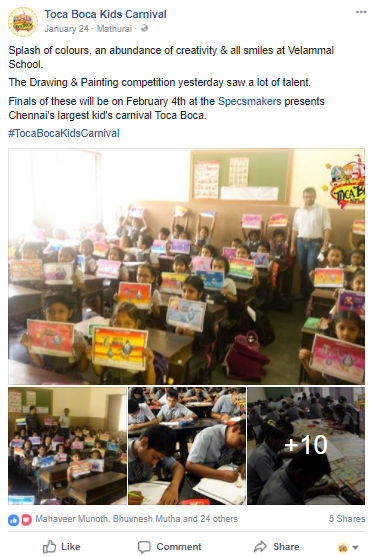 A lot of posts on the above lines were shared to keep the momentum going.

The key to success for any event is a rigid promotion a week before the event. The same mantra was followed for Toca Boca. The following post about the key highlight of the event – an inflatable base on which a video was made. The video witnessed very good traction, receiving about 3,251 views. This was mainly to those audience who had visited the website, watched the videos, RSVPed, messages us and interacted with earlier posts. 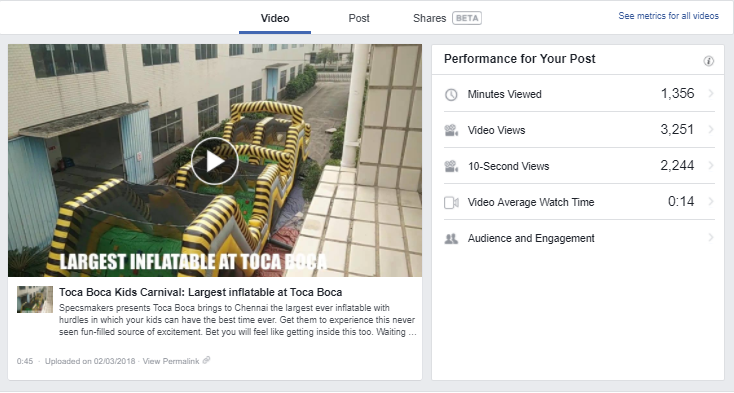 Countdown videos were made every day. These videos, while giving away the days left for the carnival, also showcased what would be in store for them. Thus, it created an aura of excitement and fun among the viewers.

The above activities helped us get about 29,000+ unique visitors on the landing page. Remember, a lot of these credits also goes to traditional advertising as 25% of the traffic was direct and through Google search for the keyword ‘Toca Boca’.

As the result of the above traffic, we saw total of 2793 transactions and we would denote almost 75% of transaction due the impact that Social Media could bring to this event. 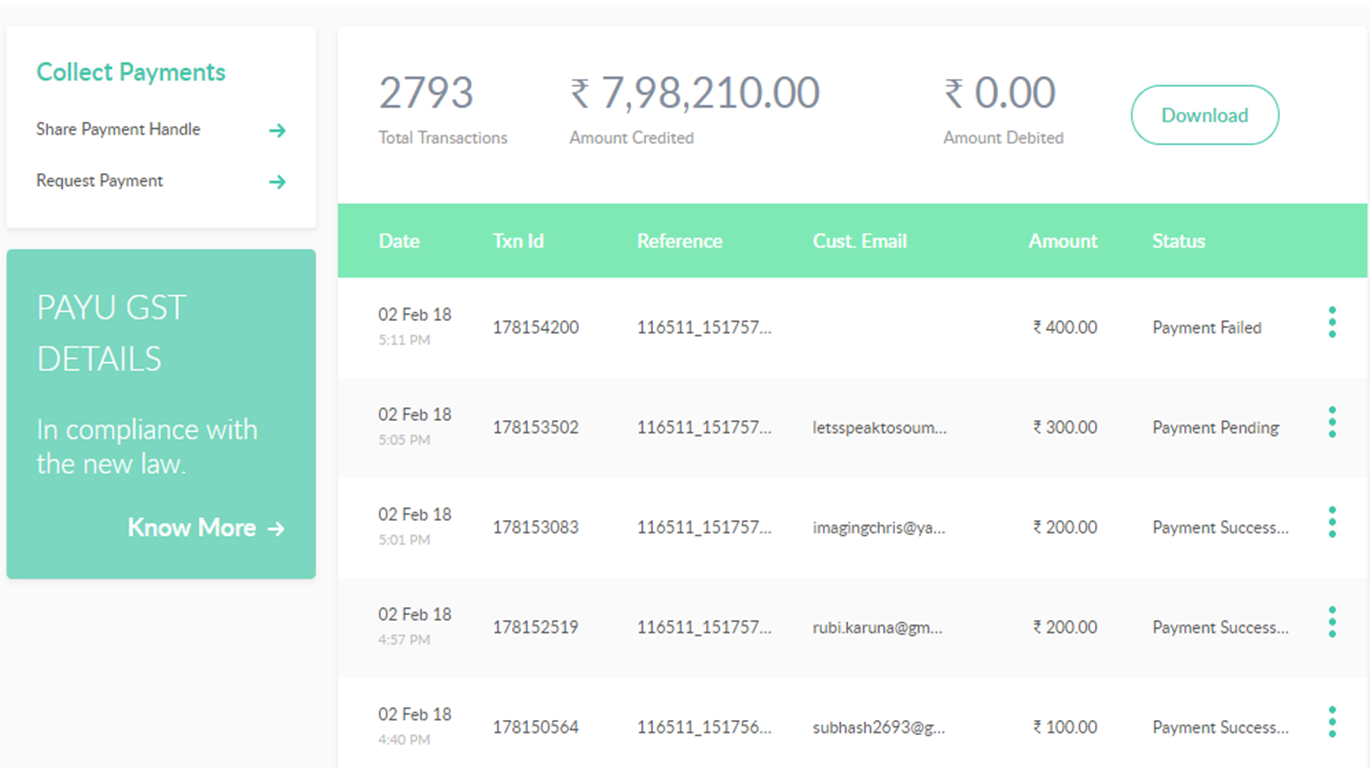 Team echoVME, had an amazing time hosting this event and we just loved the aura of TOCA BOCA. Oh yes, our clients love us too. Here is a Testimonial from the client who got overwhelmed by the performance of this event on Social Media as last year the event had only 25% of turnaround when compared to Toca Boca that was conducted in 2018 for a noble cause. 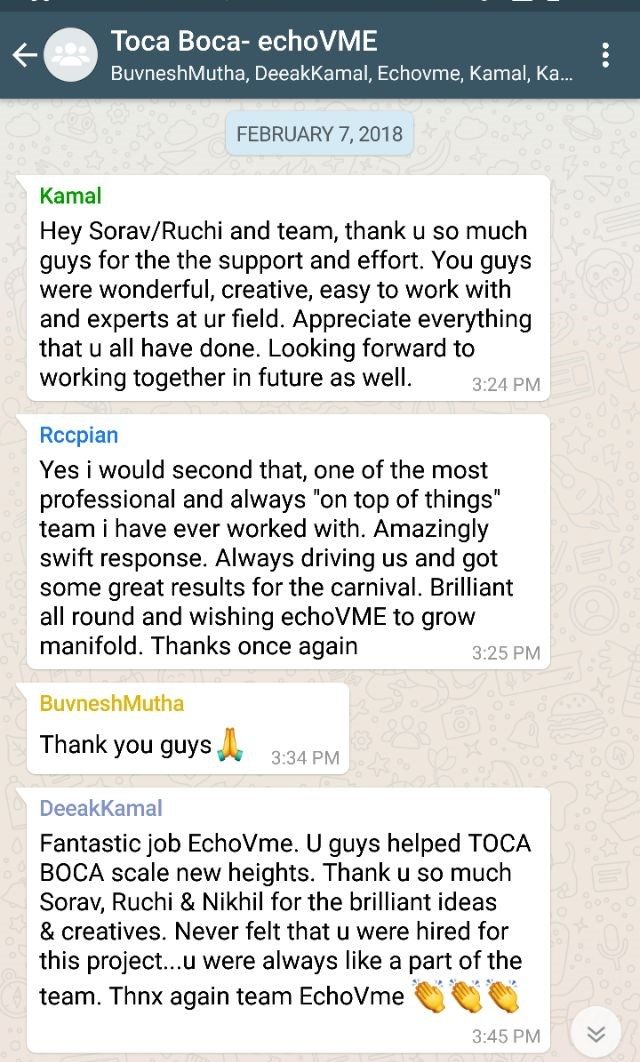