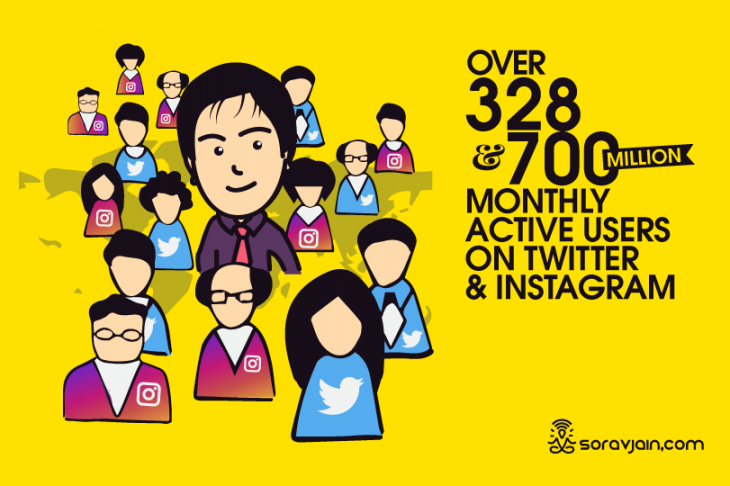 Twitter is an online social networking service used to send short 140 character messages that are called as tweets. In the content marketing world today, Twitter has undoubtedly become a platform for voicing the strongest of the opinions.

According to recent industry figures pertaining to the social media industry, Twitter has the most active users. We can also see the prominence of this platform and its increased usage during events. Live – tweeting of events has become a popular way to engage online, for users to put their thoughts through and for brands to send out brand specific messages. According to U.S. Millennials, live-tweeting events make them more fun and 67 percent of them would also follow hash tags which are related to events.

Twitter was created in March 2006 by Jack Dorsey, Evan Williams, Biz Stone, and Noah Glass and launched in July 2006. Jack Dorsey sent the first ever Tweet on 21 Mar 2006.

Some impressive statistics of Twitter in 2017 are listed below. 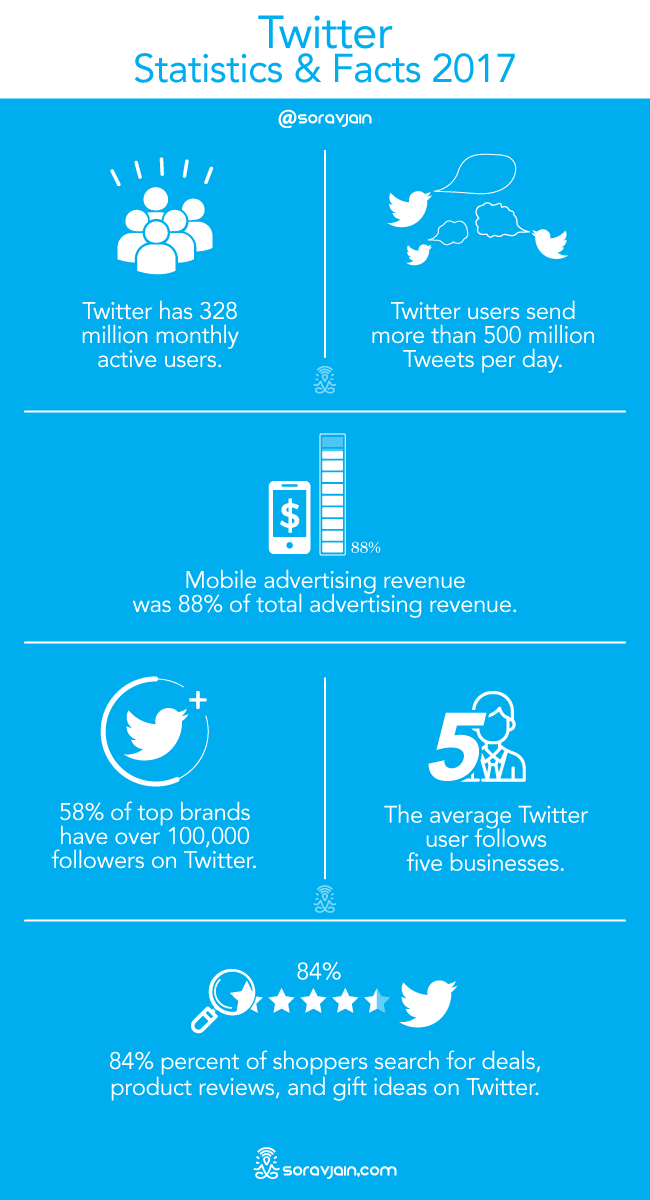 Instagram is definitely the most visual platform available today and is also the fastest growing social platforms in the world. It has been named “one of the most influential social networks in the world” at present.  Creative images and quirky captions are one thing, added to that are the hash tags and keywords that helps you build a community of followers and creates a virtual presence for an individual or a brand deeming to have a social presence. Instagram has the highest user engagement too.

Launched in 2010, as of April 2016, the reach had reached to 700 million. That means that the reach and its ability to grow more is nothing but absolute. It is predicted that it will soon reach the number of engaged users that Facebook and WhatsApp enjoy. Here is a list of interesting and engaging facts about Instagram. 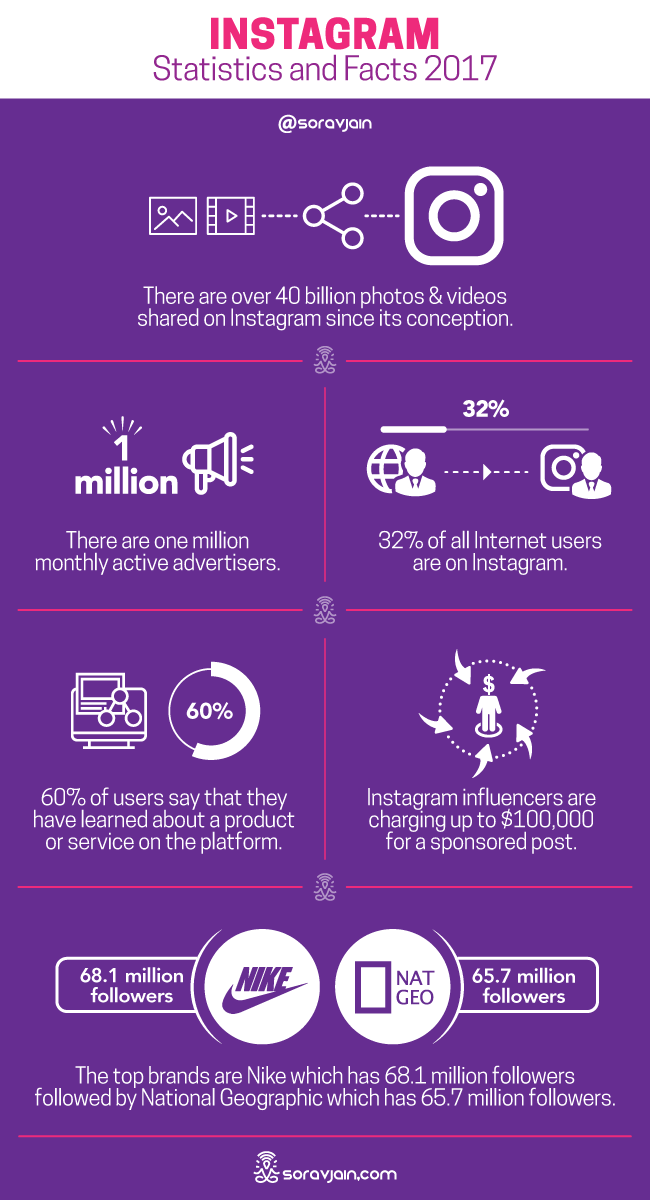