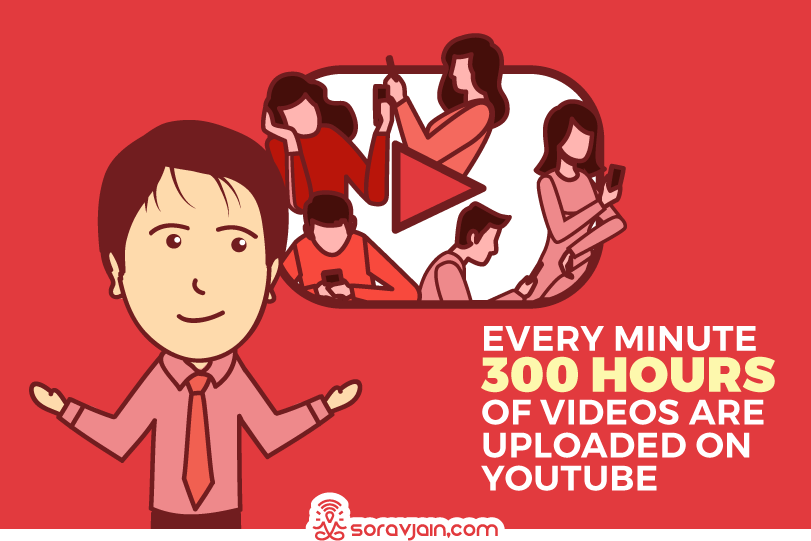 Where there are multiple Social Platforms fighting for the top spot, YouTube doesn’t have any direct major competition and with its feature of easy sharing options on any Social Media site, it’s compatible and easy to use.

It is the major source and support for many movie trailer releases, news channels, online content creators, educational agencies, skills agencies, artists, and almost every major happening around the world.

Here are some very interesting stats and facts about the beloved YouTube:

YouTube is available by default in almost all the smartphones, and hence the user base is a mixed bag with online and offline users, here are some Usage facts about YouTube: 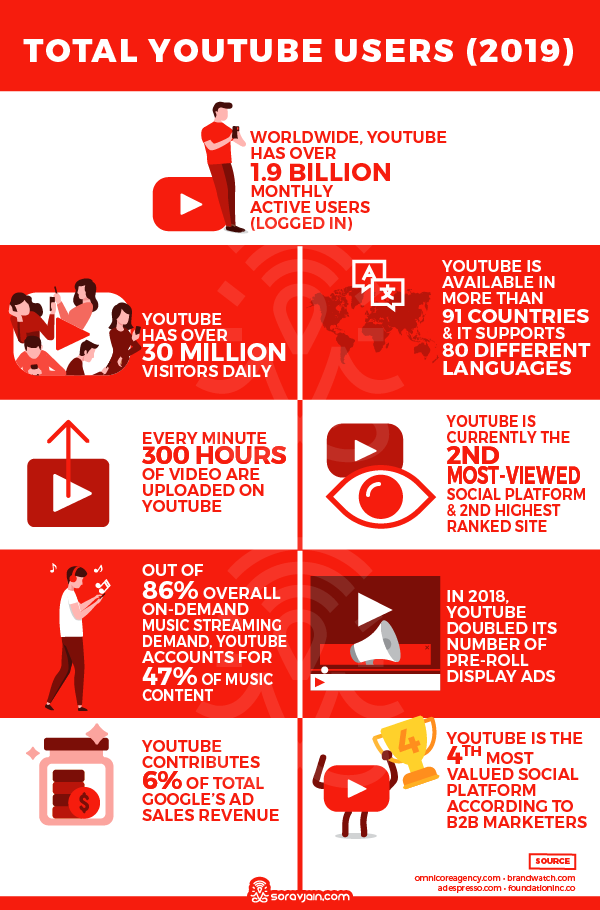 YouTube has a simple interface and allows users to watch the videos whether registered or not, this makes engagement with the app easier. Here are a few YouTube engagement stats: 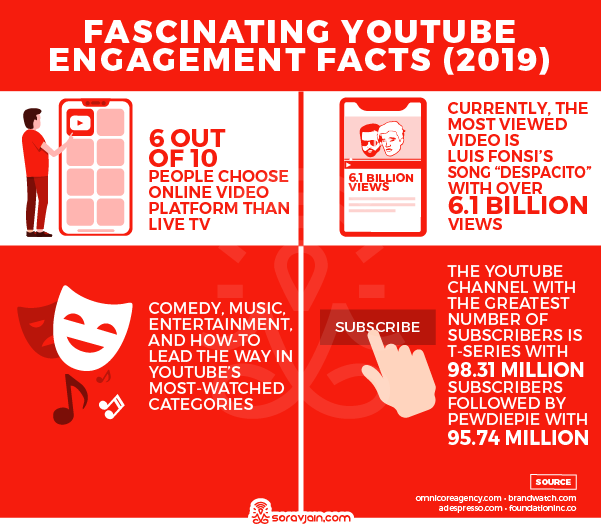 For many, YouTube has become a daily routine. They make it a point to spend a few hours before sleeping on YouTube. Here are a few stats about the user’s activity:

Smartphone has been a boon to YouTube. With Android owned by Google, it has made YouTube default as one of the many Google apps that are available on a smartphone by default. Here are a few smartphone facts: 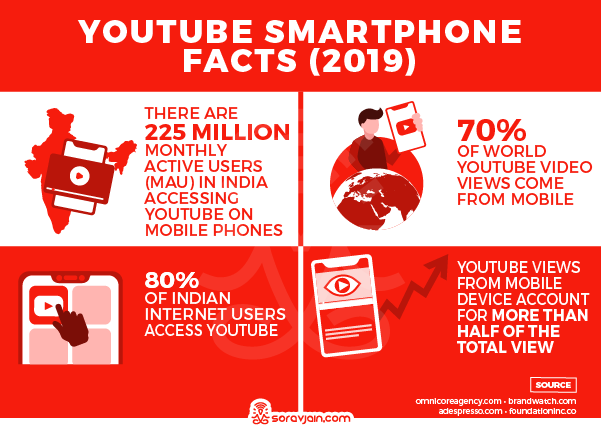 T-Series, the Indian channel, recently became the most subscribed YouTube channel and the first one to cross the 100 Million mark. Here are some facts related to YouTube India: 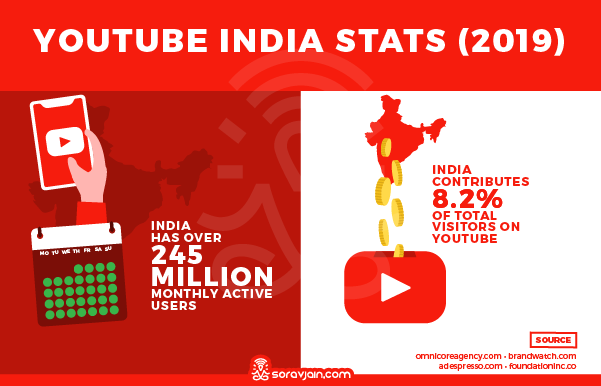 YouTube is one of those platforms that attract youngsters and old people alike, due to the diverse range of content available. Here are a few YouTube demographics Stats and Facts: 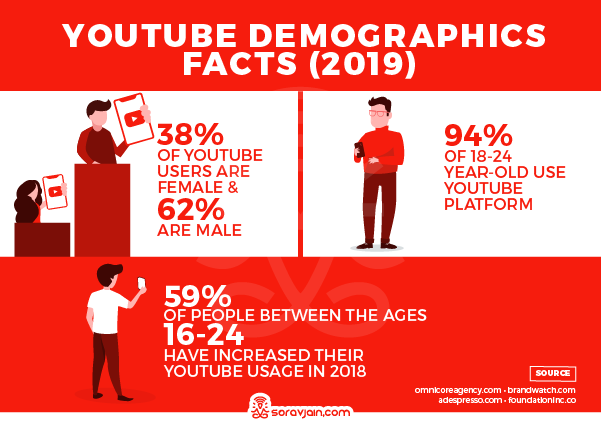 YouTube is one of the fastest growing Online Video community, and it is a great source of content for viewers and a great source of earning for creators. And being a Video only based platform, it pushes people to create content that can actually connect with the users.