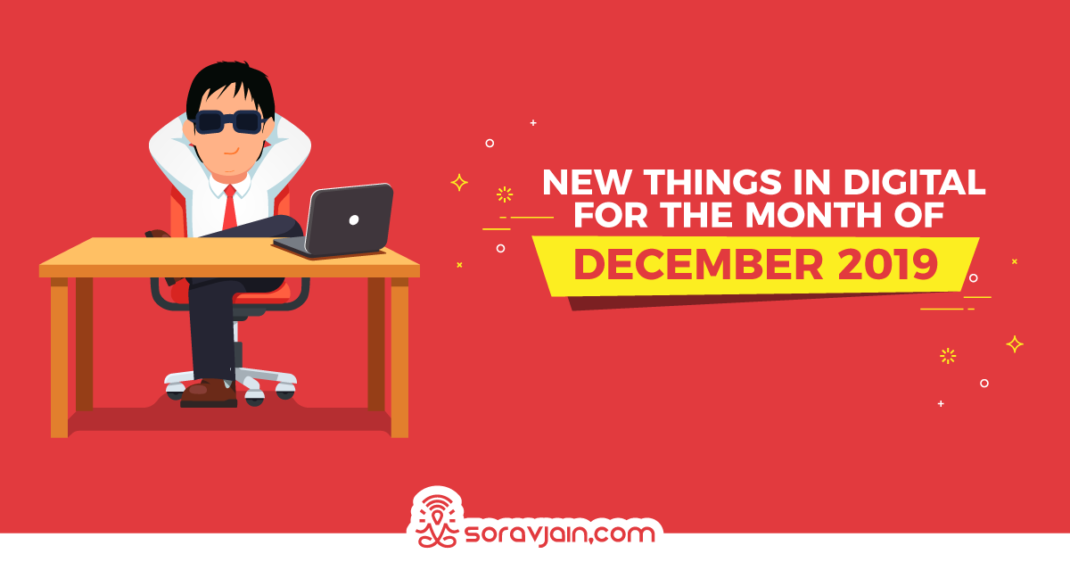 And it’s a wrap. The month, the year, the decade has finally come to an end. As a Digital Marketer, it was tremendous to see so many updates and growth this year. There were a few updates that were already predicted and foreseen; at the same time, there were updates that shook everyone. December was no different. From YouTube enabling Voice Search to Screen Casting, WhatsApp and Instagram adding a new opening screen, to Google’s package tracking, & Amazon’s new ads policy, December had many new updates. Let’s review what December had in store for us.

And it’s a wrap. The month, the year, the decade has finally come to an end. As a Digital Marketer, it was tremendous to see so many updates and growth this year. There were a few updates that were already predicted and foreseen; at the same time, there were updates that shook everyone. December was no different. From YouTube enabling Voice Search to Screen Casting, WhatsApp and Instagram adding a new opening screen, to Google’s package tracking, & Amazon’s new ads policy, December had many new updates. Let’s review what December had in store for us.

Twitter has officially confirmed that it’s testing a new option to schedule Tweets within the Tweet composer window in-app, which would enable you to compose, then schedule your Tweets to post at a chosen time, without ever leaving the composer window.

All you have to do it tap on the three dots menu to the right of the lower functions listing, select ‘Schedule Tweet’ and you would then be able to input the date and time that you want it to go live.

Facebook is reportedly testing out a new option that would enable users to share their Facebook and Messenger Stories with smaller, selected groups of friends, as opposed to all of their connections. Tap on the Favorites listing, and you would be able to select users to include on the list.

Earlier, the receivers didn’t get a ‘Call Waiting’ notification and instead, it would notify the user of a ‘Missed call’ once they disconnected the current call. In this update, users will be able to receive another WhatsApp call while they are already on one call. 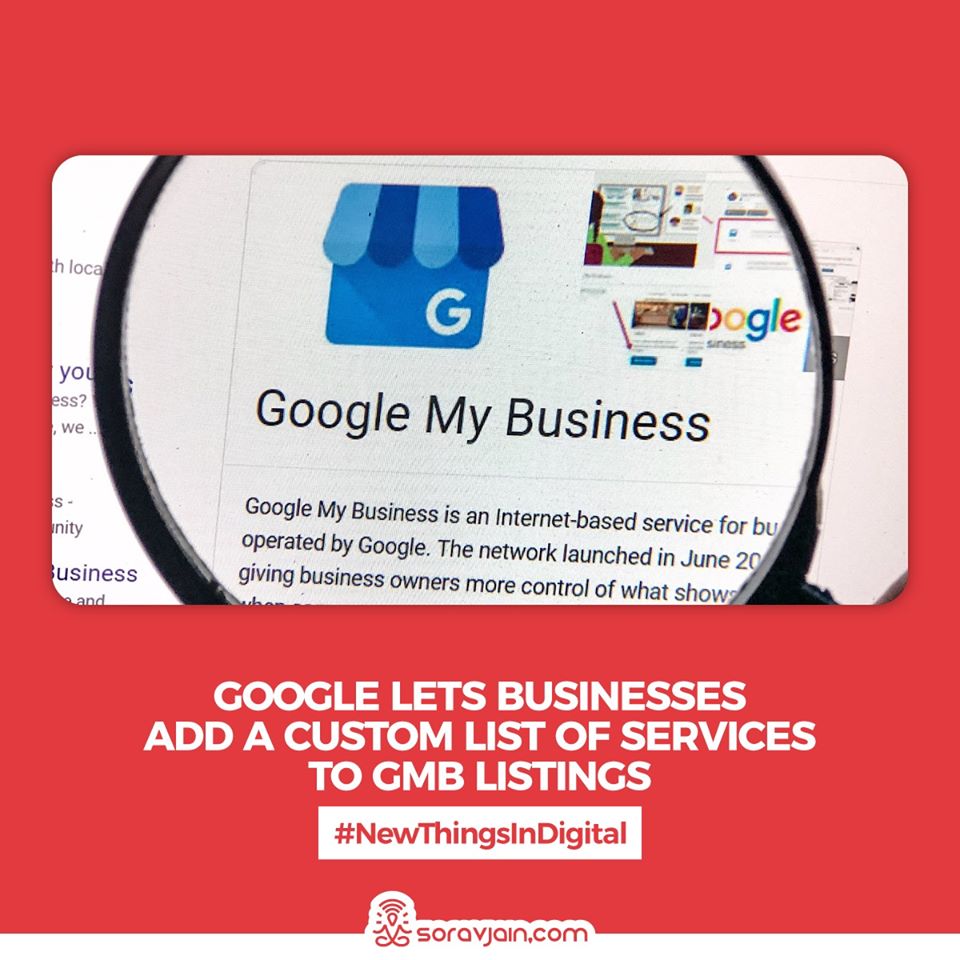 An update to Google My Business will allow service-based businesses to specify the types of services they offer to customers.

YouTube is rolling out policy changes in January which have video creators concerned that their revenue may be adversely affected. The upcoming changes will address concerns raised by the US Federal Trade Commission (FTC) regarding YouTube’s compliance under the Children’s Online Privacy Protection Act (COPPA).

There is always a debate on data privacy, and the use of personal information for targeting. In line with this, Twitter has announced the launch of its new Privacy Center, which will provide more clarity around how Twitter will protect the information people share on the platform. It is the central place that hosts everything that’s a part of the privacy and data protection work: related initiatives, announcements, new privacy products, and communication about security incidents. It should be easier to find and learn more about the work they are doing to keep the data secure. 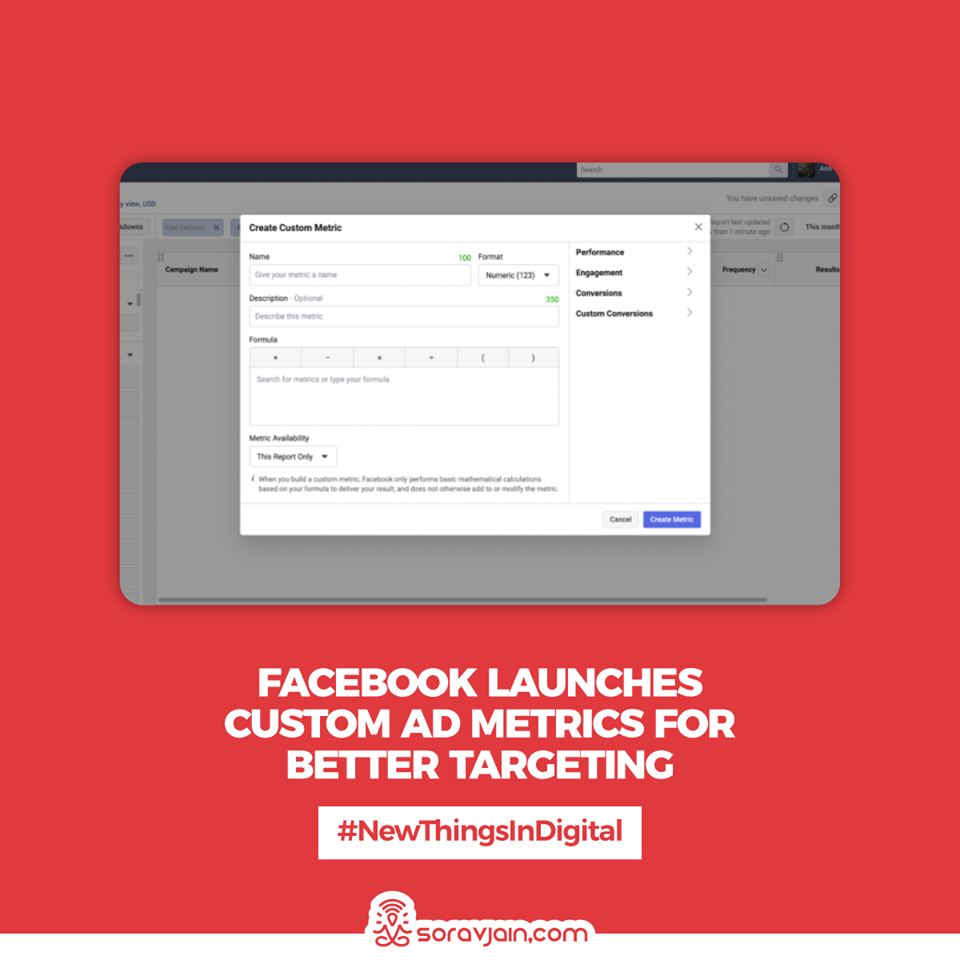 Facebook is also rolling out a new custom metrics option, which will enable advertisers to build metric formulas most relevant to their goals and then save them for ongoing tracking. 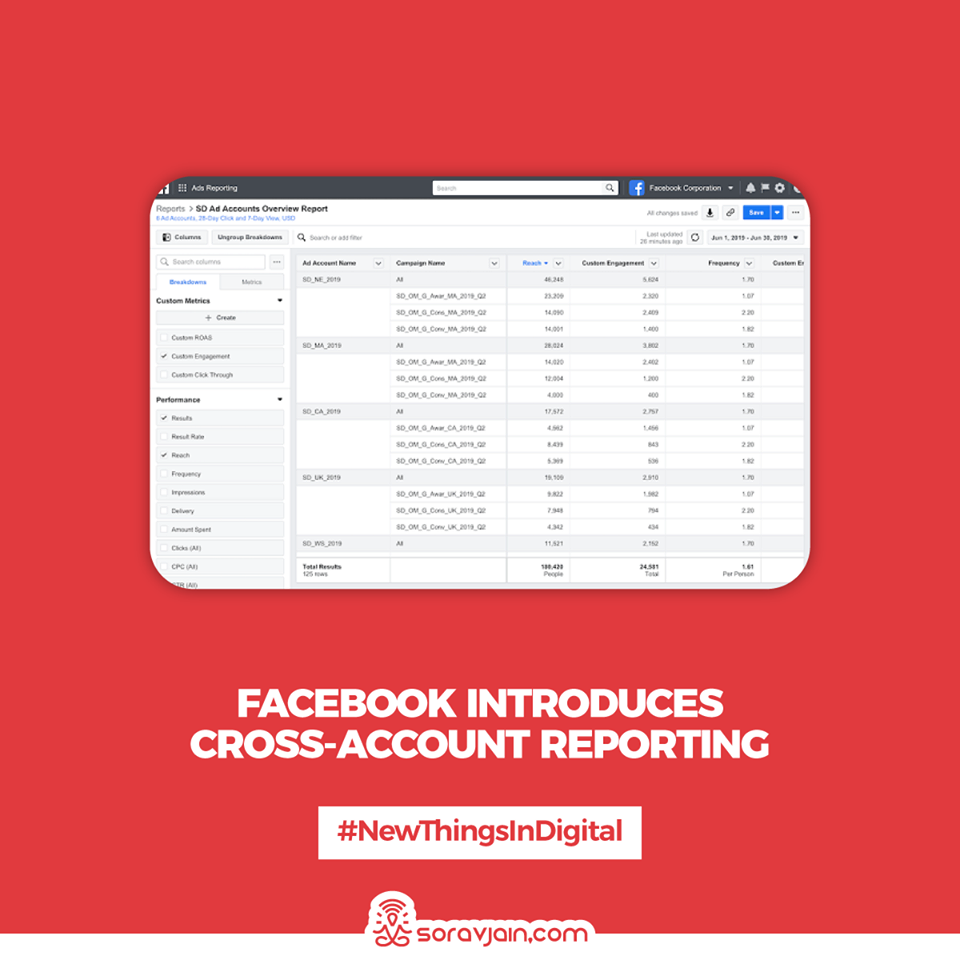 With the new cross-account reporting, when you’re managing multiple Facebook ad accounts, you’ll be able to get a clearer, overall view of ad performance, all within the Ad Manager dashboard, as opposed to having to extract the data for each account yourself. 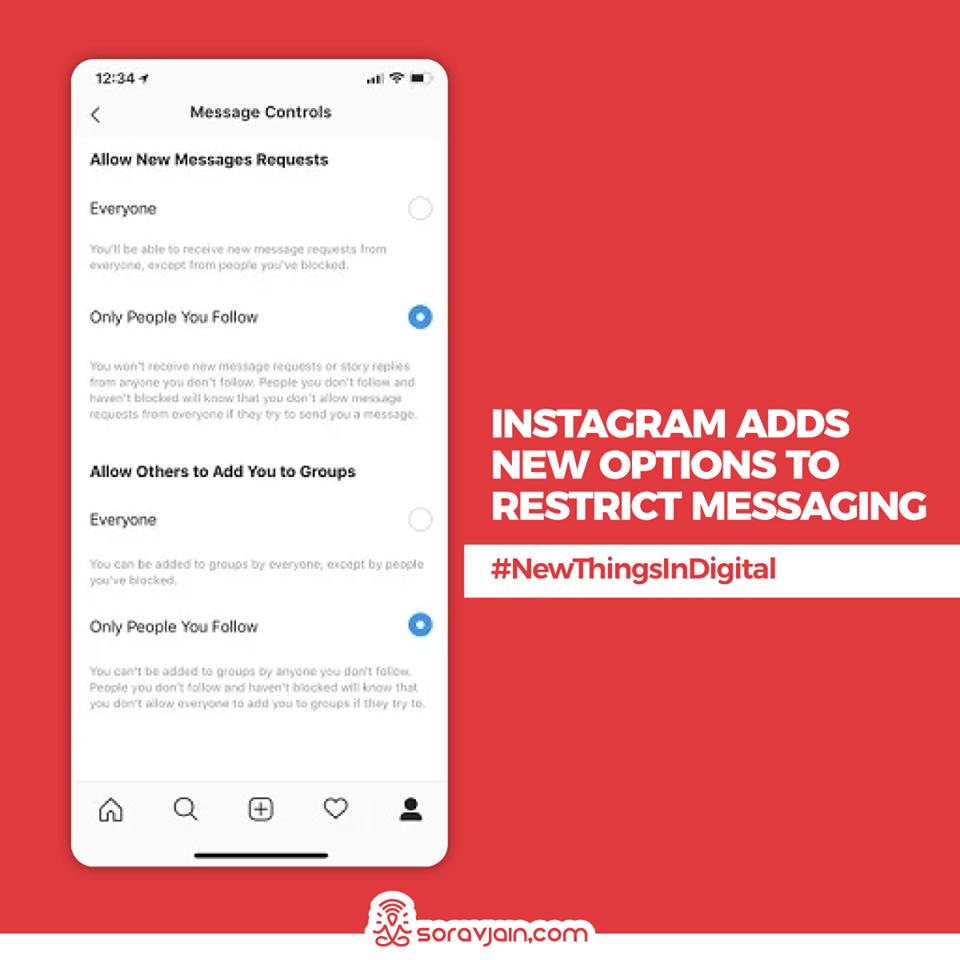 Instagram is also implementing new controls for messaging, which will enable users to choose who is able to message them. The new messaging option gives you the ability to allow only people you follow to message and add you to group threads. People who enable this setting will no longer receive messages, group message requests or story replies from anyone they have not chosen to follow. 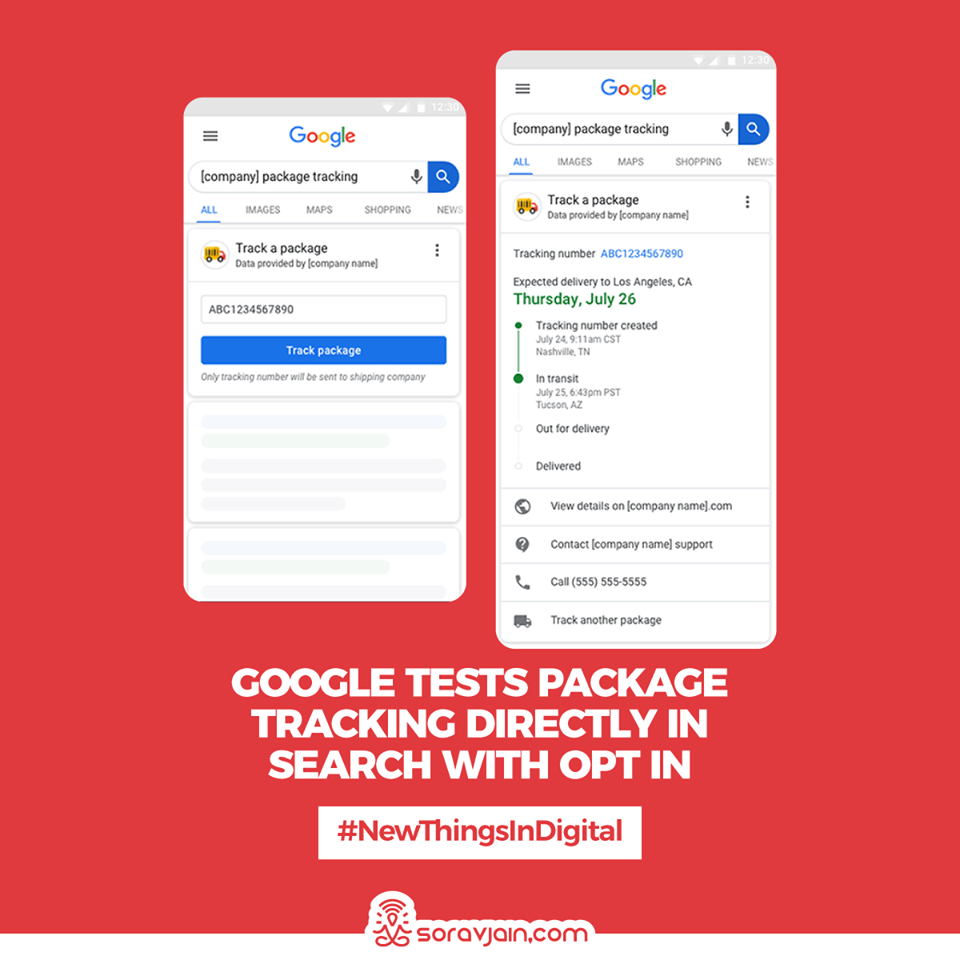 Google is testing an early adopter program to let shipping companies like UPS, FedEx, DHL, USPS and others integrate their tracking data with the search company. This would allow Google to show the status of the package directly in search, as opposed to just showing a link to go to the shipper’s website to check the status.

Google is now letting local guides and maybe other Google users select a tag to describe why one likes the business one is reviewing, and not just leave a star rating, review and photos.  The descriptive tag can help Google sort information in a more structured fashion.

You can now access these messages in the bell icon at the top right, it will have a red indicator when there are new messages for you to view. You can even view the messages by category.

Google said the “main difference from the old interface is that now you’ll have access to your messages throughout the product, no need to leave your reports.” You can also mark all or some as read, so if you get a boatload of messages and want to mark them all as read, you can quickly do that.

Plus, Google is now categorizing these messages into several types of categories including Coverage, Enhancement types, Performance, and others. 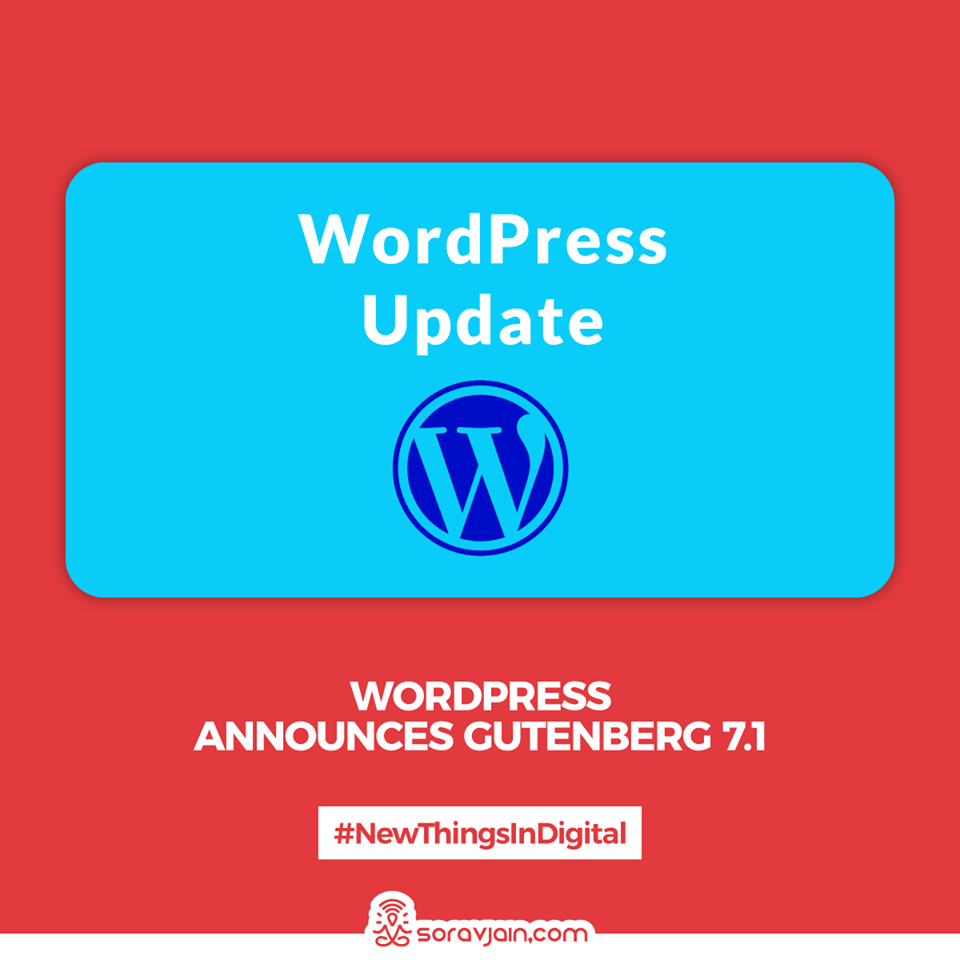 WordPress Gutenberg 7.1 has been updated with a large number of improvements. While there is a small performance slowdown introduced in this version of Gutenberg, the scope of improvements may override those concerns.

Twitter is rolling out a new feature to its iOS app, which lets users easily upload their live photos as GIFs. This feature is exclusive to iOS because live photos are an Apple innovation. A “live” photo captures 1.5 seconds before and after the user taps the shutter button. That means it would turn into a 3-second GIF on Twitter.

Instagram is rolling out yet another Stories tool, with some users now seeing a new ‘Group Stories’ option which enables users and their friends to collaborate on a private Story. The new option is aligned with Instagram group chats, providing another way to engage and interact with group members.

18. Instagram is Working on a New ‘Poses’ Mode for Stories

Instagram is reportedly developing yet another Stories camera option, this time in the form of ‘Poses’ which would create stop-motion style clips out of multiple images.

Poses would create quick reels of different images, which could be another way to create more interesting and engaging Stories content.

It could be a good option, for example, for showcasing product shots, with different angles in quick succession.

Instagram has now begun testing of a new ‘Layout’ option on Instagram, which enables users to present images differently in Stories. The new option lets you add a selection of images to form a collage and post it as a story.

The feature comes in four options, including standard wishes like – Happy Birthday and Happy Anniversary. You will be able to customize the colors of the backdrop, and you can put old Instagram stories or posts with the person to whom you are giving the shoutout. The option of adding a users’ Instagram handle into the text field, which then provides a listing of images that the two of you have shared, from which you can choose one to feature in your update – quite similar to Facebook’s ‘memories’ feature. 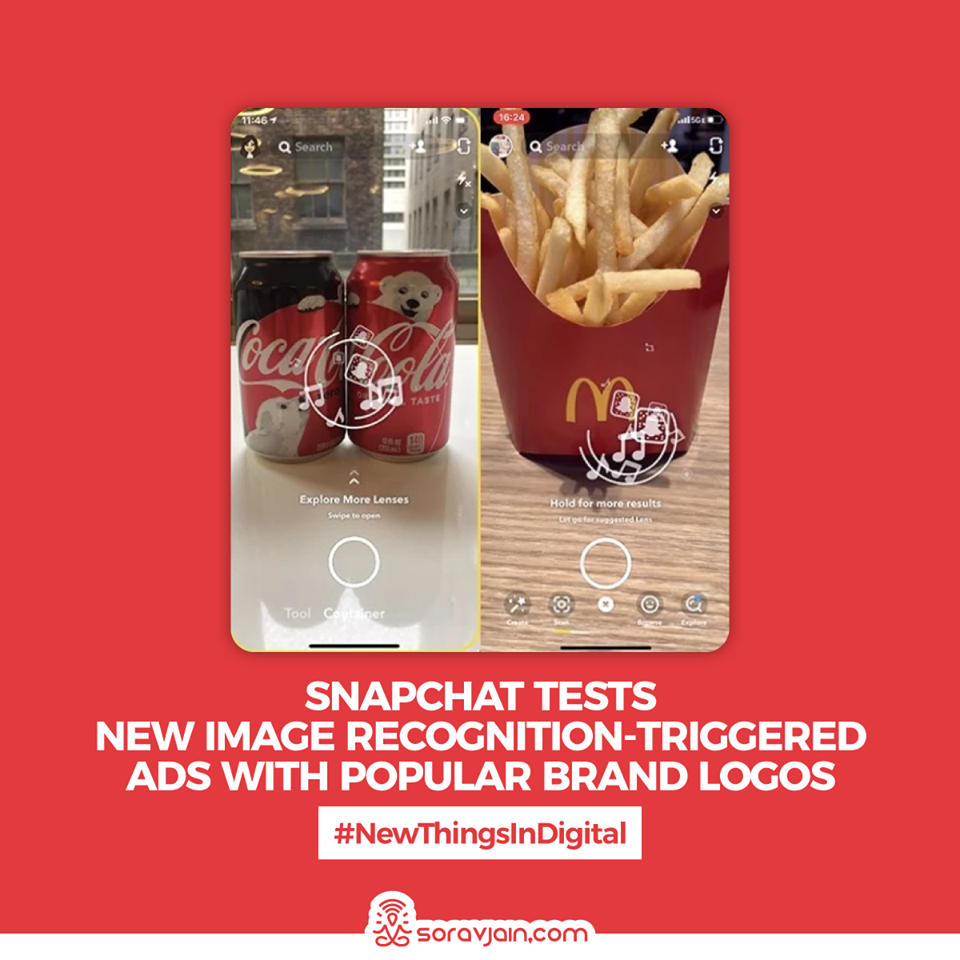 Snapchat is now moving forward with its new ‘Snapchat Scan’ ad option, which will enable users to ‘scan’ a brand logo in order to unlock a unique, branded AR experience.

Instagram is now also rolling out an option which will enable brand and creator accounts to set age restrictions for followers of their profiles.

Facebook is opening up Brand Collabs Manager to Instagram creators as well, which will make it a more comprehensive creator marketplace tool and could, potentially, establish the building blocks for the definitive Instagram influencer database.

Twitter has added a new, list-specific card format when sharing Twitter lists. At present, you can’t customize the included image – you get whatever Twitter’s system auto-generates when you share your list – though Twitter is also considering new options that could further enhance these links.

LinkedIn groups gradually lost user focus as they became increasingly bogged down with random spam and self-promotion, to the point where, for most, they just weren’t usable anymore. LinkedIn has now announced a new set of group updates and tools designed to help drive more engagement and interaction.

Here’s are the new announcements:

26. Google Tests Features Snippets With “See What Other Say” 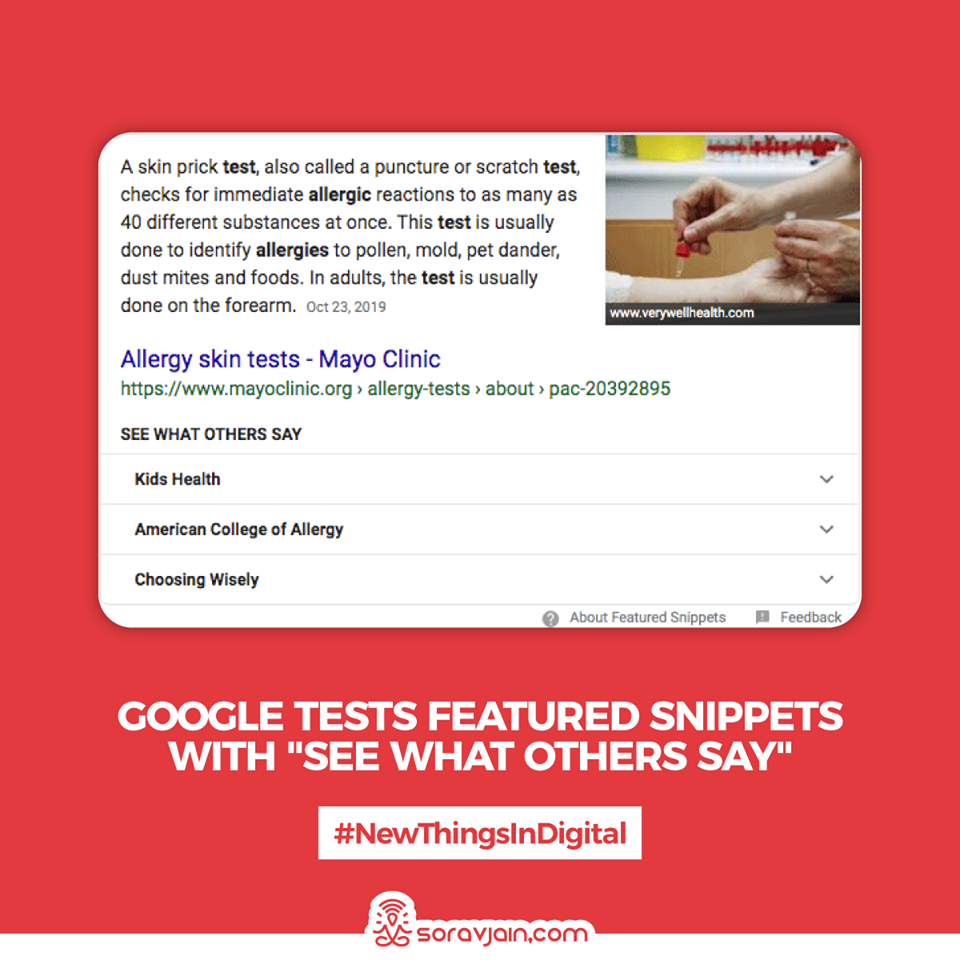 Google shows the main featured snippet but below it has a section with “see what others say” and then lets you click on an accordion interface to expand those other sources.

This is a small but useful change Google made in Google Search Console. So the Report Overview Pages for the performance reports, the coverage report, etc. now have small checkboxes in the boxes, so you know when a specific category is selected. 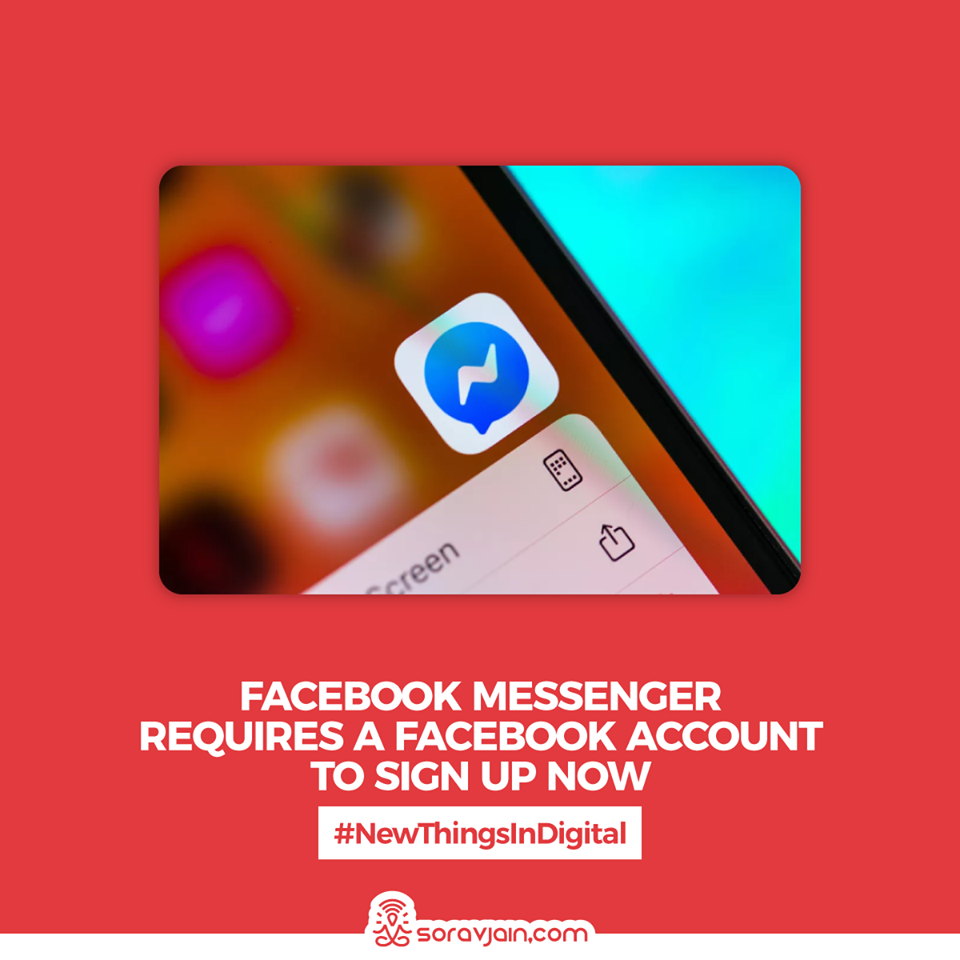 Facebook has announced that it’s requiring new people who sign up for its Messenger communications app to tie it to their Facebook account, effectively forcing them to reveal their identities and tie their communications to their social networking profile. 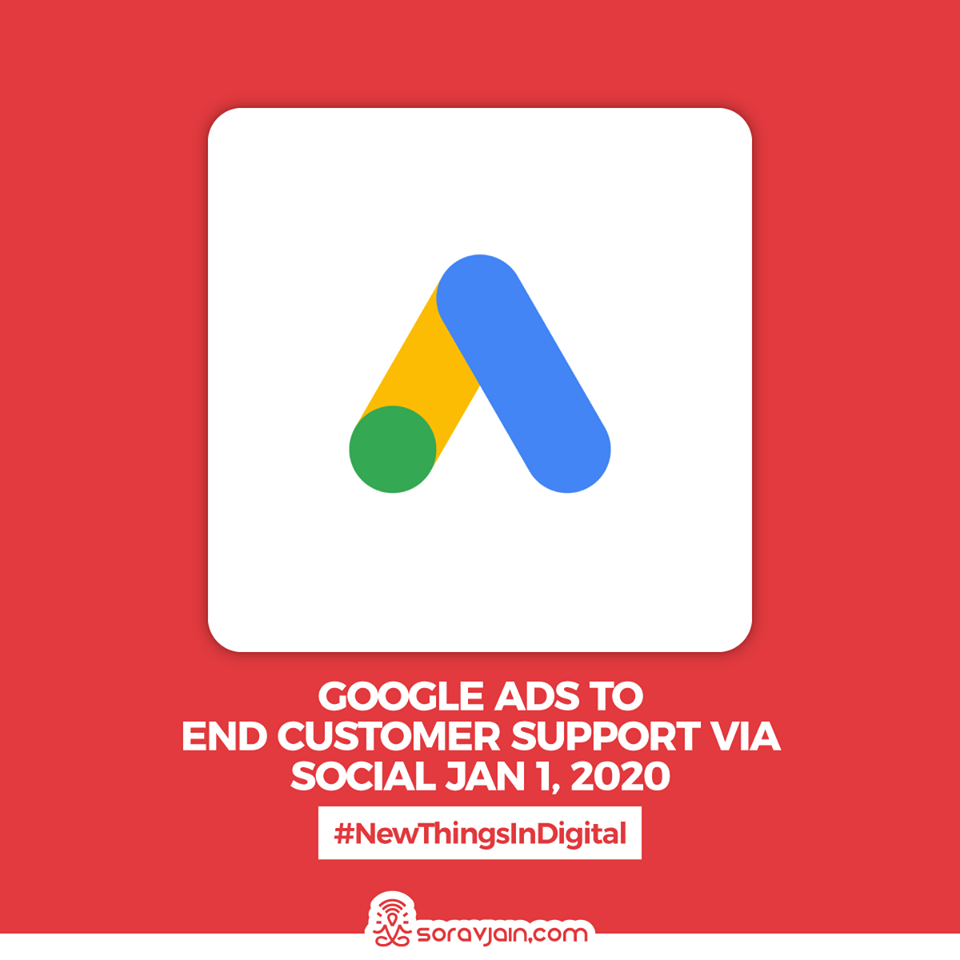 30. Amazon Makes it Easier For Agencies to Advertise on Their Clients’ Behalf

Amazon has changed the registration process for agencies and marketers running sponsored ads campaigns for Amazon vendors. No codes required to register for vendor advertising.

Google now lets you search videos on YouTube with voice commands when you’re casting the app on a bigger screen. The latest feature is available for both Android and iOS platforms.

32. YouTube Is Testing ‘Featured in This Video’ Update To Showcase The Collaborators

The new feature is aimed at making collaborations more intuitive for creators. Instead of creators themselves having to push the details of the creator they’ve collaborated with, YouTube will now automatically a “featured in this video grid” where viewers will be able to find and subscribe channels they’ve seen in a video. Right now, this is being tested only on android.