Situated in the southeast of Asia, Vietnam pronounced ‘Viet nam’ is a country of staggering beauty. Lonely Planet describes it as “exotic and compelling”. This aesthetically pleasing country has drastically improved in terms of social media and digital marketing landscape. This young and dynamic country has huge commercial opportunity for small/big brands, marketers and investors. One of the main reasons being the digital trends in Vietnam that is emerging fast in every notable sector.

The following are some of the digital statistics and facts about the Socialist Republic of Vietnam that proves that the internet and social media have certainly penetrated this beautiful country. 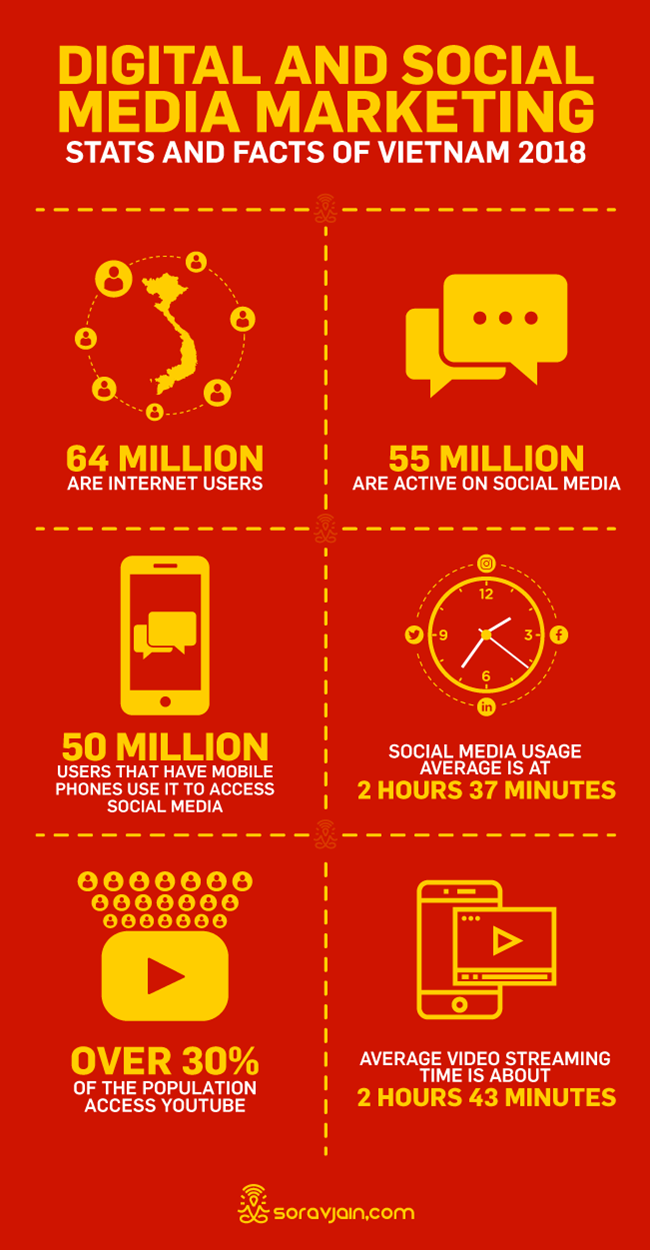 Have some more interesting stats and facts about Vietnam? Let me know in the comments section below.