In the month of Christmas and New Years, the digital world received many important updates as presents. From YouTube stories, Google’s new search bar, and LinkedIn’s location sharing update to Instagram’s music sharing and countdown option, we have had some amazing updates from last month in #newthingsindigital series. My personal favorite is the first one. […] 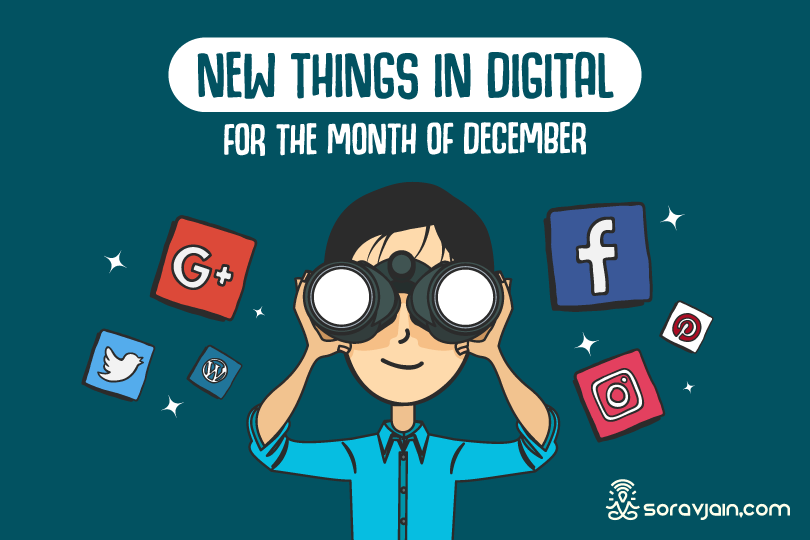 In the month of Christmas and New Years, the digital world received many important updates as presents. From YouTube stories, Google’s new search bar, and LinkedIn’s location sharing update to Instagram’s music sharing and countdown option, we have had some amazing updates from last month in #newthingsindigital series. My personal favorite is the first one. Get familiarized with these updates and try them now. YouTube has launched ‘YouTube Stories’, its take on the next-gen social sharing format. It looks and functions much the same as the Stories options we are used to on Instagram, SnapChat except that it will last for 7 days on a profile. 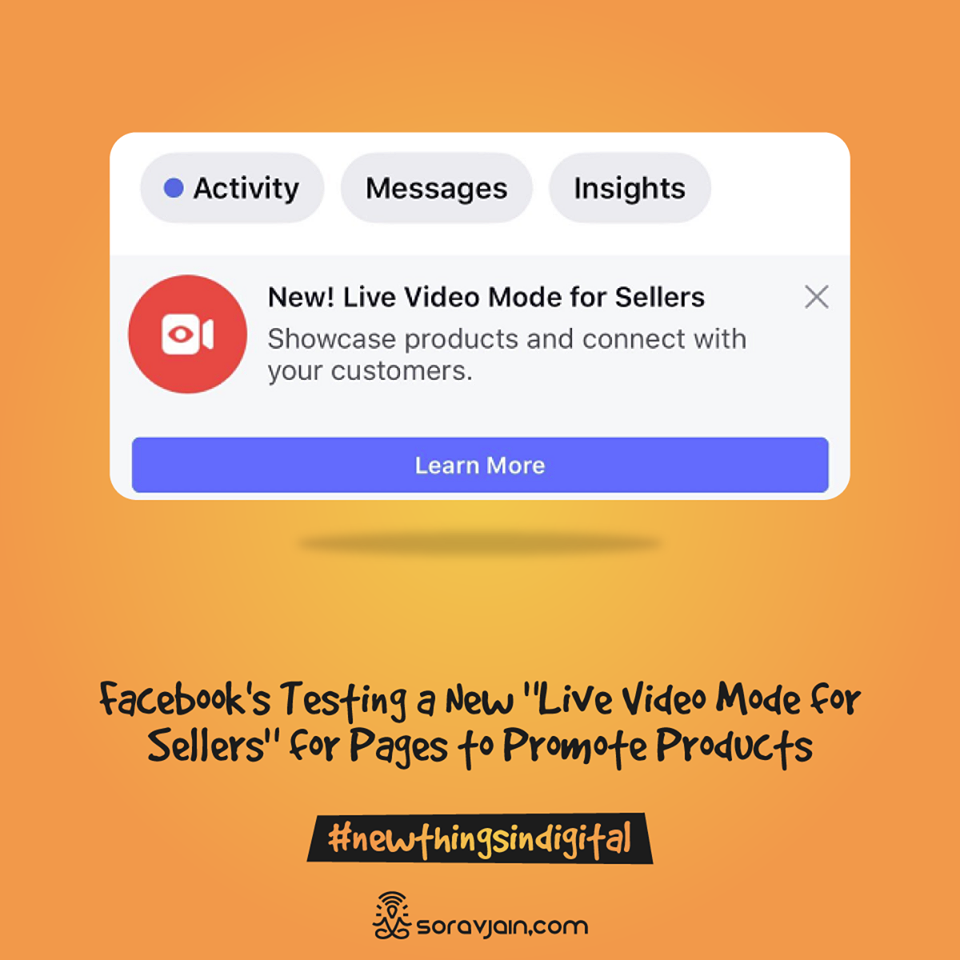 Facebook is testing a new element in its slowly evolving eCommerce tools with a dedicated Facebook Live mode that enables Pages to showcase products in their stream, which viewers can then easily purchase via screenshots. 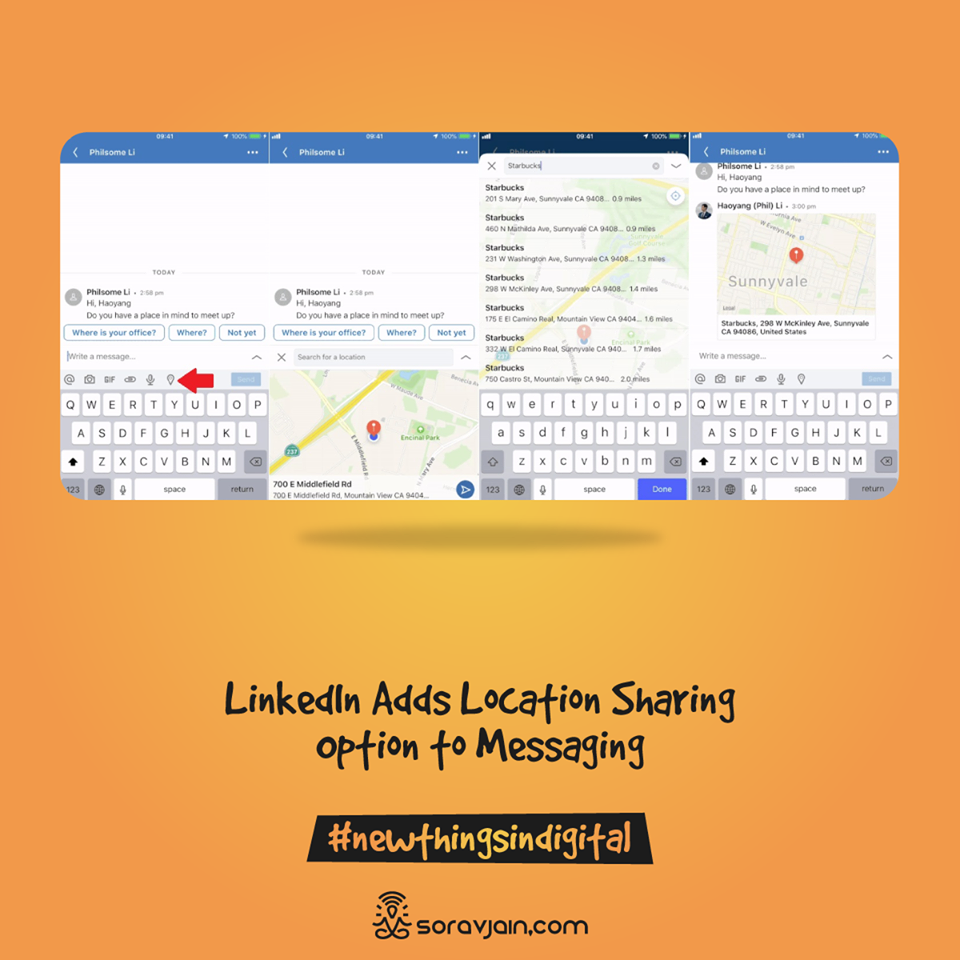 LinkedIn has announced a new addition to its messaging functionality which enables users to share their location, or a location nearby, to meet up. 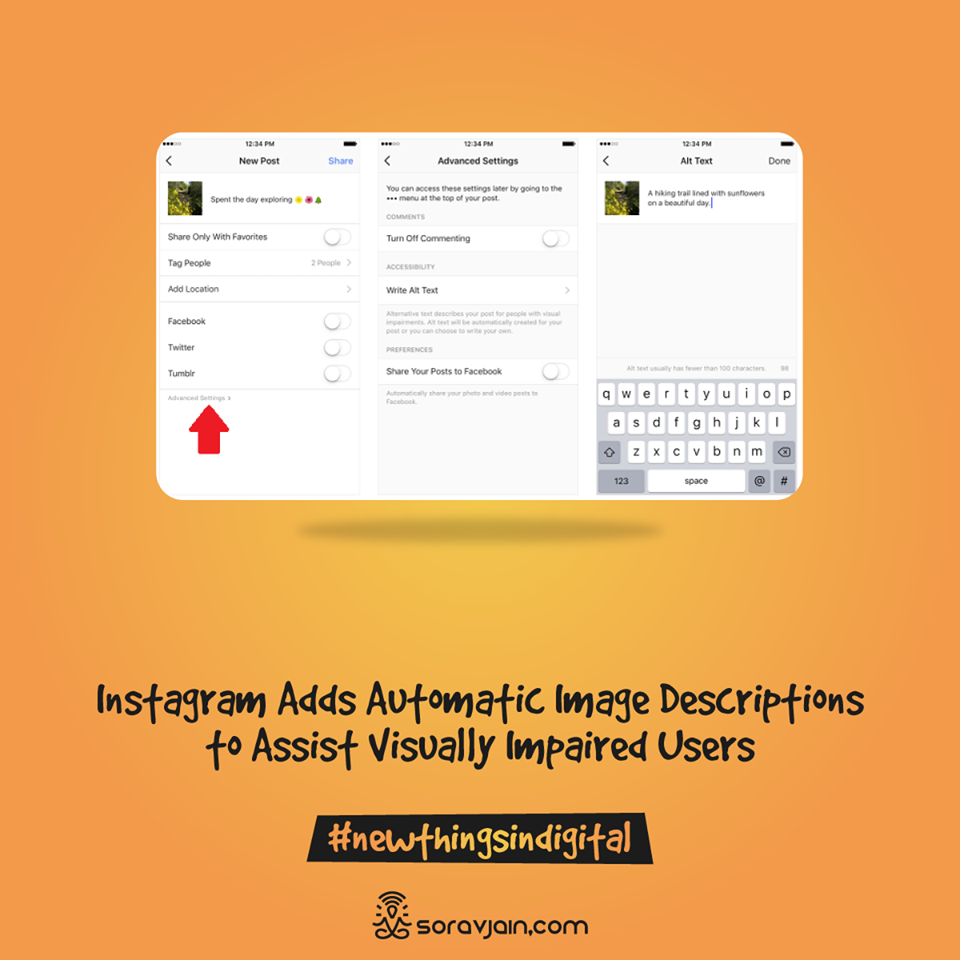 Facebook has been developing its image recognition capacity for some time, and is already utilizing its advanced object identification tools to help categorize and sort photos on its main app. Now, those same tools are being extended to Instagram, with the visual-focused app this week announcing the addition of automatic alternative text to provide descriptions of objects in photos via screen readers, and custom alternative text, so users can add descriptions of their photos when they upload. 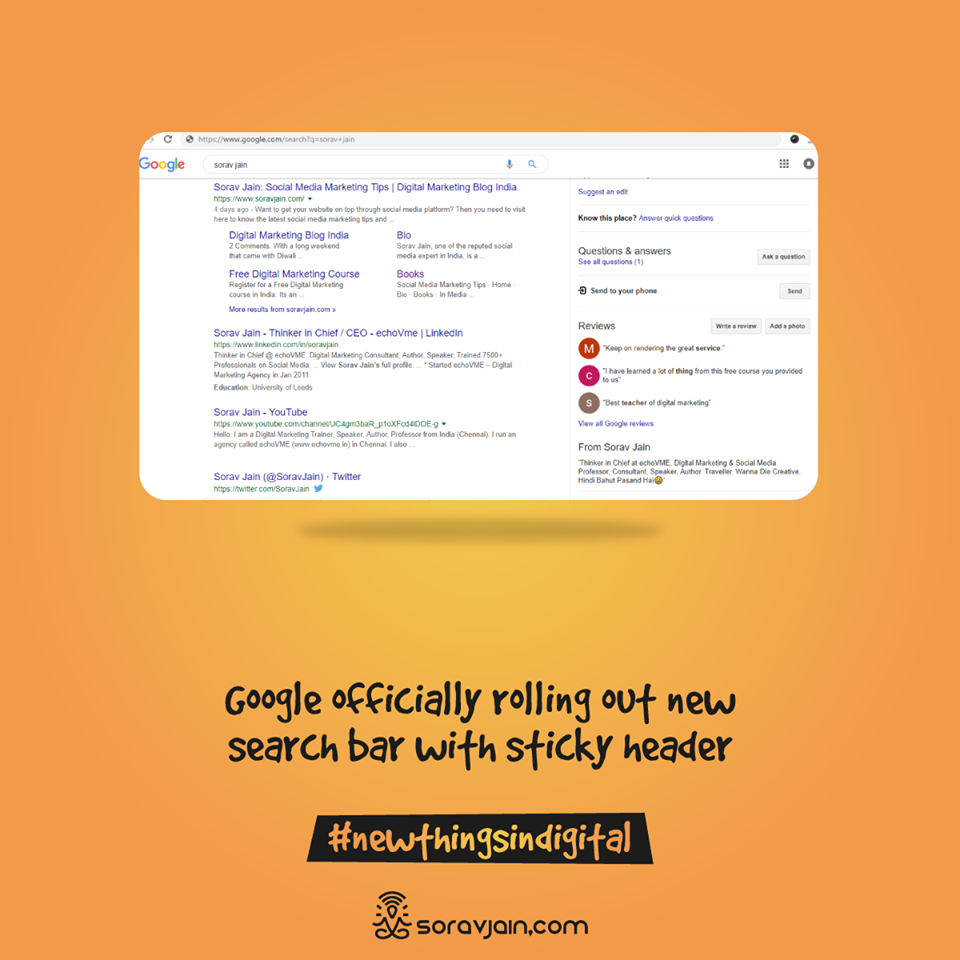 After months of testing, Google is rolling out the new rounded search bar with sticky header for the search results page.

Quora unveiled a new native ad unit Tuesday called Promoted Answers, which offers marketers the opportunity to promote organic content posted on the site by themselves or others. 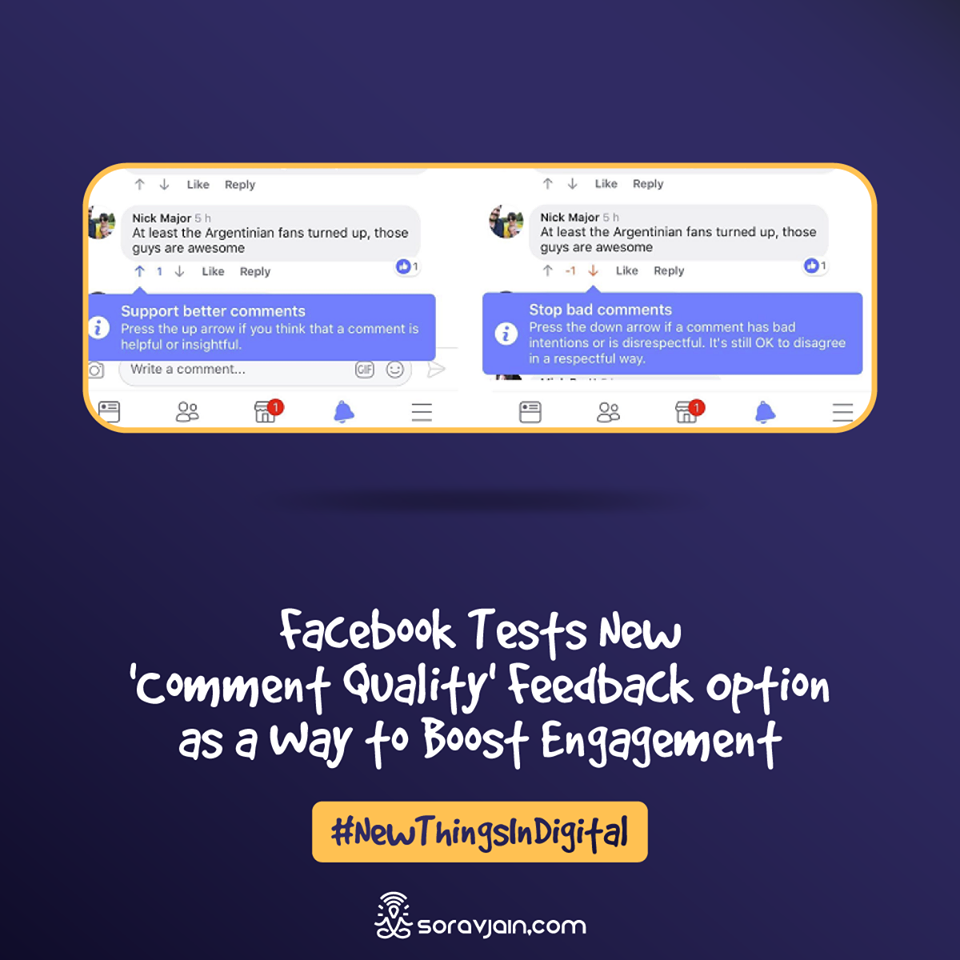 Low-quality & offensive comments, criticisms are a nagging issue for all social media managers and also the type of thing that actually discourages further interaction from others due to fear of the same being directed at them. To address this, earlier this year, Facebook started testing a new up and downvote option for comments, which was designed to give users a way to provide immediate, easy feedback on comment quality, in order to keep on-platform conversations more civil and inviting. 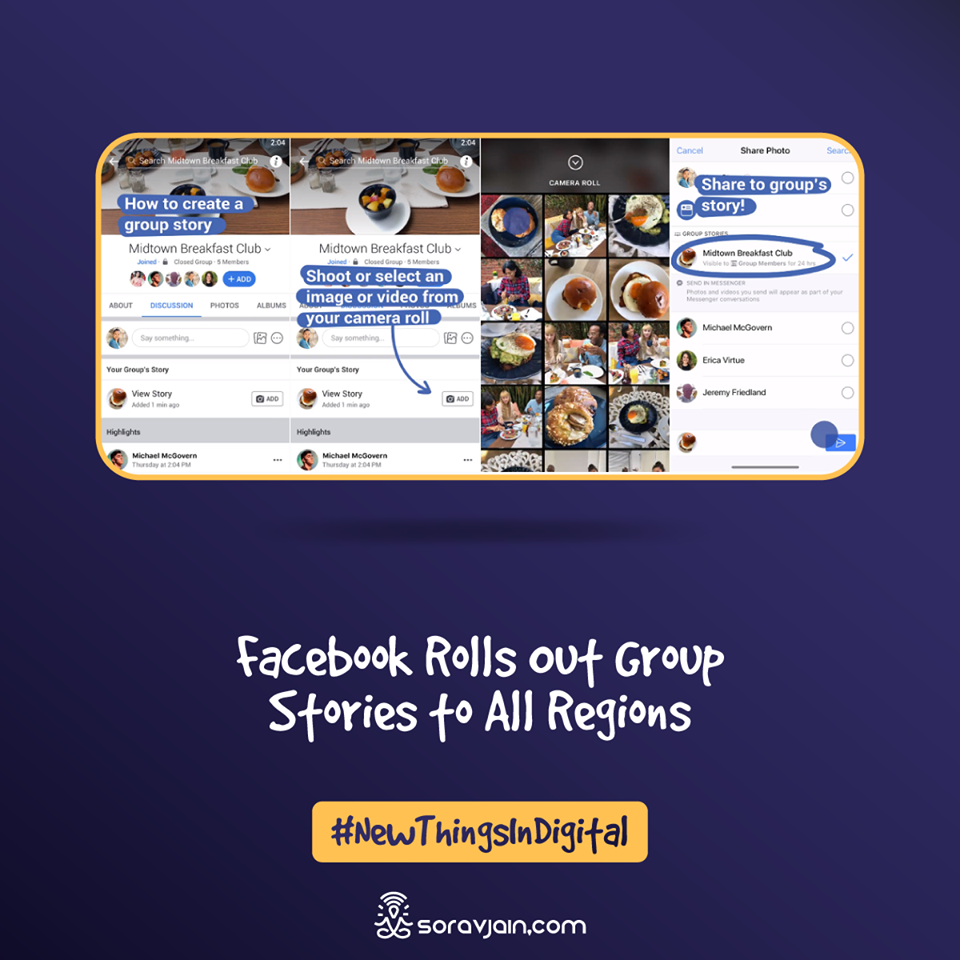 Facebook began testing collaborative Stories for Groups and Events, enabling members and attendees to contribute, and providing another way to connect with like-minded users. Now, Facebook’s rolling out its Group Stories option in all regions, adding another element to its growing push on Stories use. 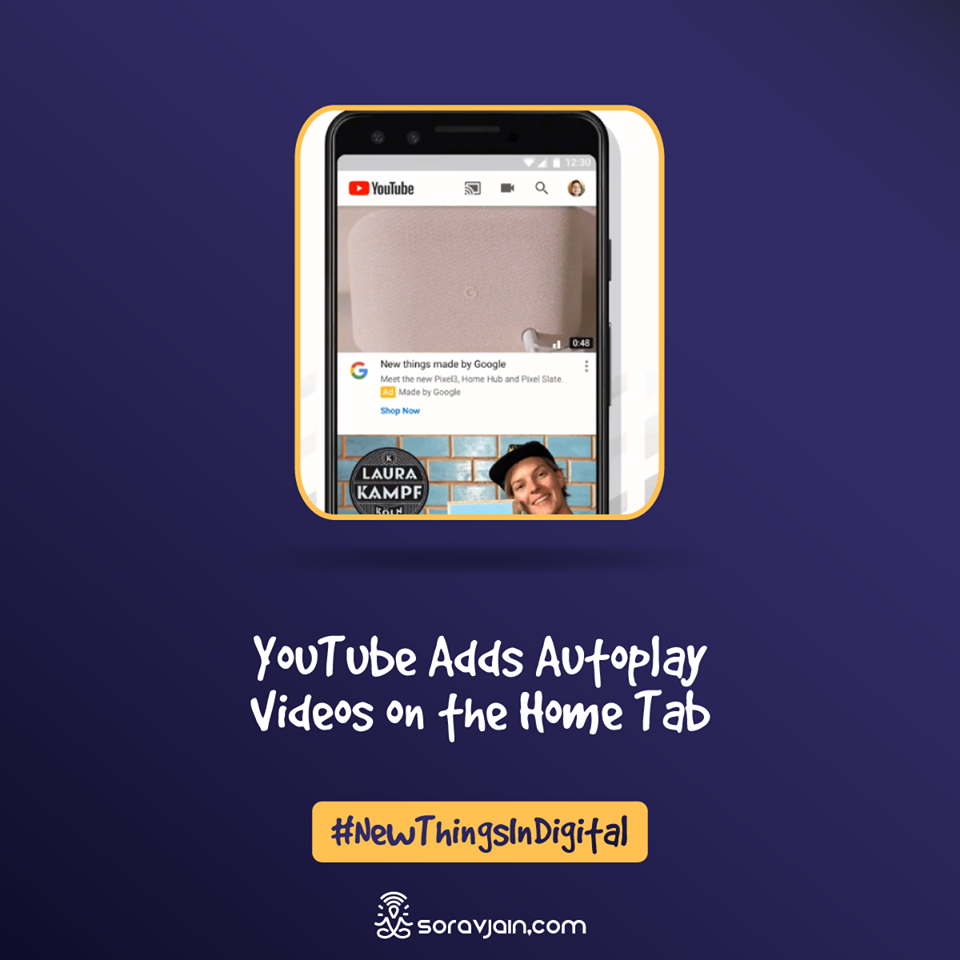 The digital video leader has announced that videos on its home tab in both it’s Android and iOS apps will now autoplay, muted and with captions. 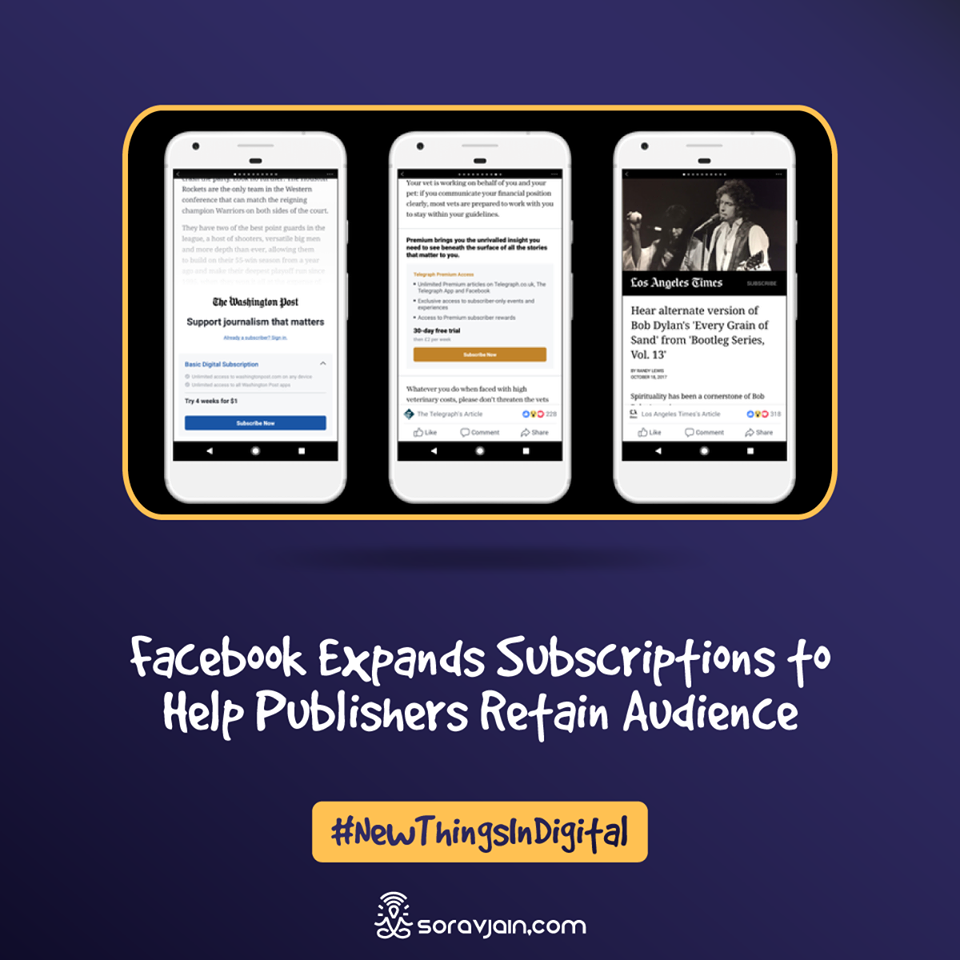 Facebook has been working on a subscription option to help publishers maintain a direct connection with their audiences, helping them both build their businesses beyond Facebook, and better manage News Feed shifts.

#13 Google to Redirect Old Search Console Reports to New Ones? 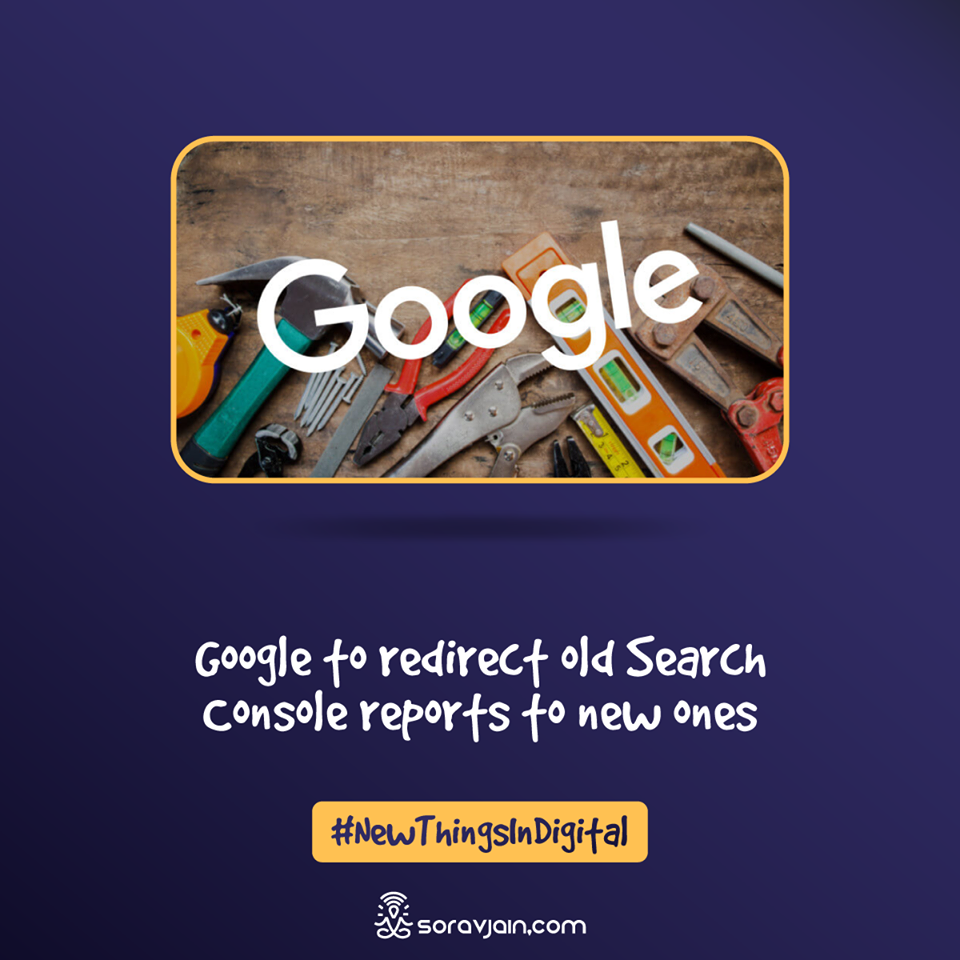 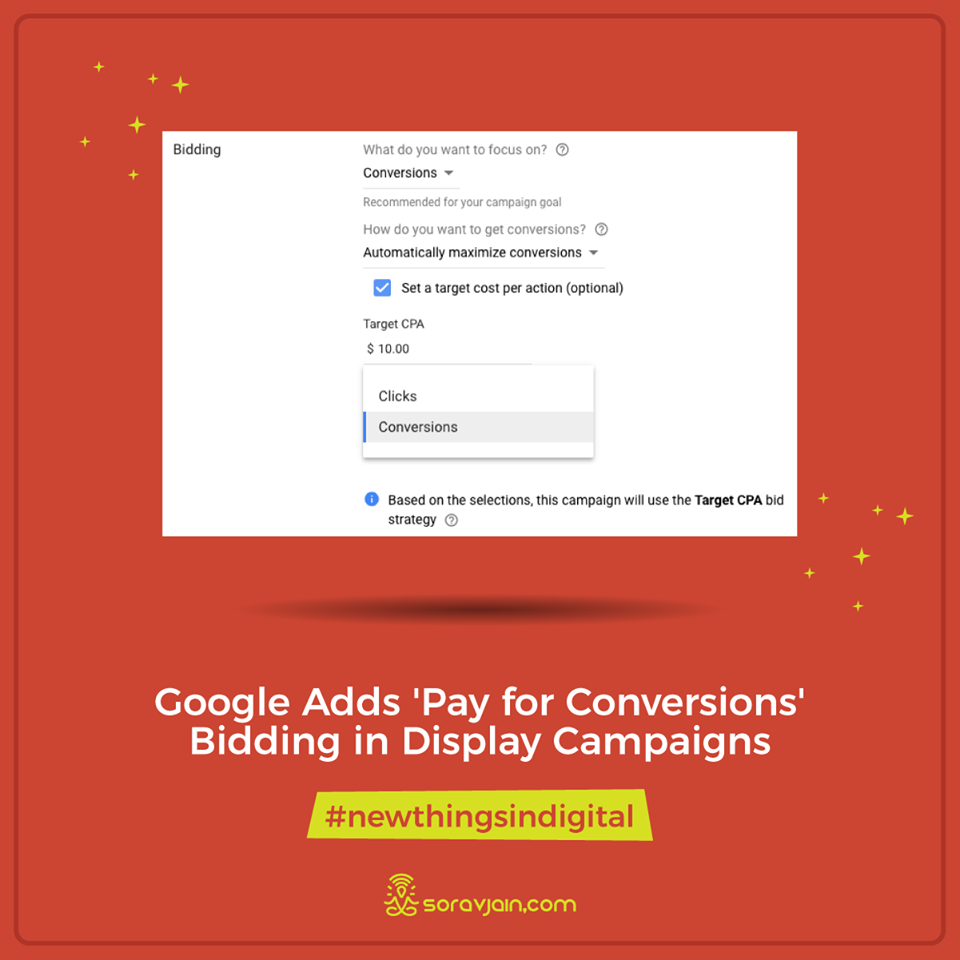 Google has announced the availability of conversion-based bidding for display campaigns called “Pay for conversions”. With the new bidding options, advertisers are charged when users convert from the ads rather than for ad clicks or impressions. Google announced on Twitter that it has officially removed several of the old reports within the old Google Search Console. This comes as no surprise as we reported earlier that Google would be dropping these reports on December 13. 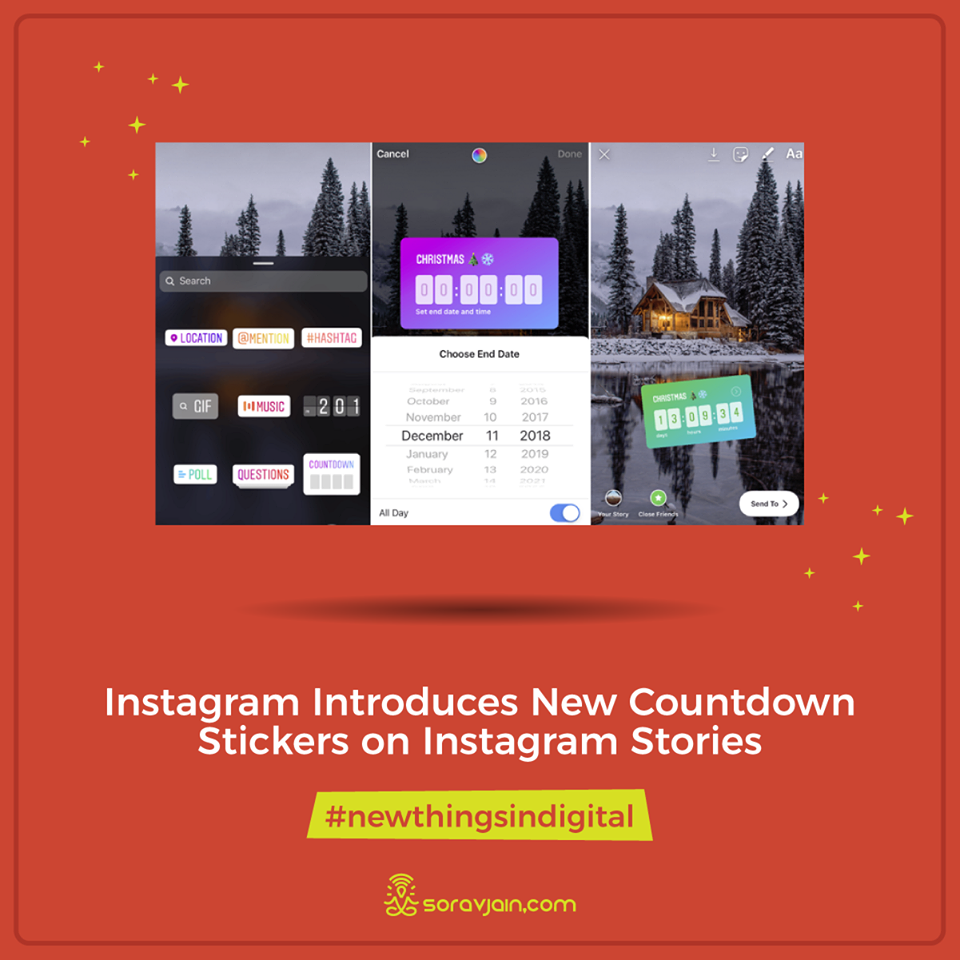 Instagram has added a new ‘Countdown’ sticker for Stories, which displays a timer for a chosen event. This is available on the stories sticker tray and you can change the color of this sticker, while setting the date & time. The real highlight of this update is, when a user taps on the sticker, they’ll be given the option to either set a reminder for when the countdown ends, or to share the countdown with their followers. Instagram now lets you send voice messages to other users. To send a voice message on Instagram, just open an existing conversation or start a new conversation. Then, press and hold the microphone icon, and record your message. 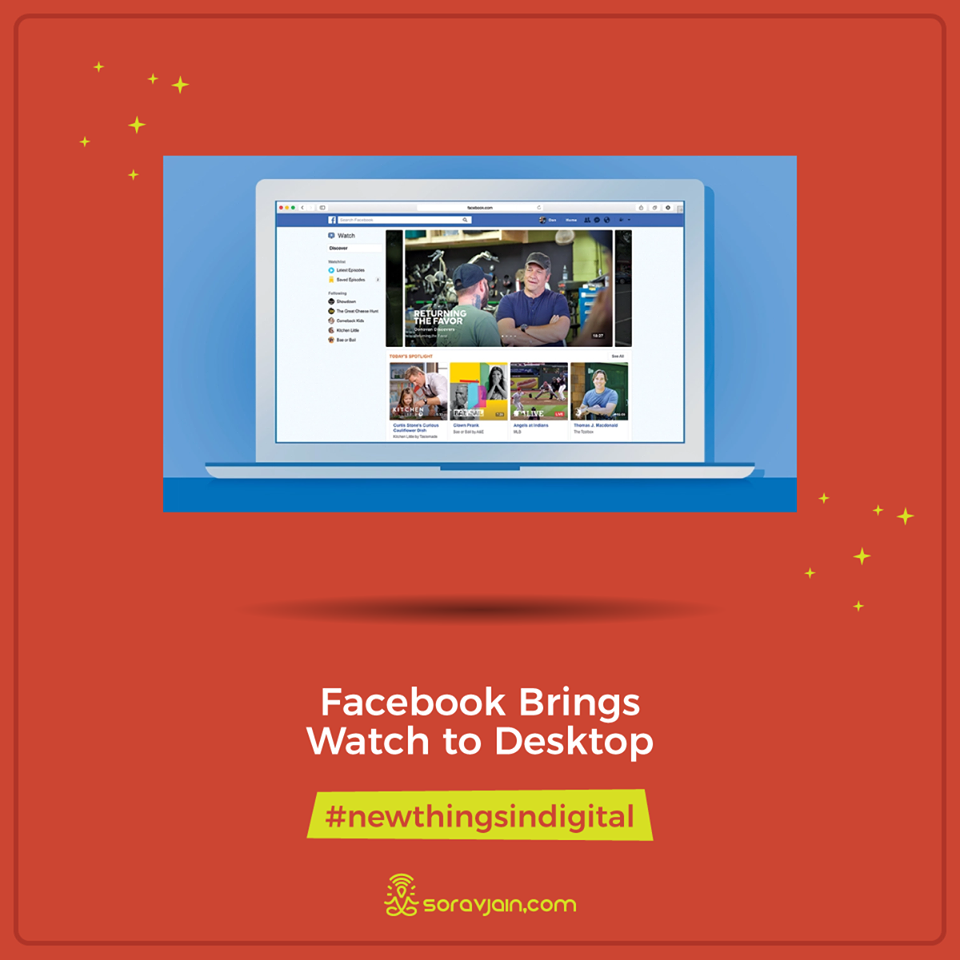 Facebook notes that 75 million people daily are spending at least one minute on Watch. It has now launched Facebook Watch on desktop. Facebook is ‘running a small test’ of ads in search results as it seeks new options to help offset the slowdown in overall revenue growth. 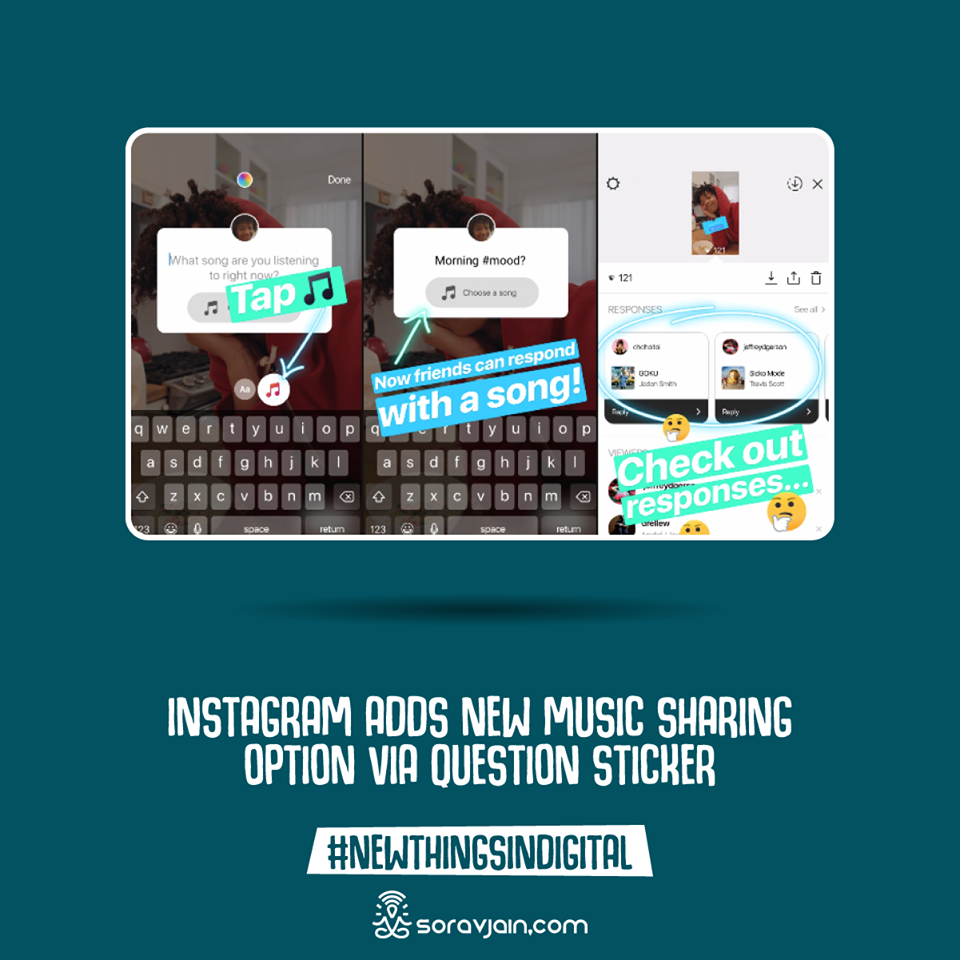 Users now can share songs with friends via the question sticker on Instagram stories. You can choose a song directly from the music library to share with others and tap the play button to listen to the songs. And when it is shared back in the story with an image or video, the music will play as a background Facebook has added three new camera tools to Messenger, giving users more options to help share their festive celebrations – the Boomerang mode, the Selfie mode with blurred background to put the focus on the face and AR stickers 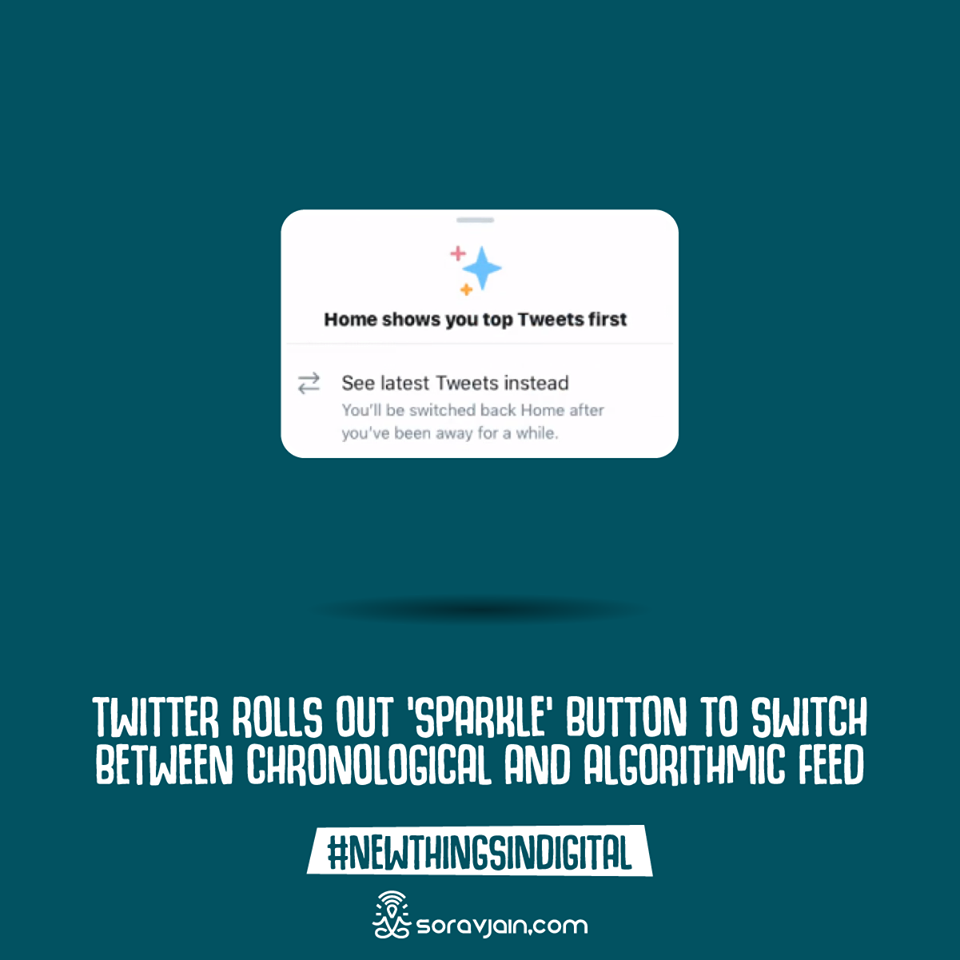 Twitter is now bringing it’s new ‘Sparkle’ button to all users, which will enable everyone to easily opt out of the algorithm-defined feed and see the most recent tweets from those they follow first. Bing Ads is making a change to how it determines status in its Bing Partner Program, shifting it to a calendar-year evaluation. The change is scheduled to take place in January 2019. The program consists of three tiers – Elite, Select and Partner — and includes resellers, agencies and technology providers that meet certain spend and certification criteria. 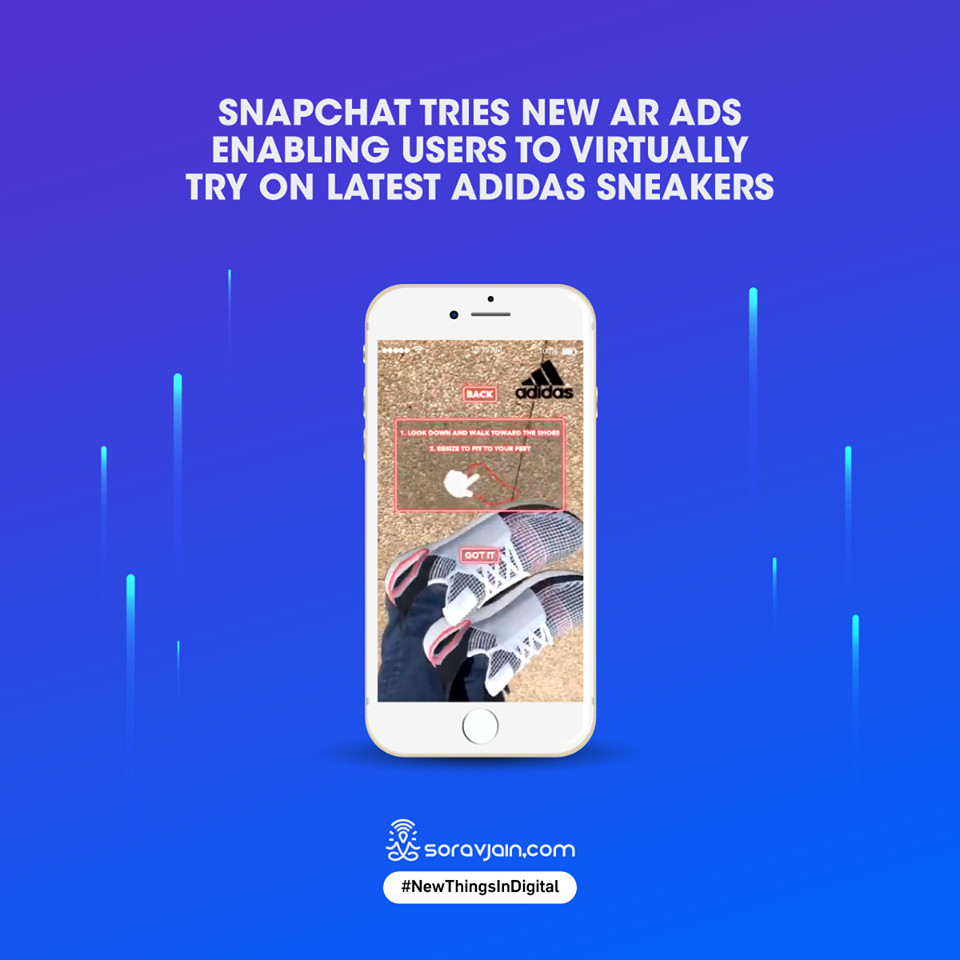 Adidas has launched a new ad campaign on Snapchat which enables users to virtually try on the latest sneakers. Facebook is updating its ‘Life Events’ listings with new, interactive features and a new section on your main profile page.

It helps you expand your reach to drive more conversions at the same average cost-per-acquisition (CPA).

Google announced Wednesday that over half of the pages shown in search results globally are from Google indexing that content using mobile-first indexing procedure. 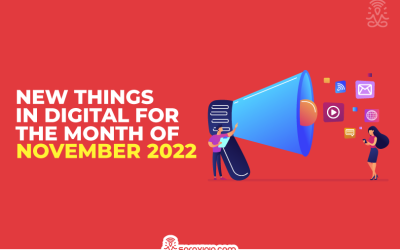 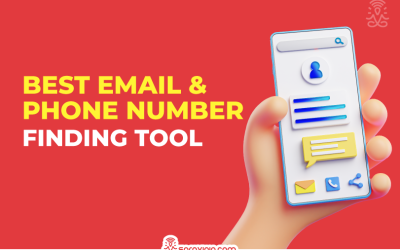