October has brought us a monsoon of digital marketing updates right from Facebook launching the screen sharing feature built-in to live streaming to LinkedIn launching their autoplay video ads feature, the month has clearly driven its share of updates. Read along to see what other updates have popped up this month! #NewThingsInDigital

#1 Twitter is testing a 280 character limit for select languages 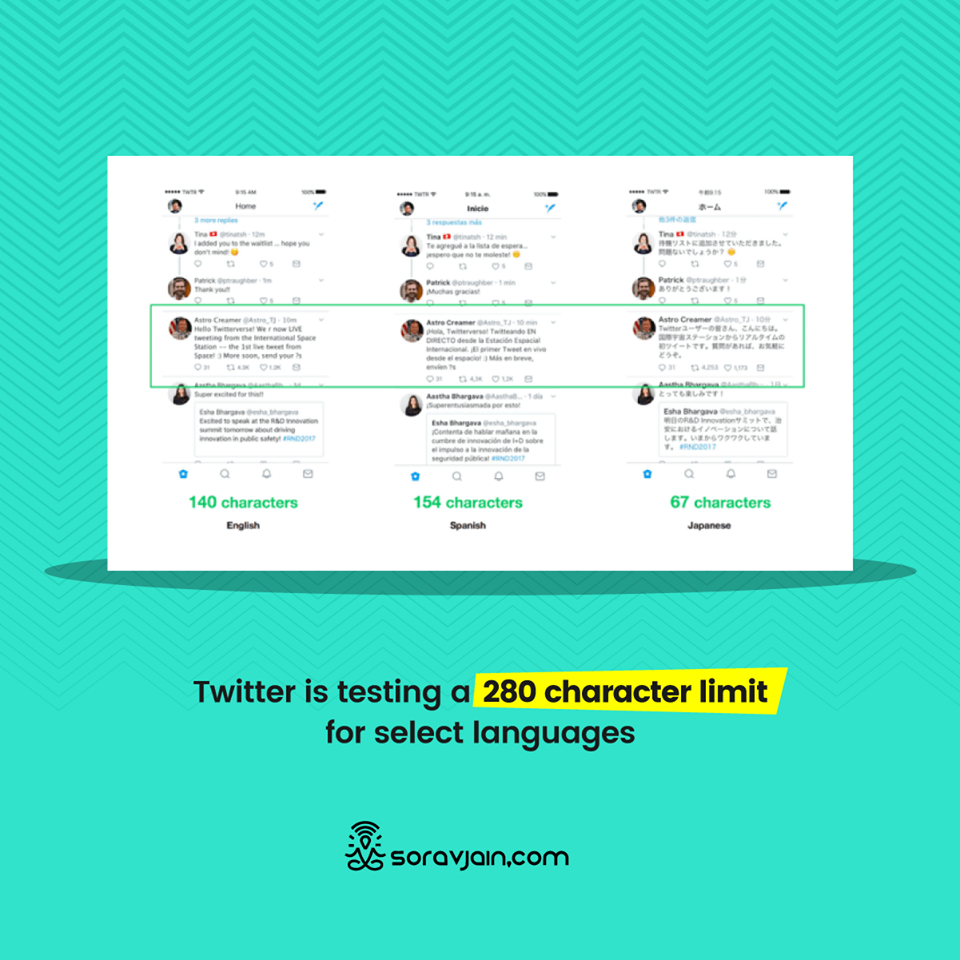 The expanded character limit is currently being tested with a small group of people before Twitter takes it broadly.

But, the time frame is limited to 1 hour meaning if an user has been inactive on Messenger for longer than an hour, the time marker disappears. 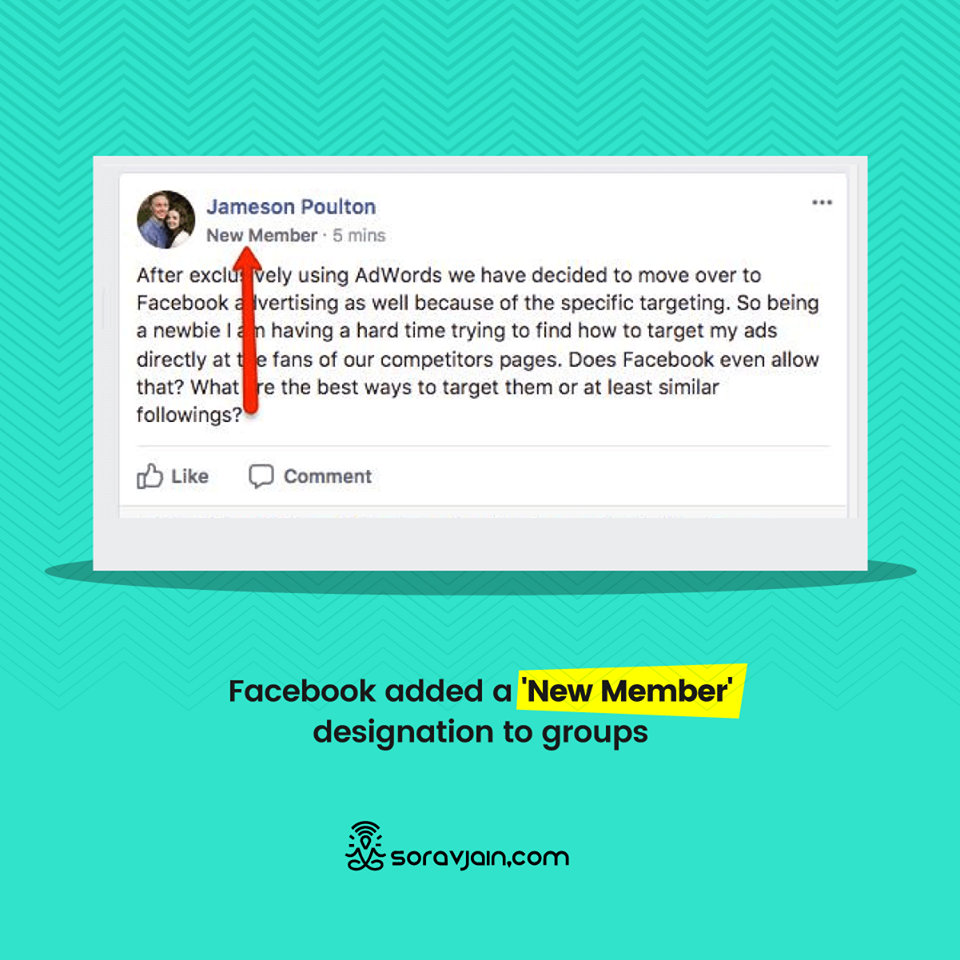 While this tags and highlights new members, it also suggests page admins to ‘write a post to welcome them’ to the group that automatically tags every individual in the group. 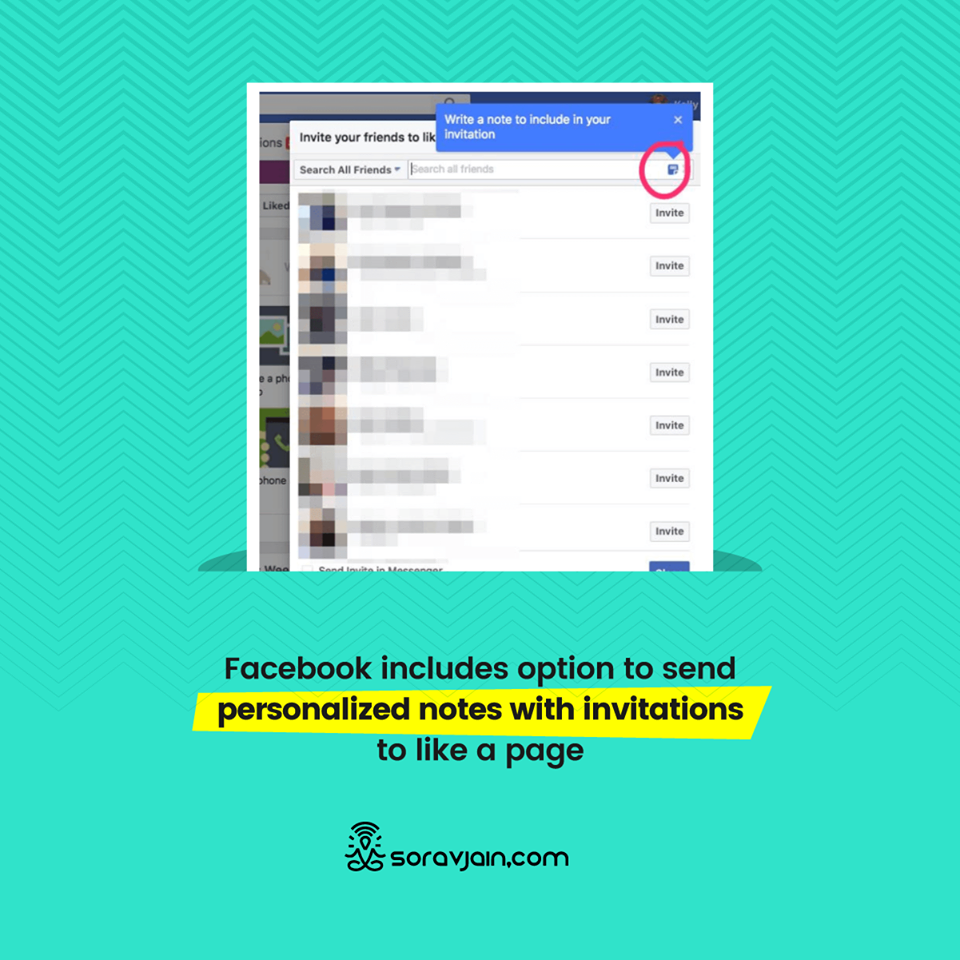 Now, invite people you know to like your page with customized message notes for them. 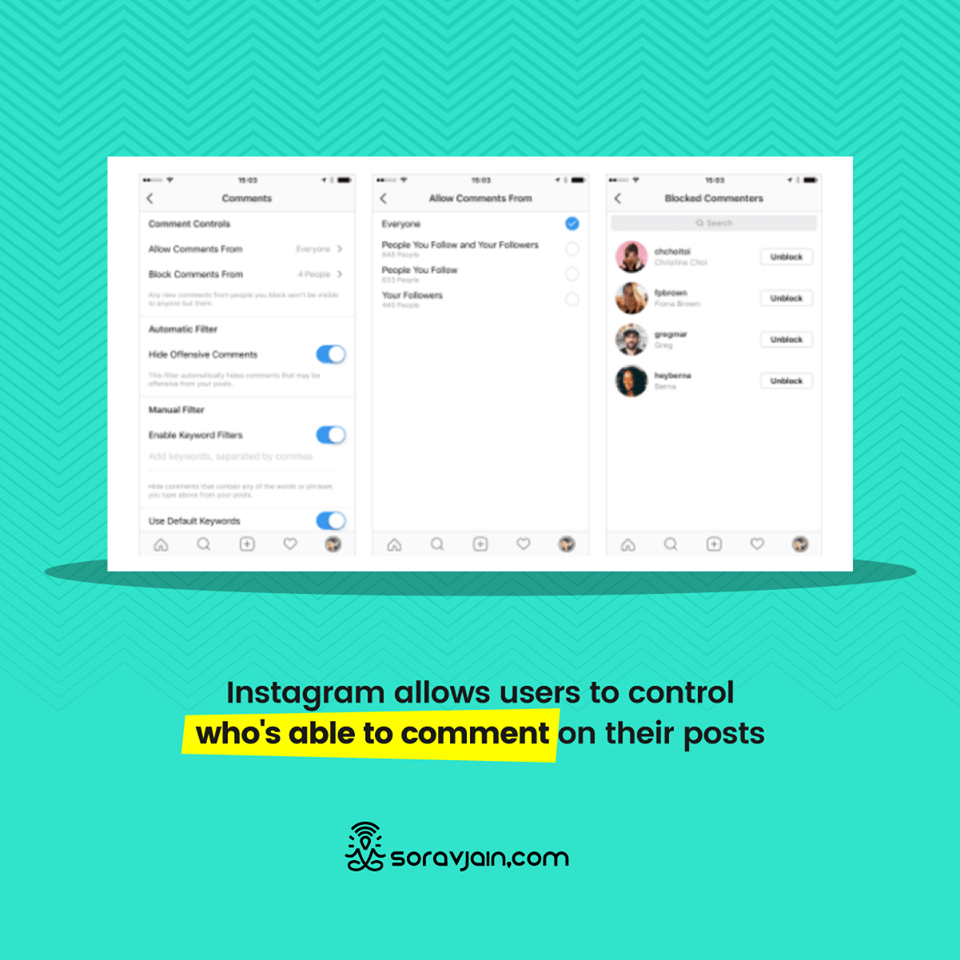 You can also block certain accounts from commenting at all. 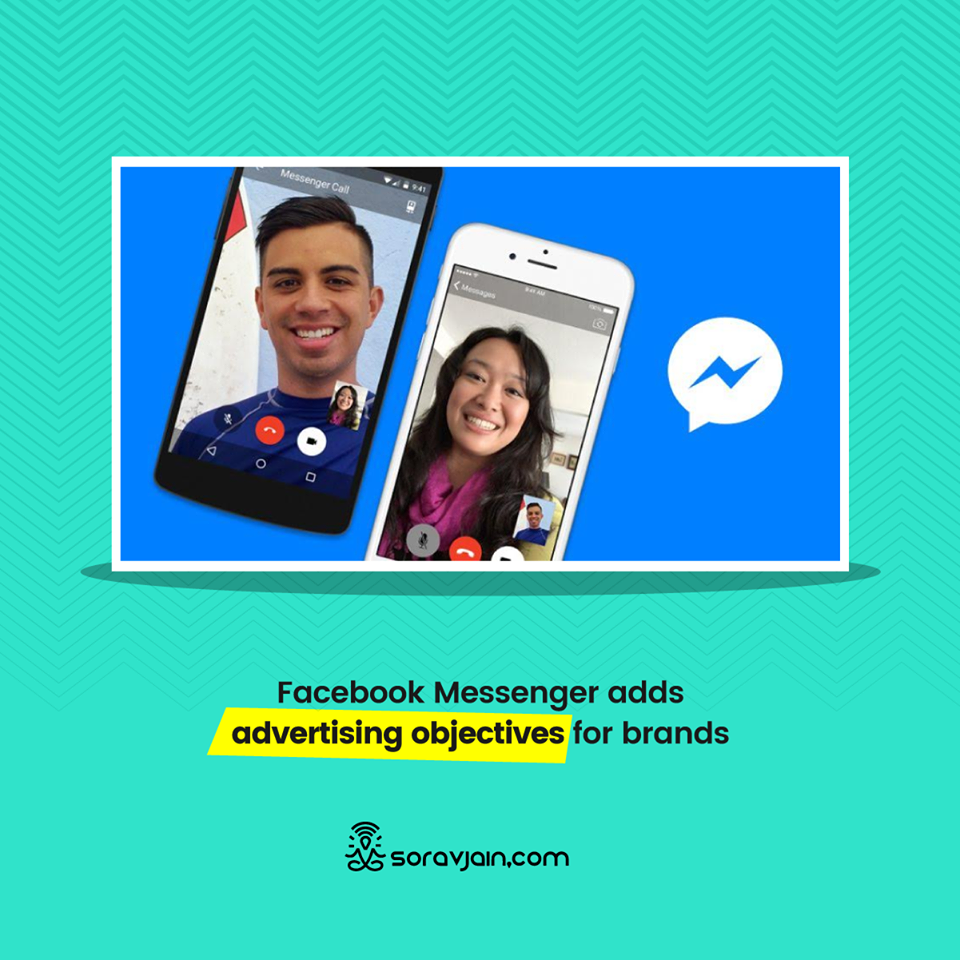 This is some solid news for Marketers to promote their branded chatbots and other campaigns. 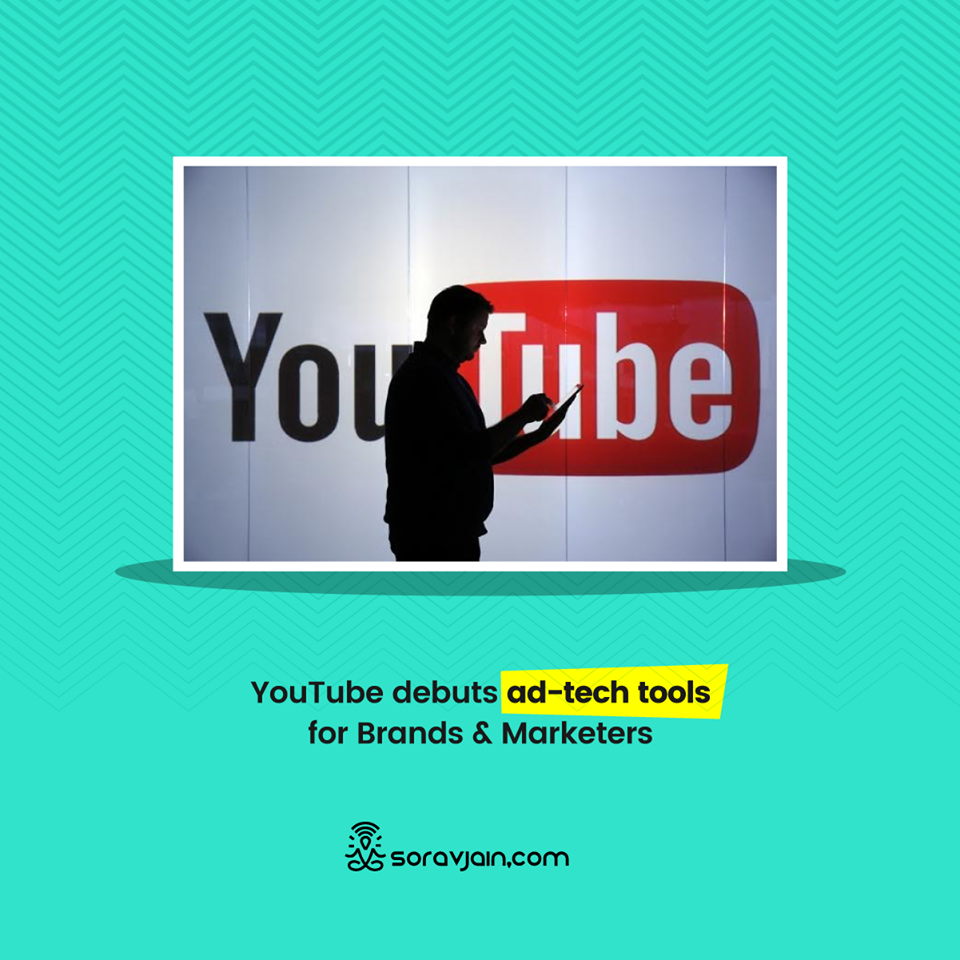 The newly introduced tools help you to, 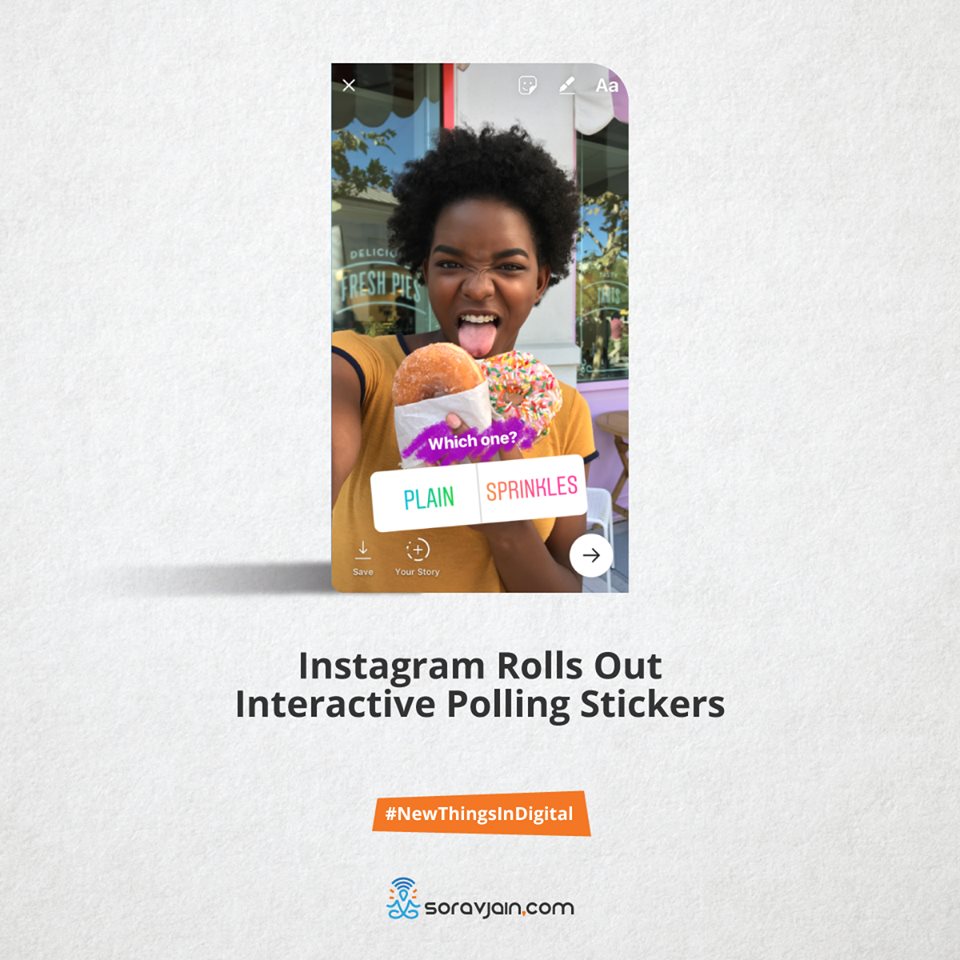 Instagram introduced new interactive poll stickers that allow users to “ask a question and see results from [their] friends and followers as they vote” in real time. 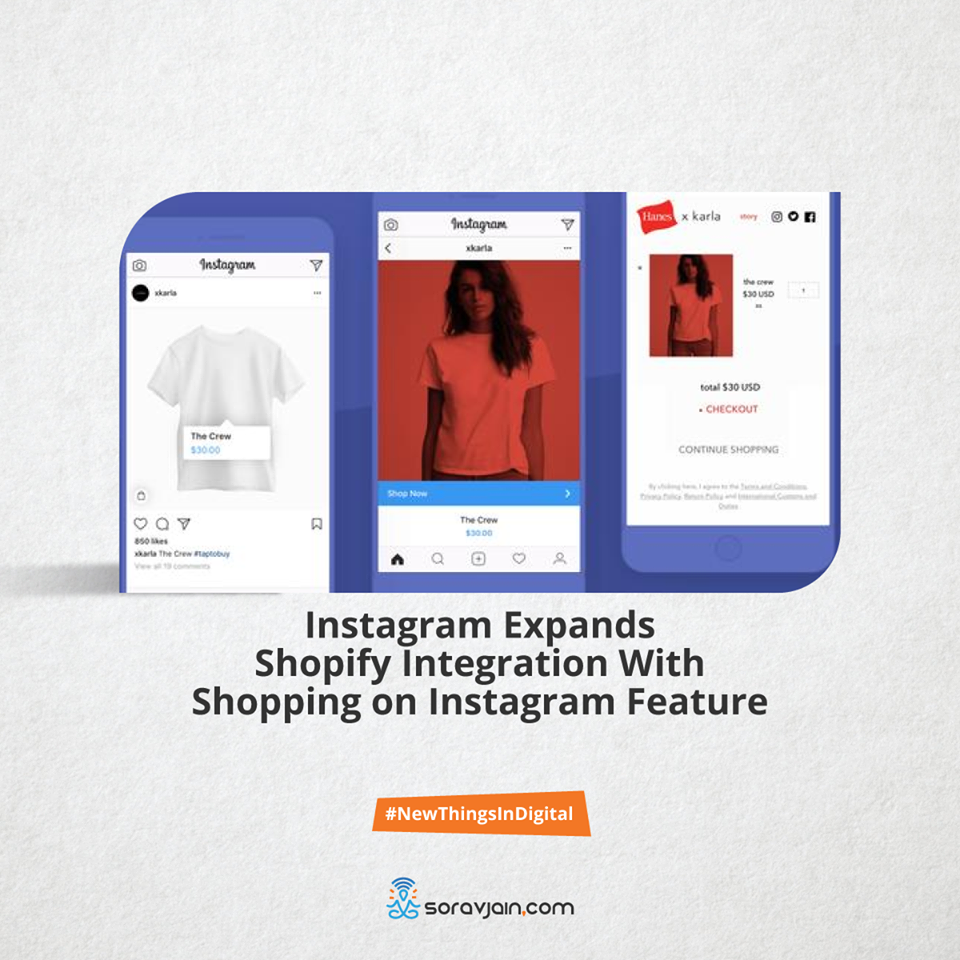 Instagram is testing the ability for brands and retailers to sell products directly on the platform with deeper Shopify integration called Shopping on Instagram. This program offers Shopify’s over 500,000 merchants the opportunity to sell goods on Instagram through an experimental tagging system. 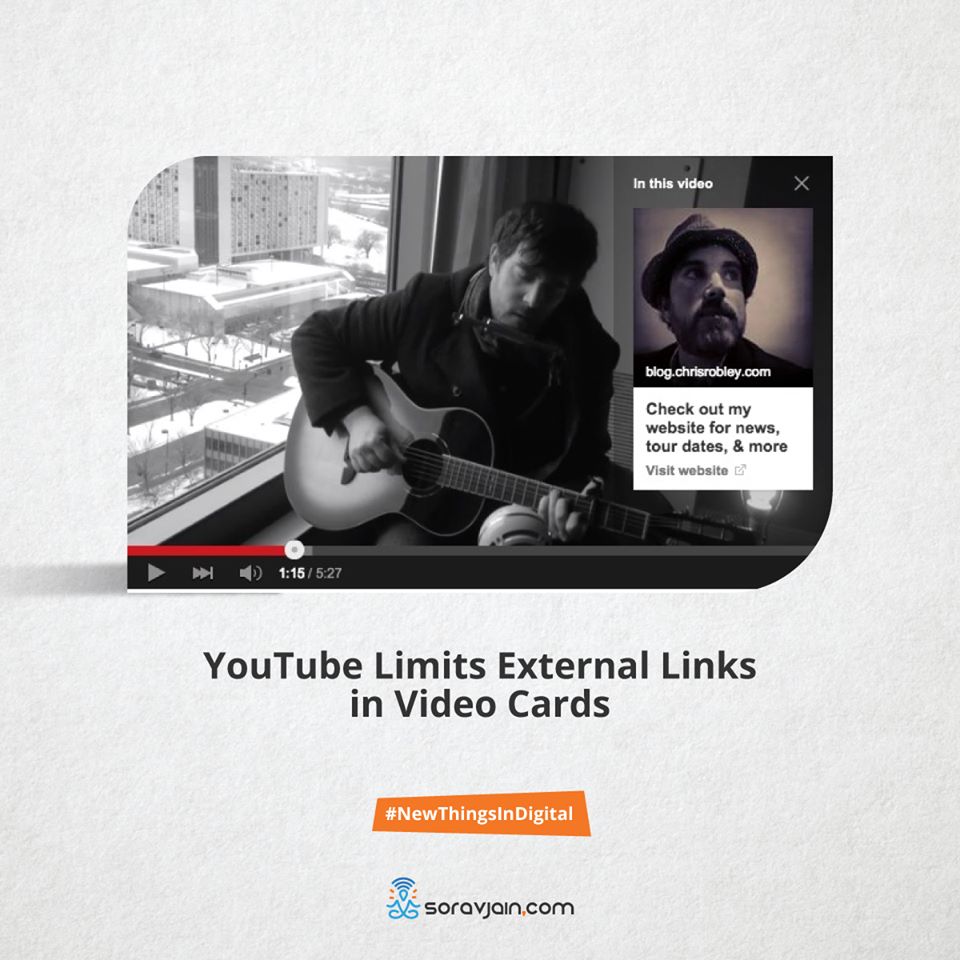 YouTube creators may now only direct viewers to weblinks using cards if the site is currently associated with their YouTube channel and the creator is a member of the YouTube Partner Program. 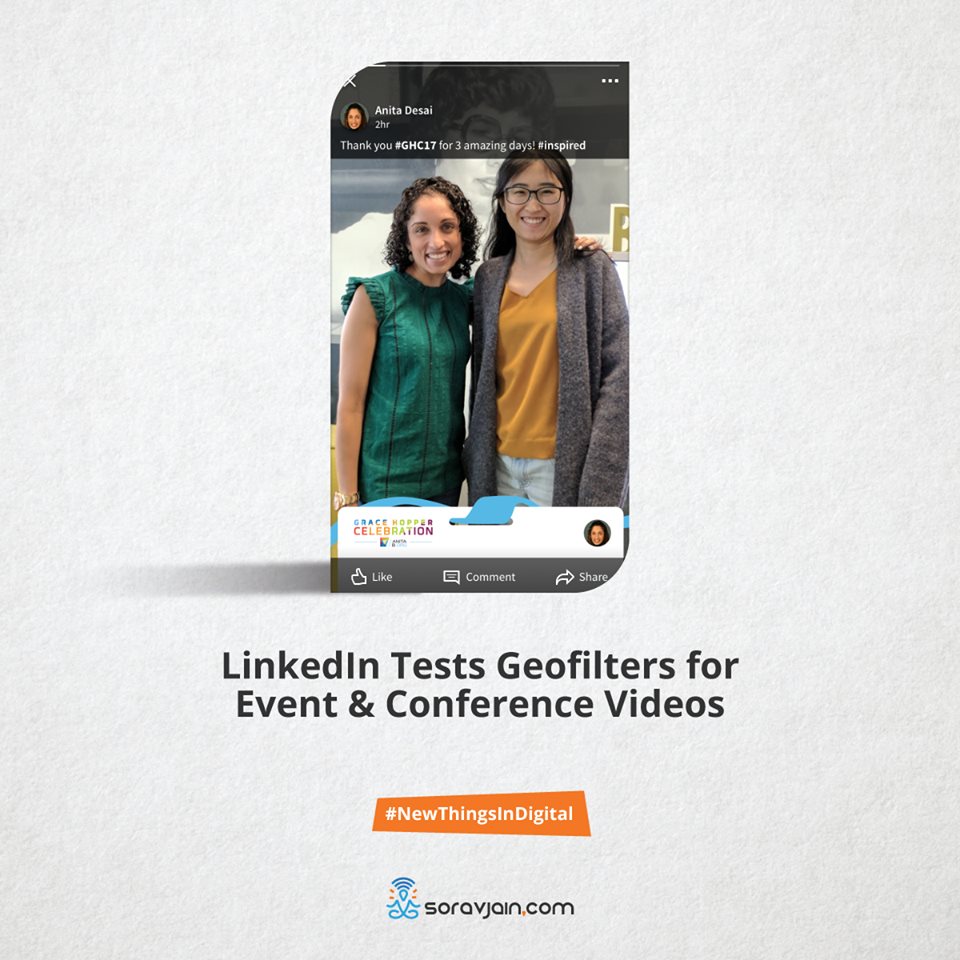 LinkedIn is testing a new overlay option that allows event and conference attendees to add location-based filters to videos created within the LinkedIn app. 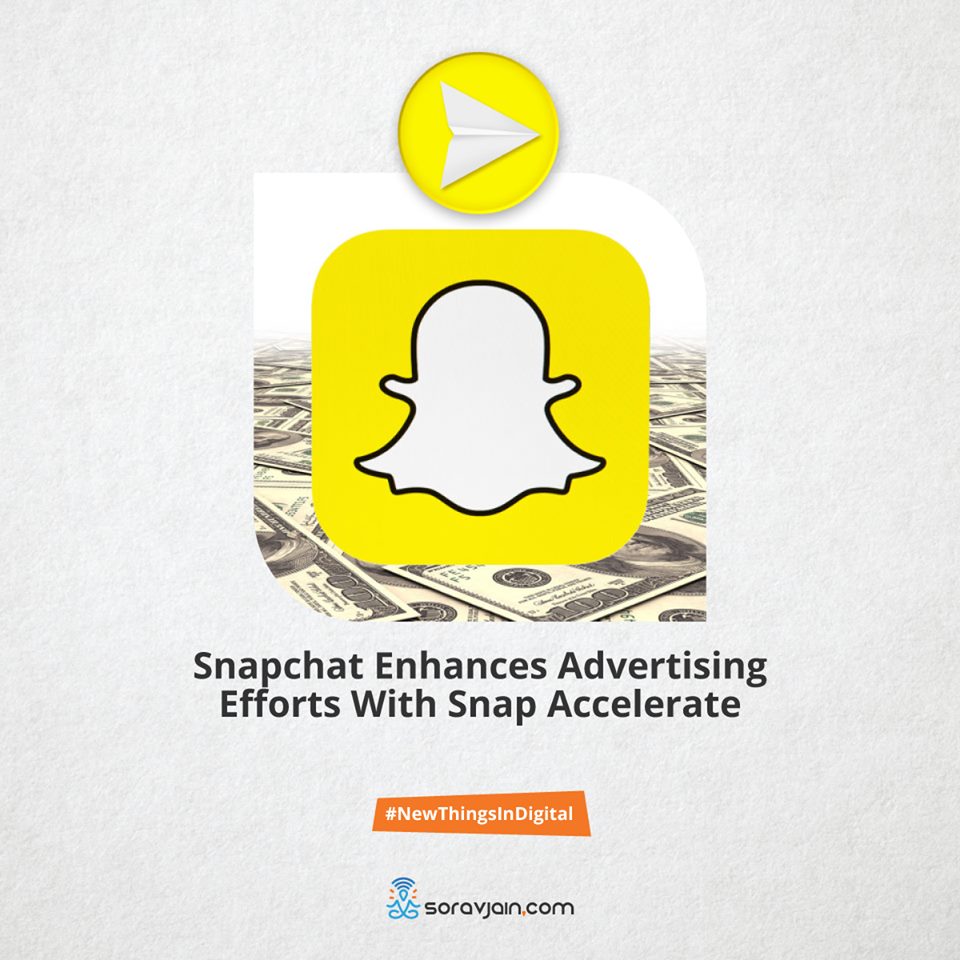 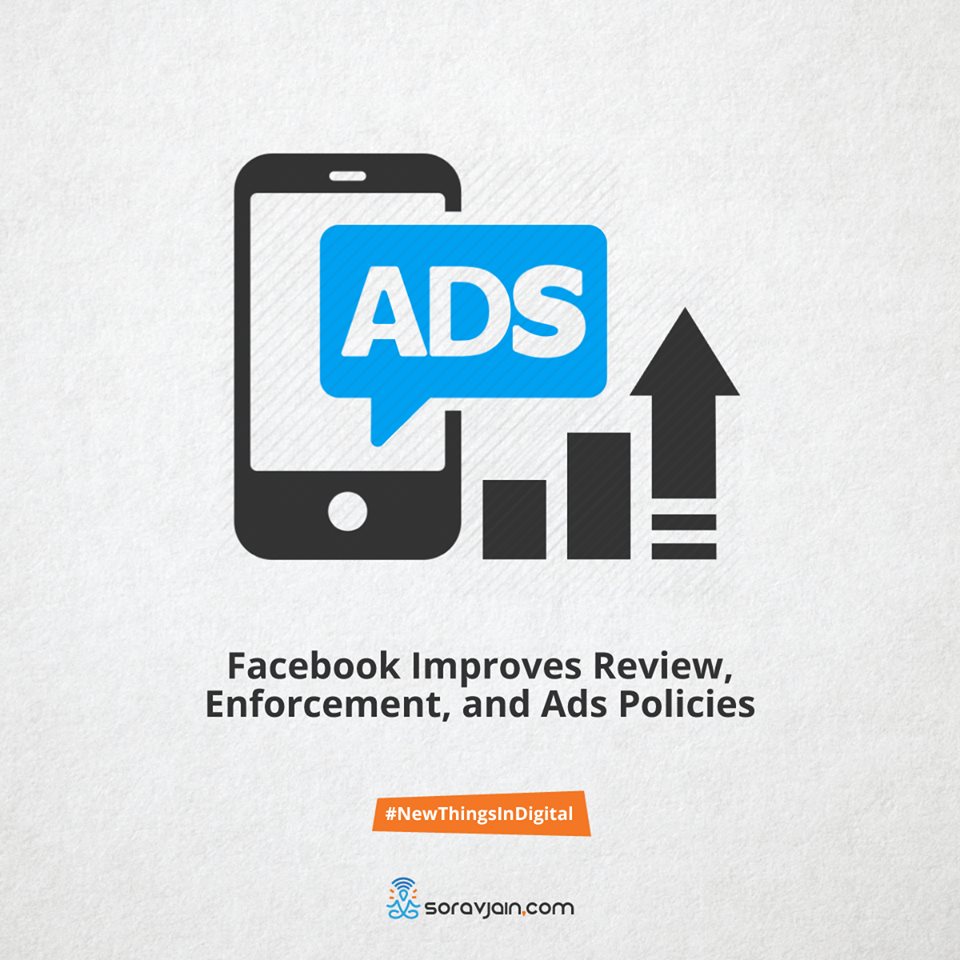 LinkedIn is developing Talent Insights, an upcoming self-service tool that gives recruiters “direct access to rich data on talent pools and companies” and empowers them to “manage talent more strategically.” 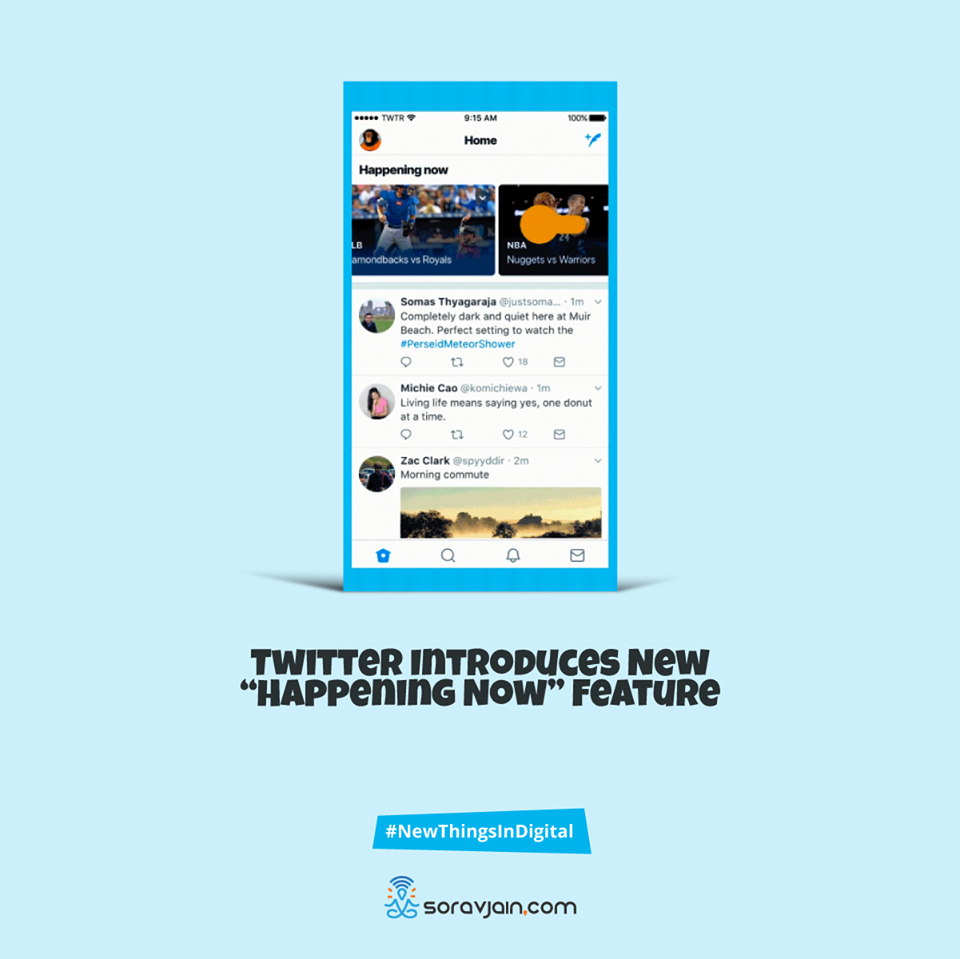 Twitter’s newly released Happening Now feature is a dedicated timeline of tweets highlighting a specific topic. This feature will initially focus on sports in the U.S., but will eventually expand to other areas such as entertainment and breaking news and feature them at the top of users’ timelines. 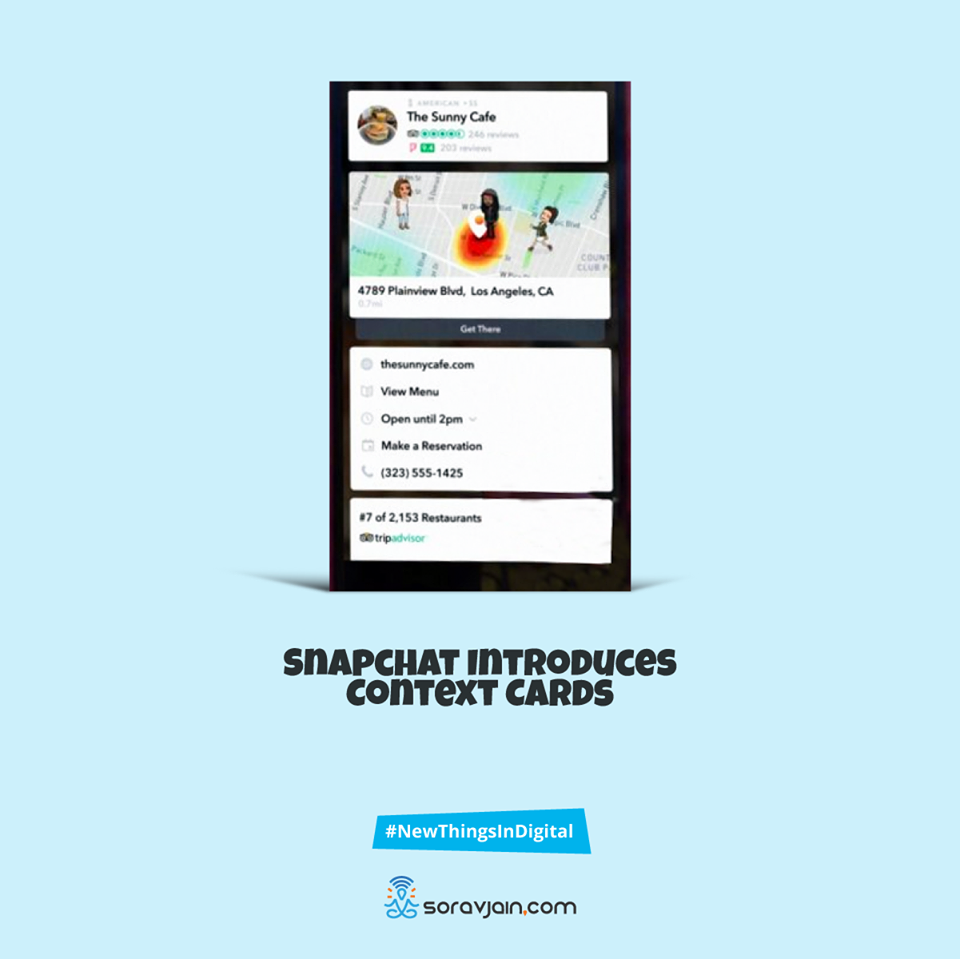 Snapchat announced “a new way to learn more about what you see on Snapchat” with context cards. With content from partners such as TripAdvisor, Foursquare, Michelin, and goop, context cards allow users to take simple actions and learn more about a location from snaps. This new feature is available on both iOS and Android in the U.S., Canada, UK, Australia, and New Zealand. 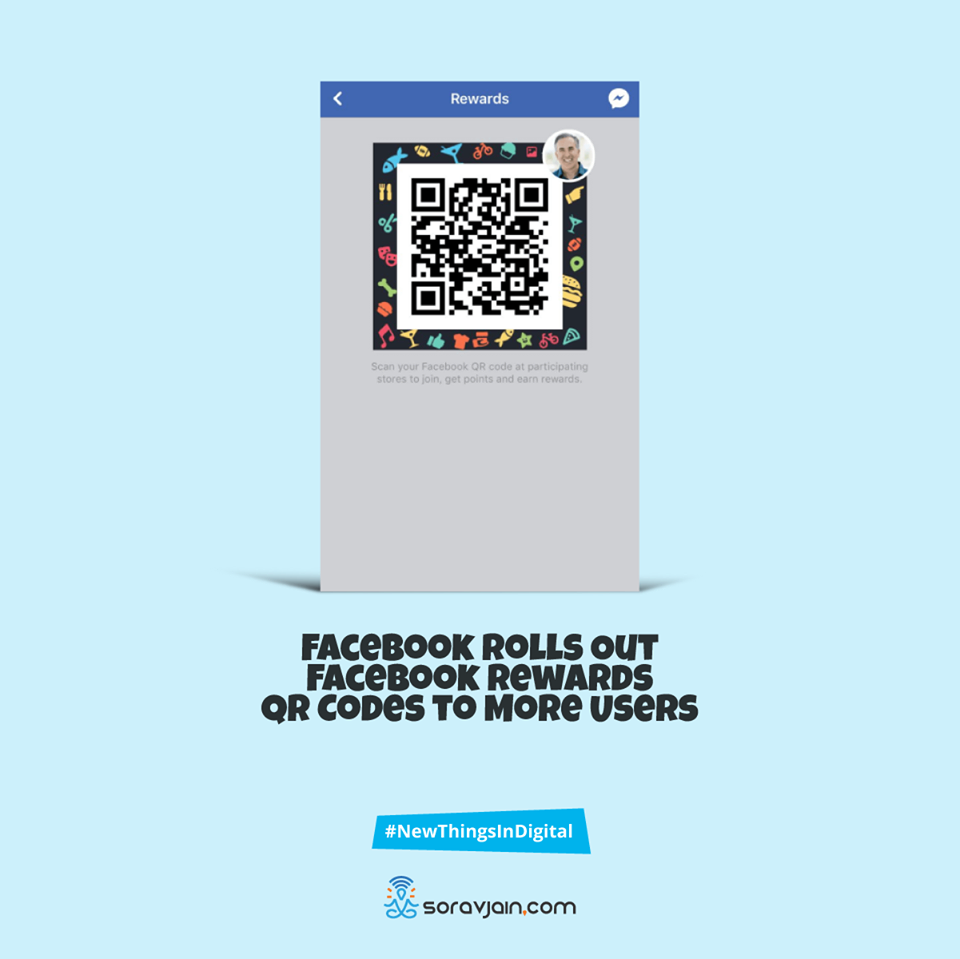 In early May, Facebook began running “a small test” that enables people to use its mobile app to collect and redeem rewards when they make a purchase at select participating stores. It appears that Facebook is now expanding Rewards QR codes to more users. This feature can be located only within the Facebook mobile app under the Rewards tab. 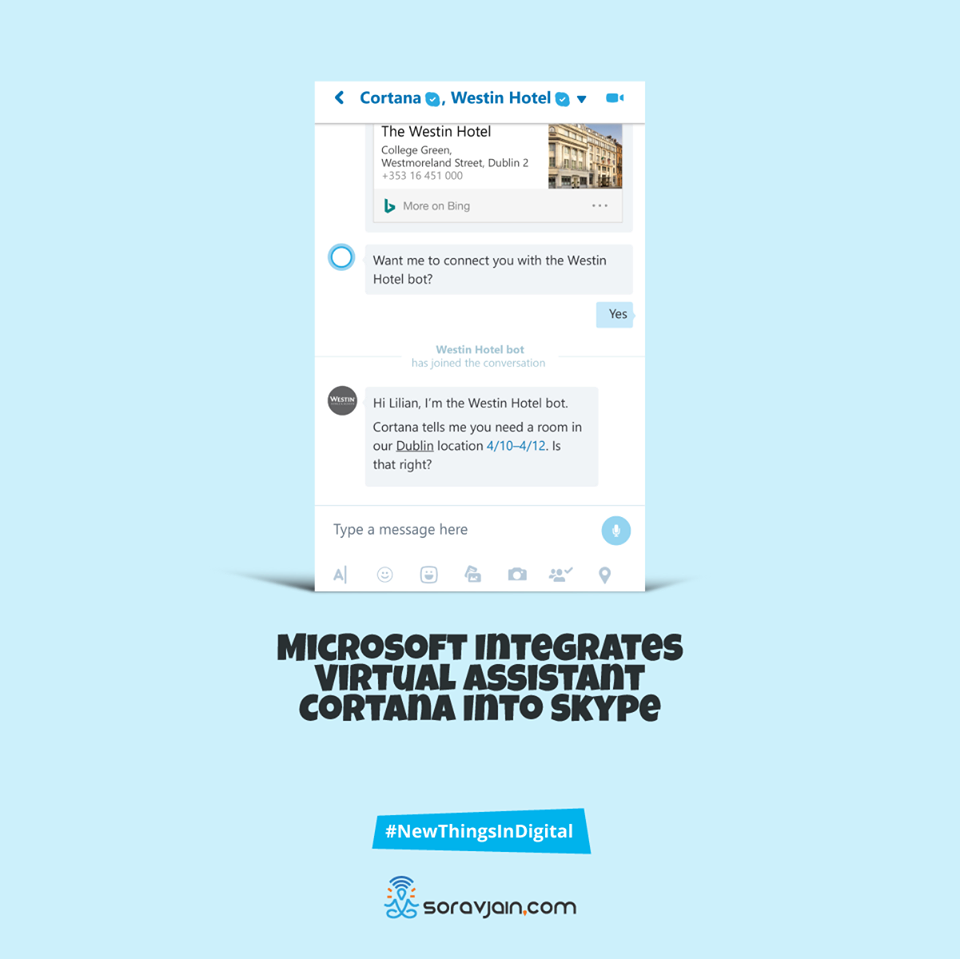 Microsoft announced plans to integrate Cortana, Microsoft’s intelligent assistant, into Skype “to help you in your everyday conversations” with in-context, behind-the-scenes suggestions such as restaurant options, movie reviews, smart replies, reminders, and much more.

Facebook Workplace, its enterprise collaboration software, has quietly launched official desktop PC and Mac chat apps that feature screen sharing. A Facebook spokesperson states that the desktop app is currently still in beta and being tested by Workplace customers.

Facebook began testing a “snooze button” feature on the desktop that allows U.S. users to “temporarily unfollow friends, Pages or Groups for 24 hours, 7 days or 30 days” and “stay connected with the stories they find most relevant.”

Twitter announced plans to launch a new bookmarking tool “in the near future” that will save tweets for later reading.

Facebook unveiled several new Oculus products at the Oculus Connect Conference, starting with Oculus Go, a new stand-alone VR headset; and the Oculus Dash, a VR replacement for a computer screen. Facebook also announced new ways to implement VR as a sales and marketing tool with Oculus for Business and introduced new ways to share VR such as 3D posts in the news feed.

LinkedIn is beginning to experiment with autoplay video ads on mobile among a select test group of marketers. LinkedIn claims that video performs “20 times” better than other posts, which makes it the “highest performing content type” on the platform. With this in mind, the company hopes to eventually make video ads available to all advertisers long-term.

Facebook appears to be testing two new ways to target ads to custom audiences that are most likely to respond. With “Dwell Time,” advertisers can “create a list of users who have spent time viewing your display adverts on Facebook or Instagram.” Link Sharing allows them to “create an audience based on people who have shared your content on Facebook” in the past.

A few months after replacing its ads’ call-to-action button with a horizontal bar that ran along the entire bottom of an ad’s photo or video, the company set the bar’s background colour to switch from white to blue after four seconds to draw more attention to it. Now, instead of blue, the bar will dynamically change to the main colour contained in the ad’s photo or video, the company announced on Monday. Instagram will change the colour of the call-to-action bar to better coordinate with the primary element of the native ad that grabbed the user’s attention.

Facebook introduced an option for desktop users to share their screen directly on Facebook Live. The Next Web reports that this new feature can be found in the Live interface viewed on a Chrome browser, but isn’t available for Firefox as of now.

Pinterest announced that it’s expanding search ads to “businesses of all sizes” through the Pinterest Ads Manager, its self-serve ad-buying tool. The company is also adding autotargeting for search.

Facebook officially rolled out a new Explore Feed on mobile and desktop. Located in the Explore section on desktop and under the “More” menu on mobile, the Explore Feed helps “users discover more content across the social network, beyond posts from friends and Pages [they] already follow” and surfaces “recommended content it thinks you might find interesting, including posts, articles, photos, and videos from sources you haven’t followed yet.”

Twitter rolled out the video website card, a new ad format “that combines the power of video with the ability to drive users back to a site to learn more or take action in the moment” and is expected to create more personalized interactions between brands and users. Video website cards feature a customizable headline, a web page preview, and the ability to work “across a variety of brand objectives” such as video views, website clicks, or awareness. Twitter announced that video website cards are available now to all advertisers globally.

Facebook confirmed it’s currently testing a dedicated Work Histories feature that allows users to list their professional experience and education along with their contact details, image, and other work-related details. Then Facebook showcases this information in “a single, professional-looking package… away from personal photos, status updates, and other Facebook posts people might not wish to share with recruiters and the wider world.

WhatsApp rolled out a new simple, secure way to share your live location in real time with family or friends. With this new feature, WhatsApp users will have full control over whom they share this information with and for how long. The new feature is available on both Android and iPhone and will be rolling out in the app soon

Facebook announced plans to acquire new polling startup, tbh. The app lets users anonymously answer kind and positive multiple-choice questions about friends who see the poll results in the form of a compliment.

Google announced that Gmail users can now “do more” from their inbox with new third-party add-ons such as Asana, Dialpad, and other partners. With these new integration, businesses can quickly and easily connect with customers, track projects, facilitate invoicing, and more directly within the Gmail inbox

Twitter is taking steps to “dramatically increase transparency for all ads on Twitter.” According to the company, this initiative also includes improving controls for customers and stricter advertising policies for marketers. Twitter’s new, industry-leading transparency center will provide greater visibility into who’s advertising on Twitter and the campaign details about the creative, timing, and ad targeting for these ads.

Whatsapp shook the digital world with an explosive line-up of updates! WhatsApp’s icons for voice and video calls were spotted inside an example of a group chat used in the company’s recent announcement about live location sharing rolling out to the app. This sighting has led to speculation that the messaging app will soon expand video and voice calling to ongoing group conversations. Also, there are talks of an option where you can delete messages from a chat withing 7 minutes of departure.

With the help of several scheduling partners, business owners can now add a Booking button to their listing directly from their Google My Business account. Google announced that this new feature will be rolling out over the next few days in the U.S. and will be coming to other countries and business categories “soon.”

LinkedIn is using machine learning to generate “smart replies” within its messaging feature. LinkedIn will suggest three possible responses that are contextual and relevant to the conversations you’re having and the messages you’ve received. Smart replies are first rolling out globally in English within the LinkedIn mobile app and on desktop. In the near future, LinkedIn plans on “personalizing your smart replies further” beyond simple replies with suggestions that might include names. LinkedIn also plans to expand this new technology to more languages.

Facebook is working with “select game publishers” to develop interstitial and rewarded video ads and in-app purchases within Instant Games on Messenger. Facebook also announced it’s making it easier for developers to submit and launch games directly on the platform with more robust developer tools for measurement and ad optimization. Instant Games is a closed beta platform for developer partners on Messenger for iOS, Android, and news feed. Facebook plans to open the platform wider once monetization features and tools are firmly in place.

Facebook announced it will be testing news subscription models in Instant Articles with “a small group of publishers across the U.S. and Europe.” The program will begin with two pay-walled options for publishers, a metered model where everyone gets to read 10 free stories per month before needing to subscribe, and a freemium model where the publishers choose which articles to lock. Those who haven’t subscribed to the publication will also be prompted to subscribe to gain full access to the publishers’ content. Facebook confirms plans to initially test paywalls and subscriptions on Android devices but it plans to expand it soon.

Snapchat rolled out two new features along with an update to its iOS app this past week. These include the ability to share links from other apps via the iOS share sheet, which allows users “to send a private message with the link to one or several people.” Snapchat also rolled out the ability to opt for “Ghost Mode” for a limited span of 3 to 24 hours rather than having to completely turn on or off live location sharing.

Instagram now allows broadcasters to invite viewers to join their live video streams within the app. Once the other person is added to the live stream, the screen splits into two with the host on the top and the guest below. Instagram began testing this new feature with “a small percentage” of users this past August and rolled it out globally on both Android and iOS devices this week.