How To Make Use Of Facebook Ads A/B Split Tests – An Awesome Guide! 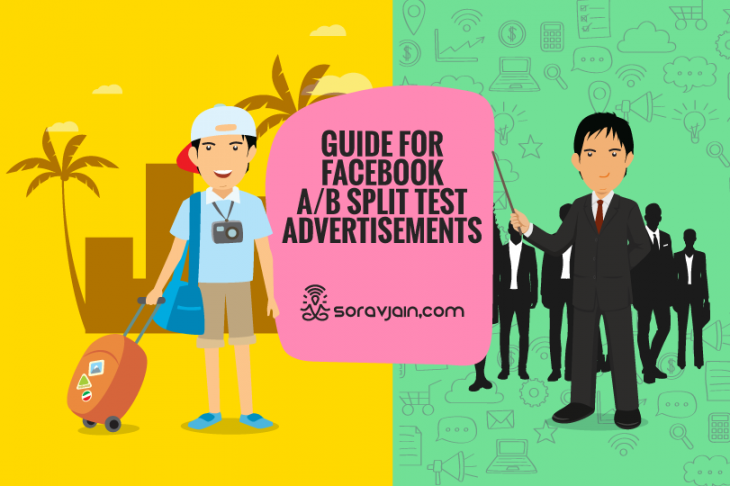 Facebook A/B split test is a new Facebook feature although it is an age-old digital marketing practice. What is AB Split Test? It’s a way for you to judge how well has your advertisement practice fared. Split testing is a way you judge the performance of your advertising campaigns by judging the performance of landing pages, ad copies, creatives, placement and optimization.

With Facebook A/B split test ads, you can judge the performance of two or more versions of a single variable. For example, you can show the same set of advertisements to two different audiences at the same point in time. Earlier, A/B split test with Facebook was complicated with Ad sets in place and the budgets were not rightly split between the ad sets. Sometimes, one of the ads would reach to people more and the rest wouldn’t,  so we would judge the one getting the major traction as the best one.

There are a few things about Facebook Ads A/B Split Test you need to learn:

So what are those variables that you can test in this journey?

I got my hands dirty on Facebook A/B Split Test Ads. I have learnt quite a few things in this process and I would like to share the same with you here.

Step 1: I picked up a Facebook Lead Generation campaign for my Free Digital Marketing Course. As you select the objective, you need to also tick the box to opt for a split test. Its shows as a new feature when you select Lead Generation, Website Traffic, Website Conversion or App Install as an objective. 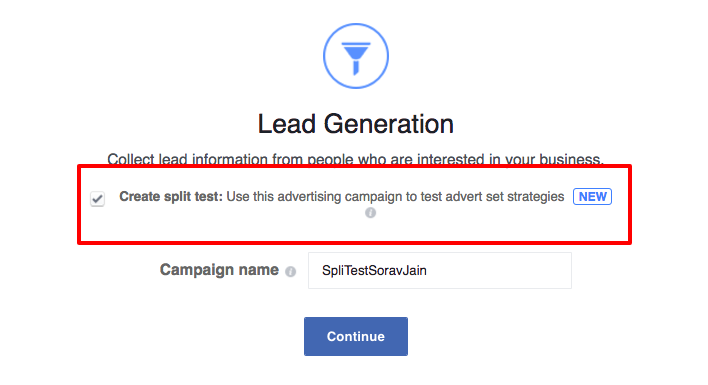 Step 2: Of the 3 different variables, I picked ‘audience’ as a variable to test. 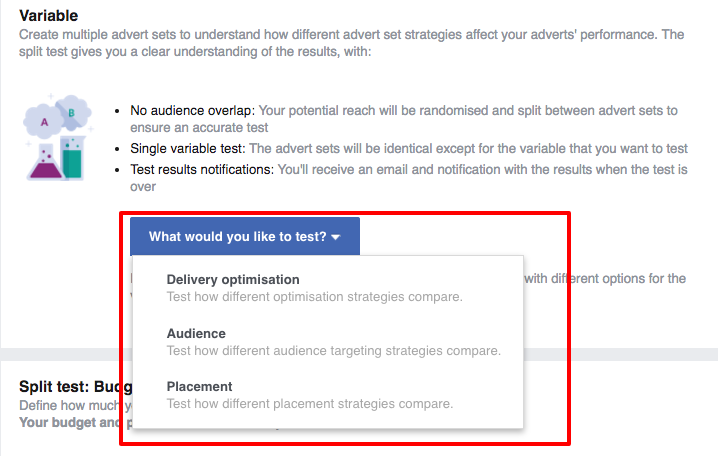 Let’s explore what we can discover in the “Audience variable”option.

Though Facebook ads dashboard shows saved audience, you can pick up an audience of your choice. You don’t have to necessarily make use of saved audience. 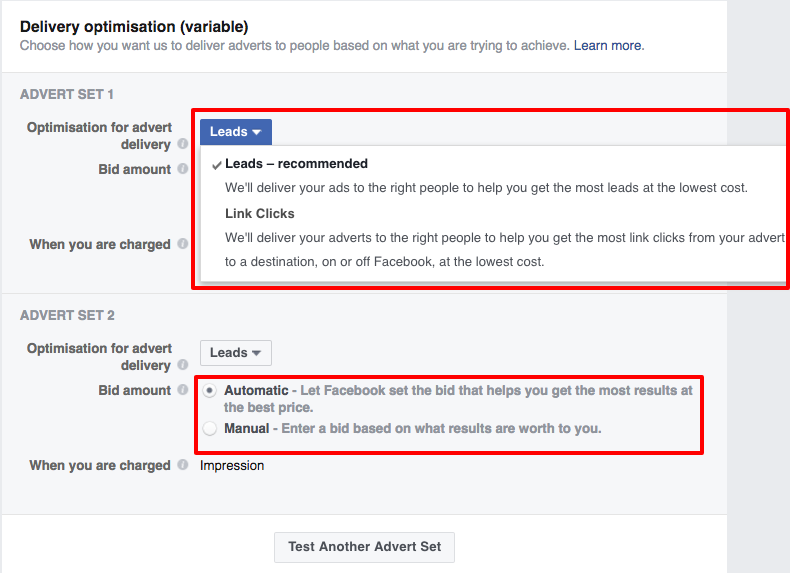 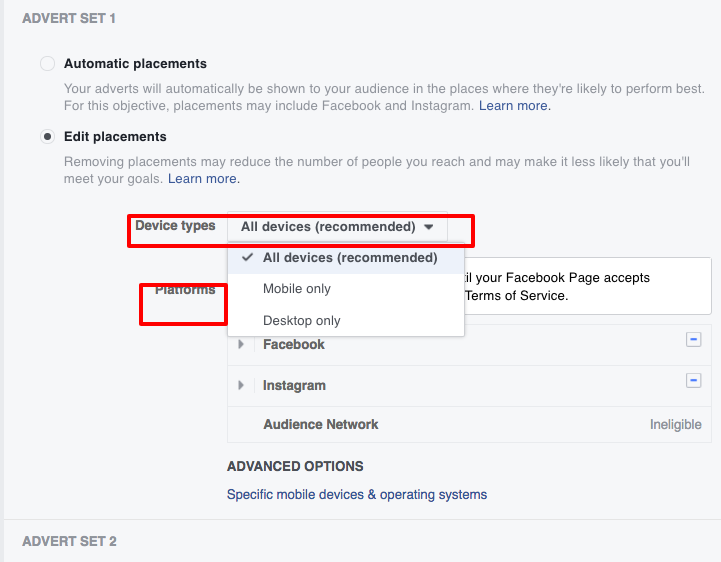 Option 3: If you pick placements as a variable, you can choose between automatic placement and your choice of placement. If you are creating two ad sets on your choice of placement you can distinguish between mobile and desktop or facebook, Instagram and audience network. This is a brilliant way for you to learn which platform is delivering the most leads at a lesser cost.

Step 3:  While you pick your ad budget, you can do an even split of the budget in between two advert sets or you can give weightage in the ratio of your choice. You need to run these ads for a minimum of 3 days. You can opt for an option to deliver you result as soon as the winning set is determined. 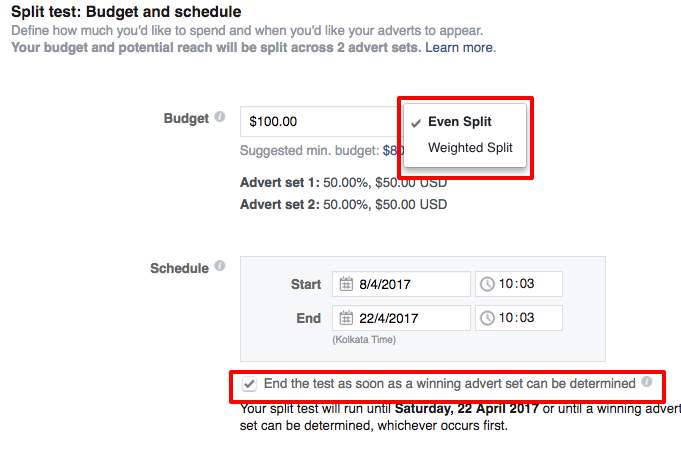 I spent about 20 dollars on Facebook Ads Split Test to test two different audiences for my Free Digital Marketing Course.

The first ad reached about 5,225 visitors and cost me about 10 cents per lead whereas the blog visitor and lookalike cost me about 20 cents. It is evident from the results that advert set 1, targeting digital marketing enthusiasts  is a better option for further campaigns.

As a Result of Lookalike Audience Targeting Variable

Lookalike audience and website visitors haven’t shown much interest in the advertisements compared to the Digital Marketing interested individuals.

As a Result of Digital Marketing Interest Audience Targeting Variable

Though the first ad copy reached to almost 2000 people in both the case, the audience interested in Digital Marketing reacted more to the advertisements.  Therefore, the leads are higher and cost per lead is cheaper when compared to Lookalike audience. Also, the creative that performed well with the first audience isn’t the same with the 2nd audience. This also defines what kind of creative both the audience would like to see with further advertisement sets targeting them.

Not at all. Here are few reasons: