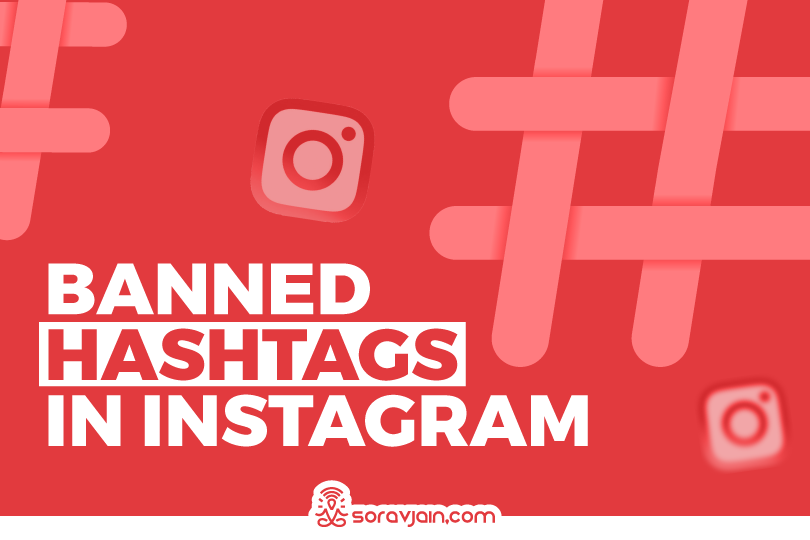 Instagram is one of the most powerful tools that one can have to build a great image and get exposure to what’s going on in the digital world.

Instagram is a free world where you can express your opinion, share your thoughts and ideas with others. But it is not free of restrictions either.

While on one hand Instagram lets you post free content and market your products or even make new connections, it has certain guidelines to protect their users’ interest.

As people around the world come together and share their experiences the platform does protect and safeguard certain interests to make sure their users are offended and the community as a whole stays holistic and in good sense.

We all know how important hashtags are on Instagram.

While posting amusing content is one side of the coin, tagging them with the right hashtags is another. It is as important as writing a post description for it boosts the post visibility.

Without the right hashtags a post is merely seen only by your followers and sometimes can even get ghosted.

Also Read: Best Instagram Tools Every Marketer Should Use While prohibiting users from posting sensitive content, Instagram also has some guidelines and restrictions relating to hashtags.

Instagram hashtags are used for better reach.  And with the limit of 30 Hashtags on Instagram, we all want to make the most out of it.

But beware, there are a few hashtags that might land you in trouble.

Today, we will see what are the banned hashtags and what the consequences are if used.

As the name suggests, they are restricted for people to use, and the consequences can lead to low engagement, low reach, or even account suspension. Banned Hashtags can be both inappropriate words and daily used normal words.

Permanently Banned Hashtags stay banned forever. They cannot be revoked, and the use of them can lead to severe penalties.

These are words that are mostly filtered under inappropriate and are banned because they somehow break the Instagram brand guidelines.

When you search for these hashtags on Instagram, there is a warning message before you see the content.

The posts under have no organic reach, and continuous reach will lead to a ban from Instagram.

Temporarily banned hashtags may be banned today, and can be revoked in future.

Avoiding them is the only way to deal with it, but the bigger challenge is to identify them.

There are many Hashtag management apps like flick that can right out filter the hashtags for you to be on the safer side.

So invest in those, and increase your reach positively.

What happens if you use banned hashtags?

Well, the whole reason for having banned hashtags is to protect the interests of certain groups and make Instagram a better place to share thoughts and ideas and content.

When you search for a hashtag that is completely banned you will find no posts under them for they are hidden.

The best way to know if a hashtag is banned on Instagram is to search for it in the application itself.

As you type the hashtag on the search bar it should show up. If it does, then you are good to go to use it.

Instagram’s terms of service states that the team frequently reviews these hashtags may make changes later and such hashtags fall under the category of partially banned hashtags as mentioned above.

Using banned hashtags can land you in great trouble. It is often considered offensive to use such hashtags.

If you constantly keep using them, your account can be shadow banned. This means that Instagram can ban your posts without your knowledge.

What would be the consequences of it?

Well, your posts will not be shown up anywhere.

When you check it out, everything might seem fine but then others will not be able to view your content.

This can drastically affect your visibility and bring down your reach. To prevent this, switch between hashtags and use unique related hashtags than regularly using the same set of hashtags.

Another tip will be to not even consider banned hashtags.

The complete list of banned hashtags is always available on the internet.

So next time before posting something with fancy hashtags, check out if there are any banned hashtags in the list.

If nothing’s there then you are good to go.

Instagram is a great place to publicise your brand. Make sure you do it in the right spirit and in the right way.